Abstract: The control of flexible joint robot is getting more attentions because its applications are more frequently used for robot systems in these days. This paper proposes a robust impedance controller for flexible joint robots by using integral sliding mode control and backstepping control. The sliding mode control decouple disturbances completely but requires matching condition of disturbances. The dynamic model of FJR is divided into motor side and link side and the disturbance of the link side does not satisfy matching condition and cannot be decoupled directly by the actual input in the motor side. To overcome this difficulty, backstepping control technique is used with sliding mode control. The mismatched disturbance in the link side is changed into matched one in the respect to virtual control input which is the state controlled by actual input in the motor side. Integral sliding mode control is used to preserve the impedance control performance and the improved robustness at the same time.

Nowadays, control of flexible joint robots (FJR) are getting increasing interests [1-5]. Flexibility in robot joints comes from flexible mechnism like series elastic actuator, belt-pully transmission and harmonic drives. Because of the variety of robotic field, the control of FJR is becoming very important topics.

Main topic of this paper is to propose a robust controller which can decouple disturbances in FJR. There are representative robust control methods such as

The impedance controllers are designed first and they are capsulized by integral sliding surfaces. An ISMC is designed for the link side first and then for the motor side based on Lyapunov stability.

Ths paper organized as follows. chaper 2 formulates the problem to be solved. The basics of ISMC and backstepping control are discussed in chapter 3 and their composition and apllication to FJR is considered in chapter 4. Simulation results are shown in chapter 5 and conclusions are given in Chaper 6.

Consider the following dynamics of a flexible joint robot:

where u is the torque input, w is the disturbance, I1 is the link inertia, I2 is the motor inertia, m is the mass, g is the gravitational acceleration, l is the link length, k is the stiffness constant and θ1 and θ2 are angular positions of link side and motor side respectively.

It is desired to improve the robustness of the system against the disturbance by using the SMC, but the matching condition is not satisfied as shown in the difference of g and D in (2). To overcome this difficulty, the backstepping control is used with SMC in this paper.

The ISMC has the robustness of the original sliding mode control and the performance of a nominal system without the effect of existing uncertainties. The ISMC input consists of two parts.

where the term u0 is the nominal controller generated by a high level controller (which can be designed according to any suitable design method), while uD is a discontinuous control action designed to reject the matched perturbation terms, forcing the states stay on a suitably designed sliding manifold s=0.

The integral sliding manifold is defined as

where z is chosen to have the following dynamic.

In the implementation of the ISMC, the system can be on the sliding surface from the initial time, i.e.

Under the ISMC, the system behaves as like nominal system which does not have any disturbance or uncertainty. On the sliding surface the following is satisfied.

This shows that the system has nominal characteristics on the sliding surface. To derive the ISMC input through the Lyapunov stability, let the Lyapunov candidate function be

The sliding function s converges to zero if the following condition is satisfied.

The followings show how to derive an ISMC input to satisfy the above condition.

Considering the equation above, complying with the matching condition, the discontinuous input that makes

where g is a common matrix of the input and the perturbations.

The ISMCs reject the matched perturbations only. But as shown in (2), the link side disturbance does not comply with the matching condition. To apply the ISMC to the FJR, backstepping control must be used with ISMC.

For backstepping design, the overall system must be divided into cascaded parts and expressed in strict-feedback form as

is link side state and

is motor side state,

As part of the backstepping procedure, a state

is virtually controlled by the state

. Then, the actual state

and this stabilizing virtual control can be denoted as

. This tracking control objective is described as

The actual control input used to achieve the above control objective. The detail explanations for the input derivation of the FJR will be shown in chapter 4.

and then recursively the state

which is the output of the FJR.

are impedance gains for link side and

are impedance gains for motor side.

Then error equations are as follows.

For the link side system, the proposed integral sliding surface is defined as

And for the motor side, the sliding surface is defined as

In the first step, the desired

is derived based on the ISMC. The first Lyapunov candidate function is chosen as

Its time derivative is

to be less than zero, the discontinuous control input is determined as

derived in this step is the reference input of

and it can be denoted as

The second Lyapunov candidate function is chosen as

The total Lyapunov candidate function can be defined as

Its time derivative is

is less than zero, the

This chapter presents the simulation results. The parameter values used in simulation are shown in Table 1.

Impedance gains are given as follows.

The following disturbances are assumed.

Figure 1 shows the outputs of the FJR system for the backstepping impedance control for the case of nominal system and the case of existing disturbance. 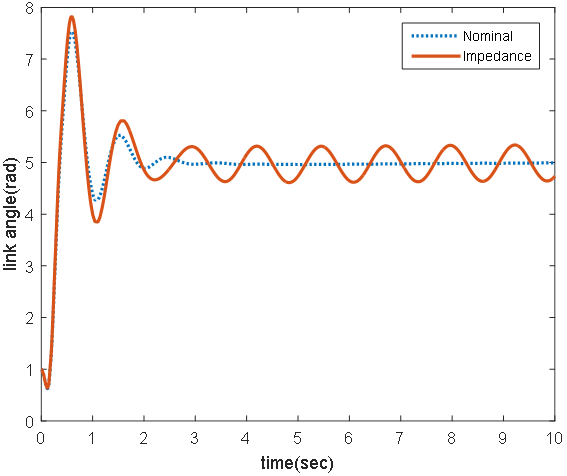 Figure 2. Shows the output of the FJR controlled by proposed controller in the case of mismatched disturbance. 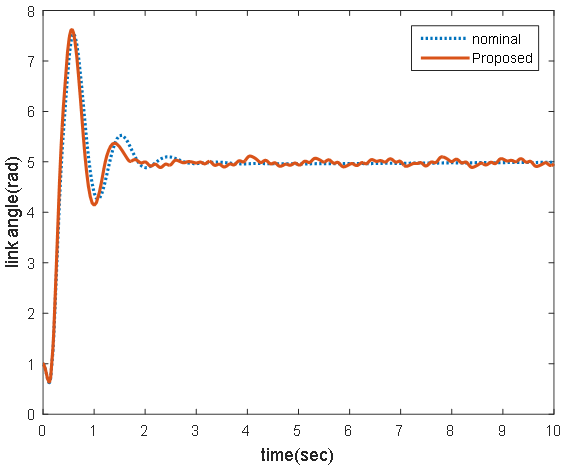 The Figure 2 shows that the FJR output controlled by the proposed controller is not affected by mismatched disturbance. 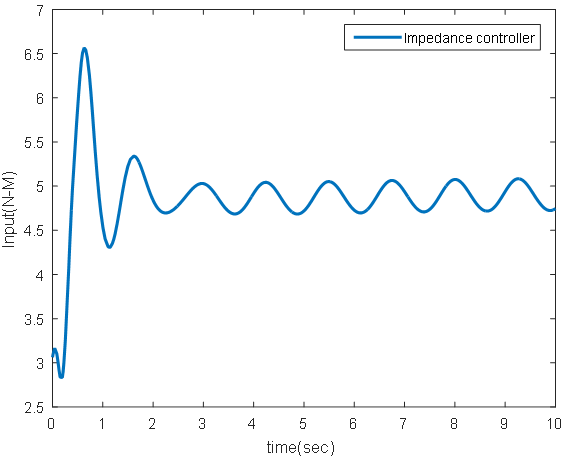 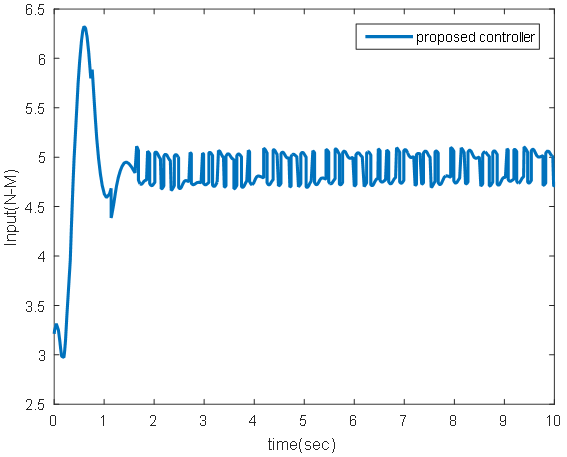 This paper was supported by Changwon National University Research Fund in 2015~2016.