Abstract: Background: Learning style has been the focus of numerous studies, but it remains complex and affected by many factors. Nursing students should learn large quantities of theoretical content in a short period of time. Aims: The purpose of this study was to determine learning styles among undergraduate nursing students in School of nursing and midwifery, Tehran University of Medical Sciences, Tehran, Iran. Method: Using Institutional based cross-sectional descriptive study and self-administrated structured questionnaire. The questionnaire was divided into two sections including (a) demographic profile, and (b) Kolb’s Learning Style Inventory. Data was collected from 232 systematically selected undergraduate nursing students from School of nursing and Midwifery, Tehran University of Medical Sciences, Tehran, Iran. After coding and cleaning, data was entered and analyzed by SPSS Window version 21. Descriptive statistics was used to see the frequency and percentage of each variable. P-value <0.005 was significance measurement for the result in this study. Results: A total of 232 undergraduate Nursing students on the study; the majority 143(61.6%) were female and 89 (38.4%) of respondents were male. Most of the participants (60.8%) being in the age group of 20-25 years. The most frequency learning style of students was AC (37.5%). In addition, AE (30.17%), RO (19.83%) and CE (12.5%) were in the next order in LS of students. However, there was a relationship between self management and AC of LS (F=8.485; P=0.004).In addition, female students were a high scorer than male students respectively (55.6% and 14.4%). There was no relationship between LS and self study, permanent residence, living, place and the average hours of independent study. Conclusion: Facing the various challenges of the effective learning issue, many researchers attempted to conceptually systematize the learning preferences by constructing explanatory models of learning styles.

Facing the various challenges of the effective learning issue, many researchers attempted to conceptually systematize the learning preferences by constructing explanatory models of LS. The present study is based on one of the most popular and influential model of LS, which it was developed (1). On the other hand, taking into account the teachers’ perspective, the fact that students have different LS represents a constant challenge, because the optimal instructi-on presupposes diagnosing individuals’ LS and tailoring instruction accordingly(2). LS refers to this view that different people learn information in different ways "and "refers to the concept that individuals differ in regard to what mode of instruction or study is most effective for them" (3). During the last three decades, many studies have been conducted on the field of LS and academic achievement(4). Most of the studies fields were focused on the progresses of nursing student’s readiness. Many studies indicated that nurses need continuing education to ensure they maintain professional competence(5). A study was conducted in Egypt which used to investigate that how LS and preferred learning approaches influence student’s LS and academic achievement in nursing faculty(6).The study result indicated that students were prefer their LS: Read and visual learning(19.4%),Read and writing (4%) and Visual LS(48.5%). In addition, 40% of all students in Saudi Arabia were constituted on Active Learning style. ). Many studies have focused on the weakness in LS and students’ study strategies in college (7), tested the hypothesis that" there is an interaction between LS and student’s study strategies, which indicates that only 36% were completed their courses. In the study it was suggested that students who have failed in two courses. They had less opportunity to complete their program. Moreover, a number of Studies showed that there are significant relationships between LS preference and academic achievement. Also, LS affect the way of students learning process(8). The purpose of this study was determined the learning style among undergraduate nursing students’.

A cross-sectional descriptive study was conducted from March 2013 to February, 2014 in the school of nursing and midwifery consists of total undergraduate nursing students in the school from 2009-2013 were about 743 persons (Tehran University of Medical Sciences., 2012).

An anonymous self-directed self-administrated and pretested consisting of closed ended-and ordering questions, was utilized. One female instructor were recruited and trained to work as data collectors. the questionnaire was divided into 2(two) sections including (a) socio-demographic profile which consists: Age, sex, marital status, permanent residence, living area, Department grade level, academic achievement, average hours of independent study, average hours for social activities, and students study planning. It was consists all these variables and each variable have their own options; (b) learning styles questionnaire. On Kolb’s LS in nursing student’s questionnaire. For LS was used the Persian version of the Kolb’s LSI (Learning Style Inventory) in nursing students which were showed valid and reliable instruments. The Kolb’s LSI questionnaire consists of 12 items with 1-"least like you"’2-"third most like you’"3-"Second most like ", and 4-"Most like you" grading option. It requires the respondents rank order, their preferences. It classifies an individual’s LSs based on 4 major kinds of capability. This inventory measures an individual’s relative emphasis on 4 learning Modes or scales; Concrete Experience (CE), Reflect Observation (RO), Abstract Conceptualization (AC) and Active Experimentation (AE) (Kolb’s., 2012).

The data were entered; cleaned and analyzed using statistical package of Social Sciences (SPSS) software Version 21.0.Descriptive statistical like frequency distribution and percentage calculation was made for most of the variables. The inferential statistics was calculated using all the participant scores as well as course subgroup. Finally, the results were presented with 95% confidence interval(IC) (P<0.05).

In this study, the four constructs(Concrete Experience, Reflect Observation, Abstract Conceptualization, Active experimentation) theory of experiential learning that can give us a useful model by which to develop our practice (Stage of learning from Institute for take place Model were used according to the following definitions. Concrete Experience was considered when students had a new experience of Situation is encountered, or a reinterpretation of existing experience. Reflective Observation was assured when the nursing students had a new experience; of particular importance are any inconsistencies between experience and understanding. A students had Abstract conceptualization when they give rise to a new idea, or a modification of an existing abstract students were applies them to the world around them to see what results.

Ethical clearance was obtained from the school of nursing and Midwifery academic head and administration body for access to the study sites. In addition, Permission was sought from the medical Research Council of Tehran, Iran and the Joint research Ethics Committee, Ethical Review Boards for the protection of human subjects in the study. After Clear Explanation of the purpose of the study to undergraduate nursing students, their verbal consents were obtained.

Table 2. Students’ learning styles according to some of demographic characteristics. 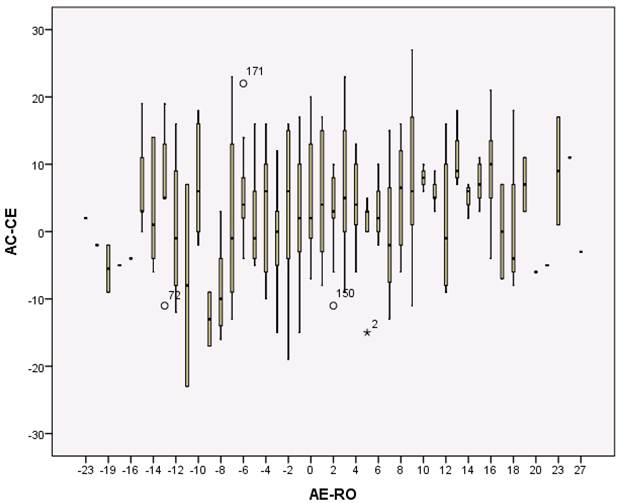 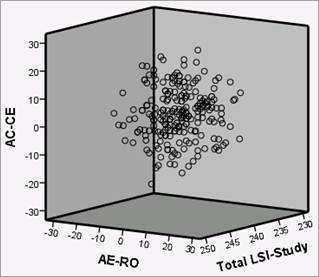 This is the first study which conducted among undergraduate nursing students’ LS in school of nursing and midwifery of TUMS. More research with larger groups is needed to generalize this result. Meanwhile, Practitioners in universities, school of nursing and midwifery, higher education need consideration in identifying the factors that lead to change their Learning style. In nursing, the rapidly changing health care delivery and practices require sound LS and decision making skills. Furthermore, it is necessary to provide students with the skills to seek analyze and utilize information effectively.

• Educate all students who are attending universities, college and any higher educational level about the main purpose and importance of LS.

• Examine the effectiveness of teaching strategies in continuing education programs that incorporated the predominant LSs of course participants.

• The main recommendation is to repetition of this study with a larger sample size.

• Conducting action research that would apply specific techniques to target diverse perspectives, communication with faculty and peers, asking questions in class, class discussions, and perceived difficulty of course work, and preparation for class is recommended.

• For future research, it would be interesting to explore LS in undergraduate nursing students.

• Replicating the study with only nursing students who have been accepted into a nursing program, might address engagement issues (diverse perspectives, communication with faculty and peers, asking questions in class, class discussions, perceived difficulty of course work, and preparation for class) that are specific to students who are committed to a particular course of study. Although the majority of subjects in this study were admitted into the nursing program, the majority of subjects from the freshman course had not yet been admitted. This study might be designed as a longitudinal study over the three year period that a student would be in the nursing program.