The relationship between segmentation failure and spermatozoa motility characteristics

Department of Anatomy and Histology and Emberiology, Faculty of Medicine, Al-Andalus University for Medical Sciences,Tartus, Syria

Abstract: Dynamics of sperm motility (sperm velocity, percentage of motility and flagellar beat frequency) and monthly variations of semen characteristics (semen volume and osmolality and sperm concentration and motility) were studied. These criteria were used in the embryology laboratory and reproductive biology in the city of Lattakia, Syria, This study showed that sperm velocity, percentage of motility and beat frequency significantly and rapidly decreased after the activation of sperm motility. To study the dynamics of sperm motility parameters, twenty permeating males were randomly selected and electronically tagged to study the variations of semen characteristics. Specially we focused on the relationship between segmentation failure in cases treated with In Vitro Fertilization (IVF) to define the characteristics using the Computer Assisted Sperm Analysis (CASA). This study compares the reference group (normal) and a group of individuals treated with IVF, who have failed the treatment where segmentation did not occur. The role of the spermatozoon in fertilization expresses itself especially through the motility criterion. Studying the motility characteristics using CASA method seems interesting in clarifying the relationship between some of the motility characteristics and the ability to fertilize in order to determine the notification in cases of IVF. This study based on the acquired information of 85 normal voluntaries as references cases. And 45 patients with segmentation failure in the Embryology-lab of Al-Andalus University for medical Sciences between 2012- 2013. The results were clear, that significant relationship and correlation between segmentation failure and motility of the sperms.

Knowledge on the sperm biology of a species is important for two main reasons. Percent motility and sperm velocity have been correlated to reproductive success in fish [1]. For the analysis of these indicators of sperm quality, computer-assisted sperm analysis (CASA) represents a most objective and comprehensive method of quantification [5]. CASA has therefore been employed in the determination of individual variation of sperm quality [6].

To date, very little is known about hake sperm biology. By the lateral insertion of the flagellum and the location of the centrioles outside the nuclear fossa, hake sperm belongs to the perciform type[7]

CASA device, as it shown in figure 1, consists of a microscope with high-resolution camera, in addition to an image-recording device. The device records, each 1/25 of second, the location and the weight-center of the spermatozoon head. After converting these images into digital values, the system can draw a track for the spermatozoa head motility[8]. 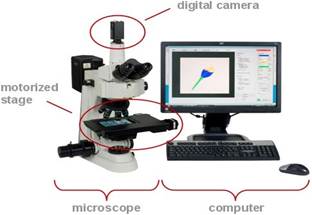 This method provides a sensitive means to study the spermatozoa study criteria routinely without relying on laboratories’ experience and without errors[9].

• Stimulating multiple follicles and eggs to develop: There are several ovarian stimulation medication protocols that are used to "pump up" the ovaries to make enough follicles and eggs. Without stimulating medications, the ovaries make and release only 1 mature egg per menstrual cycle (month). In order to maximize success rates with in vitro fertilization we want a good number of high quality eggs from the woman.

• Egg retrieval to get the eggs

• Fertilizing the eggs in the laboratory

• Embryo transfer to the uterus

With ovarian stimulation for in vitro fertilization, the goal is to get approximately 8 to 15 quality eggs at the egg retrieval procedure.

Computer Assisted Sperm Analysis (CASA) was used to measure a series of parameters characterizing the motility and the sperm swimming performances.

If the sperm count or motility is extremely low, we usually assume this is the cause of the fertility issue. If the count or the motility is slightly low, it could be a contributing factor, but the sperm might not be the only fertility issue in the couple[10]. The following characteristics were studied using these computer imaging system:

• The proportion of the motile spermatozoa

Spermatozoon motility describes the ability of sperm to move properly through the female reproductive tract (internal fertilization) or through water (external fertilization) to reach the egg Sperm motility can also be thought of as the quality, which is a factor in successful conception; sperm that do not "swim" properly will not reach the egg in order to fertilize it. Normally the motility can be as Straight moving, Zig-zag moving, Vibrating, Non-motile. Whoever Human spermatozoon moves in a linear, progressive manner, in a false spiral head motility[15]. This movement results from flagellar wave progression to the proximal part towards the distal part of the flagella, on the one hand, and the cellular rotation by 180 degrees. Spermatozoon head motility is made in two types of tracks. Linear track with a change in direction every 0.5-4 seconds, mostly. Irregular movement due to change in direction.

Right after triggering the sperm activation, the wave is present along the flagellum, but its parameters change during the motility period (Figure 2). 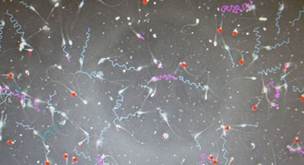 Figure 2. regular movement due to change in direction of Spermatozoon heads

This study showed that sperm velocity, percentage of motility and flagellar beat frequency significantly decrease after the activation of sperm motility

The flagellar waveform is composed of a bend with a larger angle and a bend with a smaller angle to achieve oscillation of flagellar bending, the sliding of specific microtubules and its displacement during the reverse direction of sliding are considered necessary.

Figure 3. regular movement due to change in direction of Spermatozoon

As it shown in figure 2 A possible model for the oscillatory mechanism of flagellar bending. Dyneins on two sides on the plane of the CP apparatus are regulated by signals of the RS/CP apparatus, resulting in the formation of a planar wave. The axons are fixed at the basal body near the sperm head. The base or tip of the flagellum points toward the minus or plus end of doublet microtubules, respectively. Dyneins are minus-ended motors (red and pink arrows), sliding adjacent microtubules to the plus end. The bending provides feedback and switches active dyneins, resulting in the sliding of opposite microtubules across the bend as it shown in figure 3.

The ability of the spermatozoon to fertilize is linked to motility, where there is a clear relationship between motility and the ability to access inside the cervical mucus, as well as the ability to be treated with IVF.

Many researchers have found a relationship between the lateral amplitude of the spermatozoon head motility and the zona pellucida penetration test in rats[10].

In cases of IVF, the mobility criterion remains the most important one. According to the medical literature, it is clearly shown that the lateral amplitude of the spermatozoon is a very important criterion in determining the ability to fertilize.

Eighty-five normal cases have been studied as reference objects; they met the following criteria:

• A married man who has children

• The youngest of his children is two years old

The results were as follows:

The results confirmed that the motility and the lateral movement of the head remain the most important criteria in fertility.

Inclusion of the concentration of progressively motile spermatozoa into the selection gave the best prediction of results.

The results presented here have clearly demonstrated that the outcome of our experiments are strongly influenced by semen quality. Previous studies have reported significant correlations between the percentages of motile spermatozoa in semen samples and the outcome of segmentation failure.

We were able to identify significant relationships between sperm movement characteristics and the outcome of the segmentation failure.

Finally we can consider the movement cretion ALHmax as an indicator for segmentation in IVF.

We thank the Faculty of medicine, Al-Andalus University for medical Sciences for help and supporting this study.