Immune-Related Gene Spatzle4 and Its Differential Immune Responses against Microbes in the Silkworm, Bombyx Mori

Abstract: Spatzle is a key factor in Toll signaling pathway against microbe invasion. The spatzle4 gene from silkworm (Bmspz4) was successfully cloned in this study, it is the second cloned and studied gene in the Spz family besides Bmspz1 in the silkworm and it was cloned for the first time in silkworm integument. The spatzle4 gene expression was analyzed in different tissues of the third day ﬁfth instar larvae and the highest expression was detected in the head, and secondly in integument. Microbe infection showed that BmSpz4 participated in immune response. The transcriptional expression of BmSpz4 was induced differentially between Gram-negative bacteria and Gram-positive bacteria or fungi. This study showed that Bmspz4 gene plays an important role in the innate immunity of integument of silkworm, Bombyx mori.

Lepidopteran insects provide important model systems for innate immunity of insects. Caterpillars are among the most serious agricultural pests, and understanding of their immune systems has potential practical significance[1]. The silkworm is a model organism in the study of Lepidopteran. It is also an economically important insect.Sericulture has a history of more than 5,000 years. Sericulture production is a traditional industry in China. However, silkworm diseases have caused a great loss in economy. Due to the needs of industrial development, immune defense mechanism of the silkworm is a long-term focus of attention. Studies on the silkwormimmune-related genes establish a good basis in the immune response against pathogen. This not only supplies a theory for disease-resistant abilities of silkworm variety, but also has significance in the development of new environmental pesticides and a new pathway for pest control.

Insects have no acquired immunity, and to resist the invasion of external microbes, they can only rely on their own natural immunity [2]. Innate immune system consists of humoral and cellular immune components. Cellular immune responses including blood cells mediated reactions, such as nodule formation, phagocytosis, and embedding, besides, humoral immune responses include activation of antimicrobial peptides (AMP) synthesis, prophenoloxidase system and melanization [3-5]. In response to microbial infection, the host activating multiple signaling pathways to induce the expression of AMPs, in which the main signaling pathway has Toll, IMD and JAK / STAT pathway[6].

Toll signaling pathway is the most studied signaling pathway. The Toll pathway in Drosophila and the interleukin-1 receptor (IL-1R)-NF-kB pathway in mammals are homologous signal transduction pathways [7]. Spatzle factor was first discovered in Drosophila, there are mainly two aspects of function in Drosophila. Spatzle is a key signal transducer for embryonic development and immune responses [7,8]. It is an active ligand resulted from easter-mediated proteolysis of pro-spatzle, binds to the toll receptor on the ventral side of the syncytial embryo to initiate an intracellular signaling pathway for ventralization [9,10]. In Drosophila adults, prospatzle protein was cleaved into an active form by Spatzle-Processing Enzyme (SPE) [11]. Taussig’s study on the Toll family showed that different family members could identify different microorganisms and trigger different antimicrobial reactions. Toll-2 is involved in the immune response challenged by bacteria, Toll-1 and Toll-5 can activate the expression of antifungal peptide genes[12]. Toll is activated by interaction with a cleaved form of the cytokine-like polypeptide Spatzle[13,14]. Pro-Spz processing and toll pathway activation induce the synthesis of antimicrobial peptides.

In this study, a new immune-related gene BmSpz4 was cloned from the epidermis of silkworm, Bombyx mori. The evolutionary relationship of homologous genes of different species was analyzed. The microbe-induced expression profile of BmSpz4 and its function was also studied and possible molecular mechanism of silkworm immune response was explored.

The reaction product was cloned into pMD18-T vector (TakaRa) and confirmed by DNA sequence analysis.

The Spz4 ORF sequence was made BLASTN in silkworm genome database (http://silkworm.genomics.org.cn) to get the genome and mRNA sequence. For searching the DNA and protein databases [SWISS-PROT], the FASTA and BLAST programs (BLASTX, BLASTN and BLASTP) were used. Conserved motifs in protein and peptides were identified with the program PROSITE. The Open reading frame (ORF) was calculated by the program FRAMES. Exons and introns analysis were made by Sim4 (http://pbil.univ-lyon1.fr/sim4.php). The physical and chemical properties of protein and hydrophobic analysis were got through ProtParam and ProtScale. The G+C content was calculated by the program WINDOW. Codon usage was performed with the program CODONFREQUENCY. The programs SMART and TMHMM were used for the prediction of transmembrane domains and the membrane topology of proteins. Multiple sequence alignment and construction of the phylogenetic tree was obtained by ClustalX (Version 1.83) and MEGA 4.0 softwares.

To test the hypothesis that BmSpz4 participates in immune responses, the levelsof BmSpz4 mRNA was compared in integument after the silkworm larvae were injected with water and different microorganisms.

Silkworm was 5-4A, provided by Dr. Gui of Sericultural Research Institute, CAAS. Day 3, fifth instar silkworm larvae were injected with H2O (10 μl), Bacillus subtilis (1.7 × 109 cells/ml, 10μl), Escherichia coli (6.4 × 109cells/ml, 10μl), Saccharomyces cerevisiae (1.6 × 109 cells/ml, 10μl). Above bacteria had been formalin-treated (6% formalin 25°C for 30 min). Integument tissues were dissected at 24 h after injection for total RNA isolation. Then semi-quantitative RT-PCR was made as mentioned above.

3.1. Cloning and Sequencing of BmSpz4 Gene

The complete open reading frame of BmSpz4（Accession number：JN628282）was cloned and sequenced, and its 3 ’end untranslated region was also cloned and sequenced using 3’-RACE technology. After sequencing, it was found that the actual ORF is the same with the corresponding predicted sequence in the SilkDB database. However, 3' untranslated region is not consistent with the prediction. 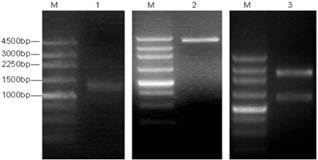 The product was detected by 1.0% agarose gel electrophoresis and the expected band appeared between 1 KB and 1.5 KB marker bands (Figure 1-A). After target DNA extraction using gel recovery kit, the DNA fragment was inserted into the pMD18-T vector. Then we got positive clones through the blue-white selection. Shown in Figure1 are the digestion patterns of the recombinant plasmid digested with Pst I enzyme (panel B) and with XbaI/SalⅡ (panel C).

The BmSpz4 is located in the chromosome3 scaffold2927, only one copy is found in the genome. The gene has four exons and three introns, encoding 425 amino acid residues. The nucleotide sequence and the predicted BGIBMGA008841-TA gene sequence in SilkDB database are almost the same except one base (Fig 2). ProtParam predict thatBmSpz4 molecular mass is 49.36 kD, isoelectric point5.31. It has no predicted N-terminal signal peptide. BmSPZ hydrophobicity is maximum 1.733, minimum value is -3.011. The hydrophobic and hydrophilic regions of the protein amino acid sequence are staggered. SPZ has no transmembrane domains. 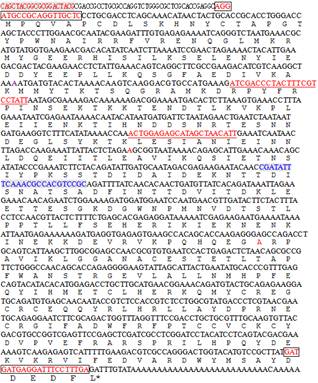 Fig. 2. The cDNA sequence and protein sequence of Spz4 gene in silkworm.

The primer sequences used for polymerase chain reaction of complete ORF of BmSpz4 are in the box. The primer of 3’-Raceis underlined and highlighted. Shaded primers were used for semi-quantitative RT-PCR of BmSpz4 expression. The asterisk indicates the stop code.

Through the NCBI Blastp (http://blast.ncbi.nlm.nih.gov/Blast.cgi) procedures online for protein sequence alignment, the amino acid sequence of BmSPZ4 and those of Drosophila melanogaster, Nasonia vitripennis, Gambia mosquitoes, Anopheles gambiae, Tribolium castaneum, Acyrthosiphon pisum SPZs have closer relationship than those of mammalian SPZs. By sequence alignment, it is shown that the Spatzles from different insects have a highly conserved C-terminal cysteine-rich domain (Cys-knot domain) (Figure 3).

According to the amino acids sequence of different Spatzle proteins, the phylogenetic tree of Bmspz4 was constructed with homologous proteins from other species, including Drosophila melanogaster, Nasonia vitripennis, Anopheles gambiae, Tribolium castaneum, Acyrthosiphon pisum, Apis mellifera, Harpegnathos saltator, Danio rerio, Mus musculus, Homo sapiens and Xenopus tropicalis. The result showed that the amino acid sequence of BmSPZ and those of insect SPZs have closer relationship than those of mammalian SPZs (Figure 4). 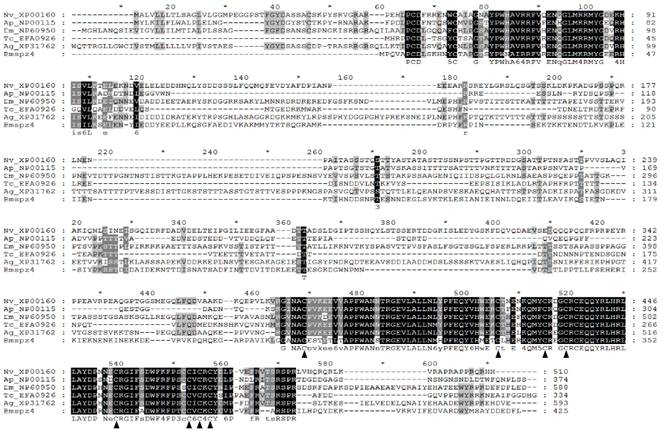 Fig. 3. Comparison of amino acids sequences of SPZ homologous proteins in silkworm and the other insects. 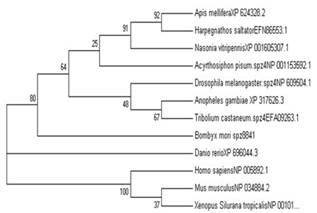 Fig. 4. Phylogenetic tree of Bmspz4 with its homologous proteins from other species.

The silkworm eTIF4A was used as an internal standard to normalize the templates.

The result shows that BmSpz4 is expressed differently in tissues and is detected with the highest expression level in head, followed by a small amount of expression in the epidermis and testis. And there is no expression of this gene in the rest of the tissues (Figure 5).

There was a significant increase at 24 h after the immune challenge with Bacillus subtilis and Saccharomyces cerevisia, and there was no obvious increase in the gene’s transcription when the silkworm larvae were injected with Escherichia coli (Figure 6).

The 3rd day fifth instar silkworm larvae were injected with water, E. coli, M. luteus, or S. cerevisiae cells (10ul each). Integument was collected from the injected larvae 24hrs later for total RNA extraction. RT-PCR and gel electrophoresis were performed. The silkworm eTIF4A was used as an internal standard to normalize the templates.

The immune-related gene spatzle4 of silkworm, Bombyx mori, was successfully cloned with bioinformatics and molecular biology methods. Bmspz4 is the second cloned and studied in BmSpz family besides Bmspz1 and it was cloned for the first time in the skin of the silkworm.

The gene has four exons and three introns, encoding 425 amino acid residues. Its molecular mass is 49.36 kD, isoelectric point 5.31. It has no predicted N-terminal signal peptide. BmSPZ4 hydrophobicity is maximum 1.733, minimum value is -3.011. The hydrophobic and hydrophilic regions of the protein amino acid sequence are staggered. SPZ has no transmembrane domains. The amino acid sequence of BmSPZ and those of Drosophila melanogaster, Nasonia vitripennis, Gambia mosquitoes, Anopheles gambiae, Tribolium castaneum, Acyrthosiphon pisumSPZ have closer relationship than those of mammalian SPZs. By sequence alignment and evolution analysis, it is shown that the newly cloned spatzle gene of silkworm is most closely related to the spatzle4 gene in Drosophila melanogaster, so it is named as BmSpz4.

By Semi-quantitative RT-PCR analysis, spatzle4 gene expression was analyzed in different tissues on the third day of the ﬁfth instar larvae. The BmSpz4is detected the highest expression level in head, followed by integument and testis. And there is no expression of this gene in the rest of the tissues, which is different from Bmspz1 [28].

To test the hypothesis that BmSpz4 participates in immune responses, the levels of BmSpz4 mRNA was compared in integument after the silkworm larvae were injected with water and different microorganisms. There was a significant increase at 24 h after the immune challenge of Bacillus subtilis and Saccharomyces cerevisia, and there was no obvious increase in the gene’s transcription when injected with Escherichia coli. As we all know that Bacillus subtilis and Saccharomyces cerevisia belong to Gram-positive bacteria and fungi respectively, and Escherichia coli belong to Gram-negative bacteria. Our results are consistent with those obtained using Drosophila melanogaster as an organism in microbe-induced response experiments [2].

Spatzle protein is very similar to the nerve growth factor (NGF) of the higher animals. By the preliminary analysis of the protein structure, BmSpz4 was found to have multiple Cys-knot structural features, which provides new clues for further study of the structure and function of BmSpz4 in the future.

The study of the new BmSpz4’s function was still under the way, the specific mechanism is yet to be clarified.

In this study, The ORF and 3’ end non-coding region of Bmspz4was cloned from Bombyx mori integument, which is the second cloned and studied gene in Spz family besides Bmspz1. Sequence alignment and evolution analysis showed that Bmspz4 gene is most closely related to Drosophila spz4. RT-PCR showed it has the highest expression in the head and followed by integument and testis. Microbial-induced expression showed that fungi and gram-positive bacteria invasion can upregulate Bmspz4 expression in the integument. This study showed that Bmspz4 gene plays an important role in the innate immunity of integument of silkworm, Bombyx mori.

This work was supported by the National Natural Science Foundation of China (31272508).