Abstract: Many branches of Power Engineering have the same problems with signal processing. However they can be solved by a general approach. One of these problems is the complexity of signal description with the inertial change (without sharp peaks and dips), but the signal is a complex shape without symmetry and poorly responds to the cycling laws. Also offered, if it is necessary, to use the segmentation of the original signal with further Multiresolutional analysis. As a result, it is possible to make the selection with the most informative wavelet coefficients which can significantly reduce the quantity of the original data set with accuracy within acceptable limits.

Nowadays there are a lot of methods, but it is very difficult to choose the unique algorithm for the data set automatically description. Especially the solution research is very difficult for asymmetrical signals with aperiodic character and additional conditions. Such type of signals could be with relative insignificant fluctuations, for example, two-peak characteristic and similar to them which can change with some inertness [1].

Description methods for such characteristics are: partial straightening [2], harmonious approach [3], two-level fuzzy models [4] and others. As a rule, signals of the specified character are observed in problems of: water supply [5], magnetic-electroencephalography [6], seismology [7,8], climate change with taken into account a level of cloudy influence [9], value of precipitation [10], genetics [11], astronomy [12], topology [13] and other directions.

In power engineering, especially often similar signals are detected in tasks of:

• control of level of electricity generation [14];

• installation of a network configuration [16];

• calculation of the electricity cost [18];

• calculation of losses in the transmission line [22];

• studying of the consumer behaviour [23].

Description approaches are most developed for short-term forecasting of daily graphs. In such tasks, the most various models are:

• according to average differential characteristics [24, 25];

• ARIMA with the further signals clustering [32];

• hybrid fuzzy-logical, however these models in some cases provide errors during description of the original data [35, 36].

In the theory of wavelet transformation for the graphs description, the partial signal representation is depicted in [7,37], and also for air streams [38], seismology [39], medicine [40], meteorology [41], topography [13] and other.

2. Main Approaches of Wavelet Transformation and Property of the Multiresolutional Analysis

One of the most effective methods for the depiction shape of daily graphs is presented in [42,43]. However it is noted by authors, this method has hyper sensibility to any changes in a signal. Thus, the variation between calculated and original values can achieve up to the triple divergence on nearly 50 % of all research range.

In this paper, the main accent is directed on the model creation with a possibility of correction of extremely large deviation, in such way the sensitivity decrease to the distribution law of the original data. Minimal quantity of necessary values for recovery signal should be provided. For this purpose the initial signal is transformed MRA. Received wavelet coefficients are more informative, than the original signal without previous processing [42]:

According to the inverse algorithm of MRA [42] 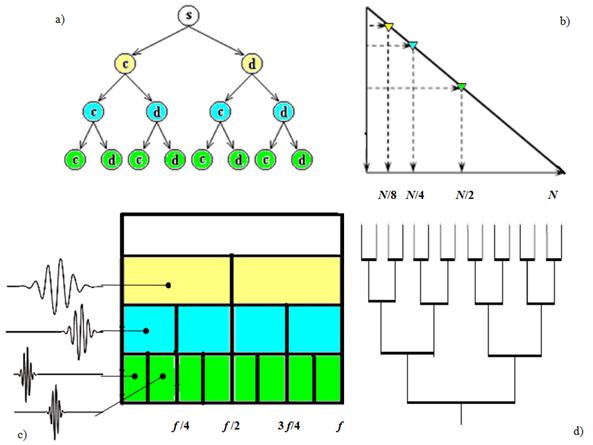 Fig. 1. Three-level decomposition tree of a signal with its main properties.

Let us present schematically a signal after MRA, as an example of three level decomposition tree

In fig. 1, a the most widespread scheme is presented in the wavelet theory. It is the basic principle of signal division according to the MRA main approach. Also for today's time the principles of its construction are well studied. The frequency division of a signal (it is one of the main properties of wavelet transformation) with its change are depicted in details in scale and in local representations (fig. 1, c).

In the classical theory of mathematics it is well known, that if quantity of required values equals to quantity of dissimilar equations, the task is completely defined and solutions are identified unambiguously.

As a research result the operations procedure is presented (fig. 1, d) which needs to be considered for originally non-complete data set (N ≠ 2m). The functional properties of wavelet coefficients are considered in detail in paper [1].

3. Description Algorithm of the Graph Similar to Two-Peak Characteristics with Features of Wavelet Coefficients

In practice task it is very often to cut off the peak moments for calculations simplification, because they have small duration. However these values need the most careful control and research.

For example, the electricity tariff for the industrial enterprises depends of the extra consumption. In case of peaks smoothing of the measured signal, the Power Supply Company will have economic losses.

On the basis of the above properties, it was created the general algorithm is applicable for two-peak characteristics with keeping the main properties of a signal.

Let see in detail all stages of below presented algorithm. For better interpretation of the principle of the property definition for the offered algorithm, the approach of the original data depicting in wavelet coefficients with restriction by the quantity will be presented for the third level of wavelet decomposition (fig. 2). 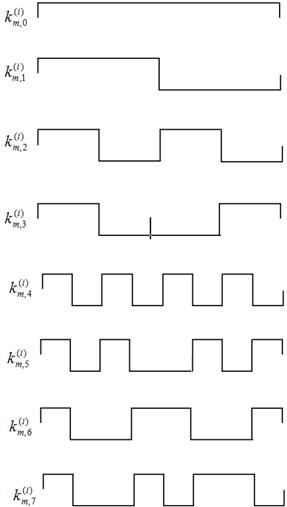 For daily graphs the segmentation has a large influence. The transition from the (m – 2) level of signal decomposition is presented in a matrix form:

Fig. 3. Information about the original signal in wavelet coefficients.

The developed approach is based on the following property. Wavelet coefficient is responsible for the value shifting to present a difference between half of values of the original signal (fig. 3). Graphical representation (fig. 3) also additional confirms the character of approximated and detailed wavelet coefficients. Especially, it is the property of information accumulation about the main part of a signal and its deviations respectively. Proceeding from fig. 3, the search algorithm can be presented on Table.

On the basis of tabular data presentation and sequence of data recovery, it is possible to make the next conclusion.

CONCLUSION 2: For determination of values in one segment of the original signal, it is necessary to take into account shifting of wavelet coefficients and to use only a half of the transformed values (fig. 2).

Initially, according to the MRA, the calculation of detailed wavelet coefficients is made for a possibility to detect fluctuations in the original signal. However, as a rule, it is widespread to use. Therefore the important properties of other detailed wavelet coefficients are lost which consider the following law of signal distribution (fig. 5). For simplicity, let us to consider the first stage of proposed algorithm (fig. 4 and Table). 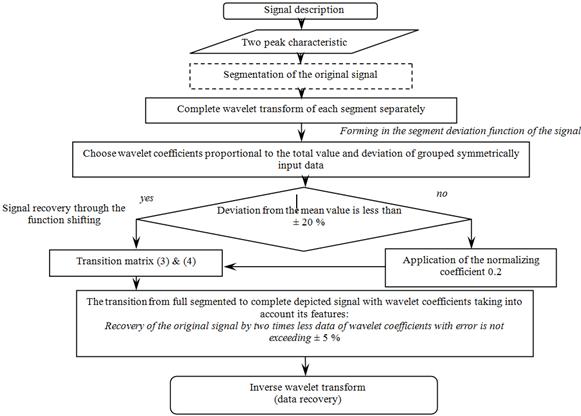 Fig. 4. Algorithm of the graph description similar to two-peak characteristic with features of wavelet coefficients. 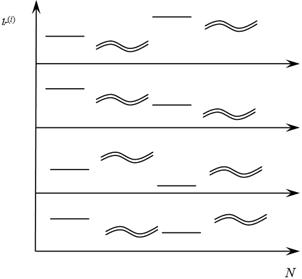 Pair recovering of the summarized data of the original signal at present level of wavelet decomposition is carried out according to the equation:

NOTE. Stage-by-stage transition between levels is provided with well-known equations (1) and (2).

CONCLUSIONS. As a research result, the description algorithm of nonlinear graphs is developed and offered which allows reducing twice the quantity of original data. However the error does not exceed normally acceptable limits which can be used in Power Engineering. Also in the paper, the scheme of properties of the Multiresolutional analysis is generalized that allows to present and to apply more effective detailed wavelet coefficients for creation new models and methods of signal processing.