Review of Facial Nerve Palsy at a Tertiary Hospital in Maiduguri, Nigeria

Abstract: Background: Facial nerve palsy is cosmetically distressing and functionally disabling, and may result from several causes, such as trauma, neoplasm, infections or genetics. Purpose: This study reviewed sociodemographic distributions, common types and causes of facial nerve palsy, and cases referred for Physiotherapy between January, 2003 and December, 2012 at a tertiary hospital in Maiduguri, Nigeria. Method: Retrospective study of facial nerve palsy was conducted at the tertiary hospital. Folders of patients diagnosed with facial nerve palsy and managed at the hospital were selected and reviewed using purposive sampling technique. Patients’ information was extracted from the folders and descriptive statistics was utilized to summarize the collected data. Results: A total of 48 folders of patients with facial nerve palsy from January 2003 to December 2012 were retrieved. Age range and mean age of the patients were 3-65 years and 31.02±12.3 years respectively. Age group of 23-32 years was in majority (37.5%) and male patients were more in number (64.6%) than the females. Lower motor neuron facial nerve palsy (56.2%) predominated over upper motor neuron type. Twenty (41.7%) cases were referred for physiotherapy. Conclusion: Although facial nerve palsy from our study is not common in this sub-region, awareness campaign is needed to enlighten the public about this ailing condition.

Facial nerve palsy (FNP) is a neurological condition that results from a lesion of the 7th cranial nerve leading to an acute onset of weakness or total paralysis of one or both sides of the face [1]. Facial palsy may be categorized based on anatomical location and pathological process as upper motor neuron (UMN) and lower motor neuron (LMN) FNP [2]. LMN type of FNP without any known cause is termed Bell's palsy and it is reported as the most common type of this condition [3]. Bell's palsy Research Foundation (BPRF) [3] categorized the etiology of this facial disorder into seven major groups as follows: idiopathic, congenital, infectious, neoplastic, trauma, herpes zoster oticus and neoplastic. Al-Shee et al [4] incriminated air travelling as one of the predisposing factors of FNP. In the pediatric population, Bell's palsy is the most common cause of FNP followed by trauma [5, 6].

FNP affects all age groups, but most common in persons between the ages of 20 and 50 years with equal distribution [5, 7]. Behzad et al. [8] reported equal gender and occupational distributions of Bell’s palsy referred to the emergency department of a hospital in Iran with higher incidence in the fourth decade of life. FNP occurs in various degrees in several countries throughout the world. Hughes et al. [7] in the United States of America (USA) reported the incidence of FNP secondary to birth trauma as ranging from 0.7 to 0.8 cases per 1000 birth. Also, Falcao and Erikson [9] in Boston, USA estimated the incidence of FNP as 8.8 cases per 1000 birth through forceps delivery. Bleicher et al. [10] found that approximately 127,000 cases of permanent facial paralysis occur annually in the USA. In Korea, the annual incidence of FNP is approximately 30 cases per 100,000 individuals [11].

In Nigeria, there is paucity of published review studies on FNP. In addition, documented data on the national prevalence of this ailing condition is seemingly not available for referencing. These few available, regional based published review studies in the country focused mainly on case incidence, clinical and etiological profile, pattern and analysis of FNP, and were conducted in other regions of the country. Odebode and Ologe [12] based their review on case incidence and clinical profile of FNP in Ilorin, North Central Nigeria. Afolabi et al. [13] also in Ilorin reviewed the etiological profile of FNP. Lamina and Hanif’s study in 2012 [14] was on pattern of FNP and was carried out in Kano, a North Western Nigerian city. Folayan et al. [15] conducted a study on the analysis of cases of FNP in Ife, a Sub-urban city in the South Western Nigeria. To the best of our knowledge based on extensive literature search, it seems that neither anecdotal nor empirical study on FNP has been conducted in any city situated in the North Eastern Nigeria. This dearth in literature in this part of the country stimulated the authors to conceptualize and execute this study at a tertiary hospital located in Maiduguri, the heart land of Nigeria’s North Eastern states. The study therefore aimed at reviewing types and causes of FNP, selected socio-demographic distributions of this condition, as well as number of cases referred for Physiotherapy intervention at the tertiary hospital within the period of study.

This study was a retrospective review of cases of FNP seen and treated at the clinics run by specialists at the University of Maiduguri Teaching Hospital (UMTH), Maiduguri, Nigeria. A purposive sampling technique was used for the study.

This study was conducted at the UMTH, a tertiary health institution located in Maiduguri, a North Eastern Nigerian city. The UMTH was officially commissioned in 1983 and presently has a total bed capacity of 530. The hospital serves a population of about twenty five million people across the North Eastern region of Nigeria, and a sizeable number from neighboring countries of Cameroun, Niger and Chad republics. The hospital was designated by the federal government of Nigeria as center of excellence in immunology and infectious disease in 1986.

All case folders and registers of patients diagnosed with FNP from January 2003 to December 2012 in the central library of medical records and physiotherapy departments were retrieved and reviewed. All cases of FNP within this period were diagnosed and managed by resident doctors and physiotherapists.

Ethical Review Committee of the UMTH gave approval for the study. Official permission was obtained from the heads of Departments of physiotherapy and medical records to enable the researchers have access to registers and folders/case files of patients with FNP seen and managed at the hospital between 1st January, 2003 and 31st December. 2012. The following information was extracted from the registers and folders retrieved: type and etiology of FNP, socio-demographic characteristics of the patients, and number of cases of FNP referred for physiotherapy over the 10 year period. 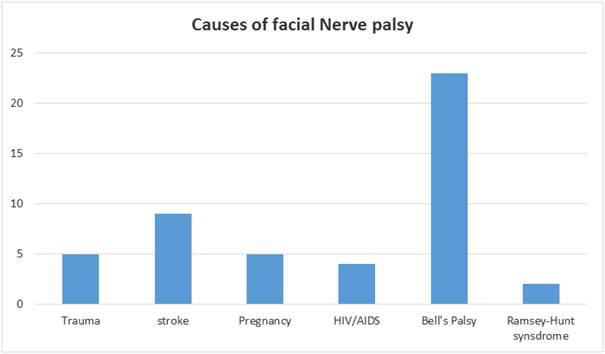 Table 2. Types of FNP and number of cases referred for Physiotherapy.

The result of this study showed that 48 cases of FNP were seen and treated at the tertiary hospital within the 10 years reviewed. This number is lower when compared to the five years study by Neido et al. [15] where a total of 54 cases of FNP were reported in Portugal. The number was also at variance with that reported by Lamina and Hanif [14] in a six year review on pattern of facial palsy at a hospital in Kano, Nigeria where 698 case files of patients with FNP were reviewed. The lower occurrence of FNP in this study may be due to improper record keeping and reluctance of the patients to report to health facilities due to socio-cultural and religious beliefs. It could also be as a result of prevailing belief that may suggest spiritual or non-orthodox medical approach to some diseases and ailments especially those that are stigmatizing and disfiguring such as FNP.

The peak occurrence of FNP was in the 23-32 years age group which correlated with the findings from Ife in the South west Nigeria and Orlu situated in the South eastern part of the country [16, 17]. The observed high preponderance of FNP in this age group may be as a result of high rate of activity among those in this age group which may expose them to high incidence of environmental hazards and trauma. Case files with male patients were higher in number than those representing the females. This finding is in tandem with those reported by Afolabi et al. [13] and Neido et al. [15], and may be attributed to the fact that the male gender seems to be more physically active compared to his female counterpart, and hence more frequently exposed to trauma.

Case files representing civil servants were the highest among the occupational group while those designated as farmers were the least. This may be due to the fact that most civil servants in this region tend to be more educated than others in the occupational group, hence are more enlightened on health related problems and may likely seek attention for its alleviation. In addition, these civil servants have less financial burden in accessing and affording healthcare services as they enroll and benefit from the National Health Insurance Scheme (NHIS) programme in Nigeria. Generally, farming in Nigeria is presently and mostly regarded as an occupation for the illiterates who are presumably poor, thus the reason for its smallest number in the occupational group in this study may not be confounding.

Bell’s palsy was reported as the highest cause of FNP which agrees with the findings of other studies [5, 6, 7], while the least cause of FNP was Ramsey-Hunt syndrome which is uncommon in this milieu, considering the climatic condition of tropical or sub-tropical African country such as Nigeria. However, stroke was implicated as the second highest cause of FNP in this study which is at variance with studies [6, 12] that reported trauma as the second most common cause of FNP. The emergence of stroke (an UMN lesion) as a leading cause of FNP in this present study may be due to the global increase in incidence of non-communicable diseases which are in most cases related to physical inactivity and sedentary lifestyle of increasing population pervading the globe.

Lower motor neuron FNP was found to be more common than upper motor neuron FNP in this study. This is in agreement with the study by Kah and Annur [18] which indicated that LMN type of FNP is the predominant type affecting people of all ages and race. Referral for physiotherapy for the management of FNP in our facility for the period reviewed was low with a referral rate of 41.7%. This poor referral rate for physiotherapy management of FNP in our environment may be due to the poor knowledge of role of physiotherapy in the management of FNP among first contact specialists involved in FNP management. That many cases were not referred for physiotherapy in a regional tertiary hospital center such as the site of the present study is surprising and the reason for this is unclear. However, it is plausible that some cases were not referred because the first contact health care professionals who are traditionally the physicians project spontaneous recovery. No information was however available in the case files to ascertain the ultimate outcome for the patients not referred.

FNP even though not very common in our sub-region, awareness campaign should be launched to enlighten the population about the causes and prevention of FNP, and the need for seeking early medical intervention for FNP. Multidisciplinary approach and referrals in the management of FNP is essential for effective resolution of this ailing condition.