Dye sensitized solar cells (DSCs) as alternative to solar cells have been widely studied in recent years [1-3]. Record efficiencies of over 11% have been achieved with ruthenium-complex sensitizers on laboratory-scale devices. [4-6] Dye sensitized solar cell is a mixture of nanostructured films, a sensitizer and an electrolyte containing the mediator sandwiched between two electrodes: a conductive oxide as an anode and a counter electrode as cathode as depicted in figure 1. The efficiency of absorption of the incoming light by the dye is one of the paramount parameters for the cell performance. Accordingly, the peculiar composition of the photoactive layer makes the dye-sensitized solar cells very complicated to establish an optoelectronic model. Indeed, it is composed of a mixture of three materials (titanium dioxide, dye molecules and tri-iodide ions immerged within the electrolyte) which could raise homogeneity problems.

The purpose of our study is to present an optoelectronic model that take into account the influence of overlap distance on dye sensitive solar cell. 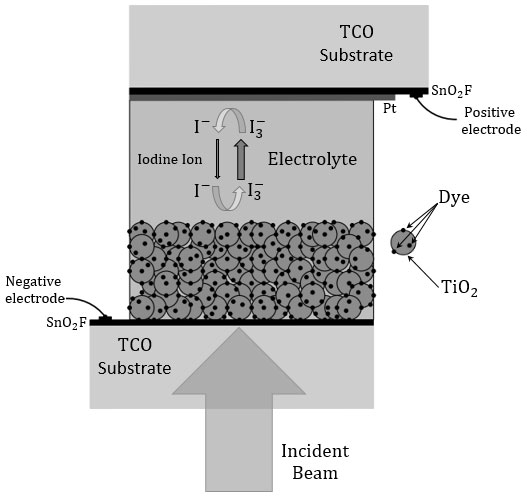 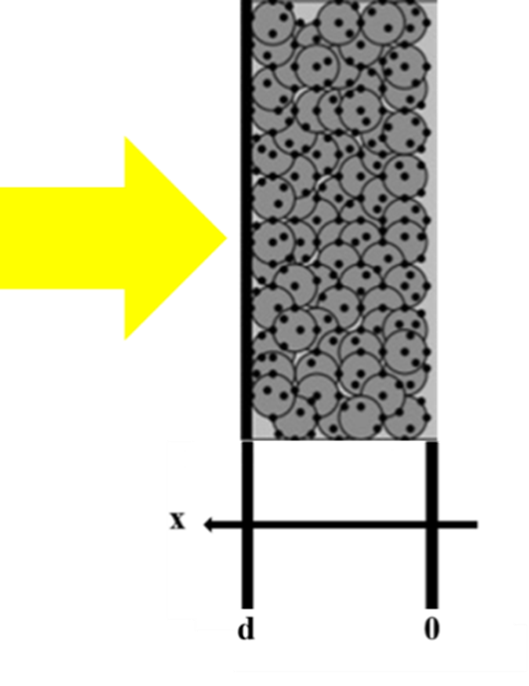 Figure 2. Schematic of the photoactive layer.

Where i = electrolyte/mediator or TiO2; j = dye or electrolyte /mediator. The particle density of the electrolytic/ mediator will be given by the equation:

With P the porosity.

To determine the porosity, we define the system as follows: First, the radiuses of all the nanoparticles are the same. Colloids are considered perfectly spherical. The penetration length for two neighboring particles is given by:

Where dp: distance between nanoparticles, r: radius of the sphere, h: the overlap distance

Equation (7) can be visualized in figure 3. 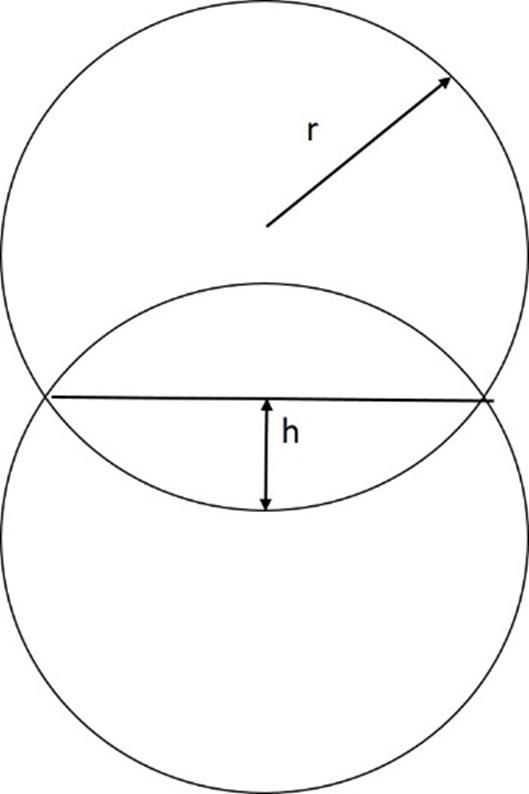 Figure 3. Schematic picture of the overlap between two particles.

The volume of the single cell is a function of the packing factor and diameter of the sphere. The volume is:

We will calculate the porosity for a diamond-like structure using equation (8) and Table 1.

Afterwards the macroscopic coefficients K and S are used to calculate the collimated flux (Ic and Jc) and diffused flux (Id and Jd). Basically, the 4-flux approximation of the radiative transfer equation [24] given by equations. (7, 8, 9, 10) was considered. These different fluxes are illustrated in figure 3. In fact, the variation of the flows in the medium with an infinitesimal value of the thickness dx can be established using the equilibrium between the scattering and the absorption energy in forward and backward.

The factor γ is the equivalent path length for the diffuse fluxes, which ranges from 1 for collimated light to 2 for isotropic scattered light [25]. Thus, the analytical expression of the forward scattering ratio (ζ) is obtained from C. Rozé et al. analysis [26]. 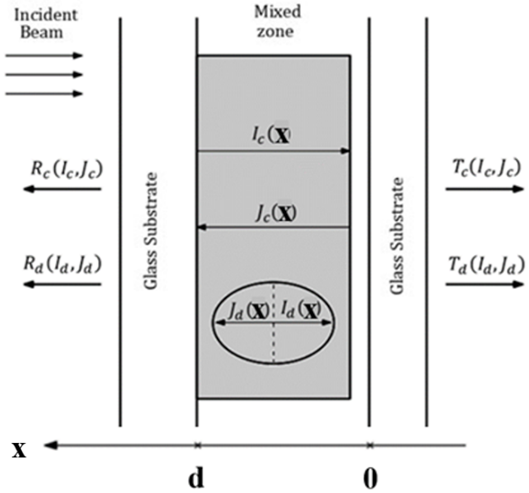 Figure 4. Schema of the cell with different flux.

The four flux Ic, Id, Jc and Jd included in the previous equations, (7), (8), (9) and (10) are determined by taking into account the following boundary conditions.

At the Glass/Mixed zone: x=a

can be determined by taking into account the interference effects at the glass/mixed zone and air/glass interfaces and is given as:

is equal to zero and

is the incoming light.

At the Mixed zone/Glass: x=0

By considering the reflection effects at the air/glass and the glass/mixed interfaces the following conditions can be established:

Thus, the local optical absorption rate per unit volume [8] can be established using the expression below:

Hence, the optical photons absorption rate is deduced from g(x) [27], and is expressed as:

And Gdye is deduced by:

Finally, the optical photo-generation rate of the DSC is given by:

where η being the injection rate of electrons.

, is coupled to an electrical model for free charge carriers. Here, for simplicity, we do not include ionic transport in the electrolyte and the reduction of triiodide at the counter-electrode. The electrical model is based on the stationary continuity equation. We suppose that there is no trapping states, i.e the electron is only in the conduction band of the TiO2 layer. A purely diffusive transport equation for the electrical current density J is taken [9]. Then, in the ideal model case, only electrons from the conduction band can recombine with triiodide in the electrolyte, and the recombination rate is taken to be first order in n(x)(n(x): carriers density). This leads to a linear differential equation for n(x):

The electron number density in the dark n0 is given by:

The boundary conditions to equation (31) are

where V is the photo-voltage.

After calculating the analytical expressions presented in the previous section, a numerical code implemented with Matlab is established. The numerical results are presented in this section. Thus, the macroscopic parameters such as the generation rate, the photocurrent density and the maximum power output of a DSSC based on several parameters are studied: wavelengths of the incident light overlap distance between two TiO2 particles, the depth of the cell.

The analytical methods were validated by data found in the literature.

In figure 5, we plot the generation rate depending on the photoactive layer. We make a comparison between the values obtained by our model and the Beer-Lambert law. However, the optical method based on Mie theory and RTE provides a more detailed view as shown in the following paragraphs. 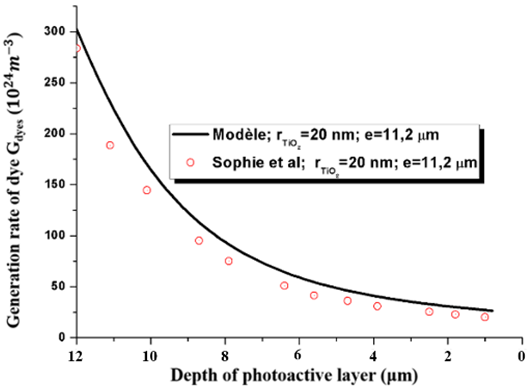 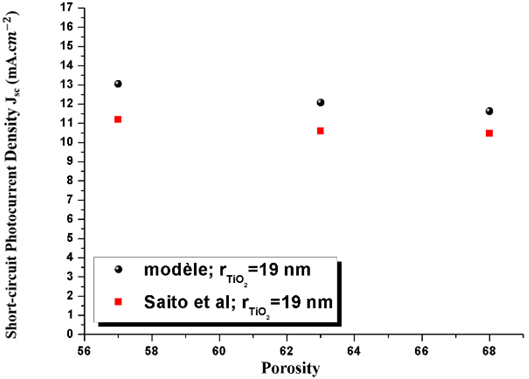 Figure 6. Short circuit photocurrent density as a function of porosity. 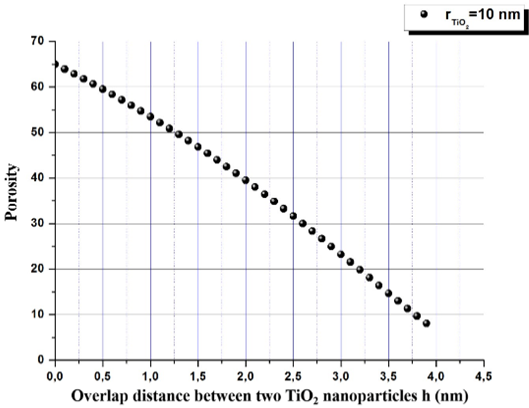 Figure 7. Porosity depending on the overlap distance h.

Figure 8. Density of dye as a function of overlap distance between two TiO2 particles.

Figure 9. Generation rate depending on the depth of the cell, for different values of h. 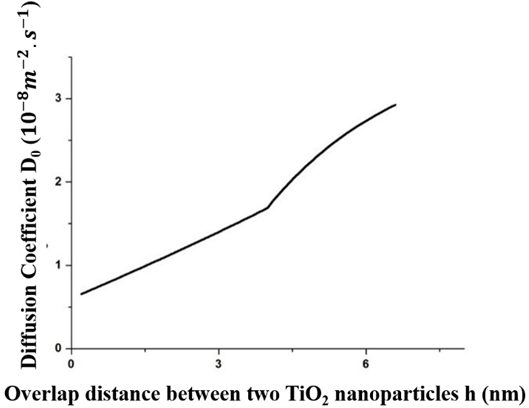 Figure 10. Diffusion coefficient as a function of overlap distance.

Figure 11.b represents the maximum power output as a function of overlap distance. We see that, we have the same behavior as for figure 11.a. Then, we notice that it exists an optimal overlap distance h = 2 nm, for TiO2 radius equal to 10 nm.

Our model allows us to see the influence of overlap distance between two TiO2 particles (h) on the generation rate. Moreover, the influence of h in the electric output parameters (Jsc, Pmax …) is studied.

We see that when

the generation rate is nearly the same. However, when

the generation rate is reduced. Furthermore, it was found that the optimal overlap distance is 2 nm for for TiO2 radius equal to 10 nm.

Our results agree with the ones found in the literature. However, this model has some limitation: the particles are not necessarily spherical and of the same size and the difference between the reflected coefficient diffused and collimated could be taken into account for better precision.