Abstract: Background: Persistent neonatal pain due to numerous painful procedures can result in serious consequences of the newborn. Effective pain management is required to promote physiologic stability and positive developmental outcomes in preterm infants. Aims of this study were to examine the effect of sucrose and kangaroo care on pain alleviation among preterm neonates undergoing invasive procedures and compare between sucrose versus kangaroo care on pain alleviation among preterm neonates undergoing invasive procedures. It hypothesized that sucrose and kangaroo care would be effective measures to alleviate procedural pain. The Design of this study was quasi-experimental research design. A sample of 60 neonates was selected to carry out this study then they were randomized to receive (a) sucrose (n =20), (b) kangaroo care (n =20), or (c) routine care (n =20). Setting of this study was health care center for neonates. Tool of this study was Premature Infant Pain Profile (PIPP) (Stevens et al., 1996). Results showed that there was significant difference in PIPP score among preterm neonates within the three groups at 30 seconds and 1 minute (P < 0.001**). Mean PIPP scores for sucrose, kangaroo care and routine care were 8.1±3.22, 9.76±3.04 and 10.15±2.64 respectively. Conclusion: sucrose is the most effective intervention for alleviation of procedural pain in neonates. Therefore, sucrose is a recommended analgesic for premature neonates.

Prematurity is a major health concern, with a range of 12.3-18.1 million were born preterm worldwide (Blencowe et al., 2012). In United States, 12% of infants are born prematurely (Furdon et al., 2014). Hassanein (2011) indicated that in Egypt, 12-15.8% of live neonates were low birth weight and about one third were premature. Moreover, Blencowe et al., (2012) reported that in Egypt, about 8100 preterm neonates died from the complication of prematurity.

The World Health Organization defines prematurity as babies born before 37 weeks from the first day of the last menstrual period. Recent data indicate that >1 in 10 babies born around the world in 2010 were premature and this translates to an estimated 15 million preterm births (Blencowe et al., 2012).

Simons and colleagues (2003) found that infants born at 25–42 weeks gestation experienced an average of 14 painful procedures per day during the first 2 weeks of life. The most frequently performed procedures were nasal, endo-tracheal, and nasopharyngeal suctioning, heel stick, intravenous, and nasogastric tube insertions. Although, these procedures were reported to be moderately painful (Simons et al., 2003; Gibbins et al., 2006; Stevens et al., 2013) evidence shows that procedural pain is often poorly managed in neonatal period, and many painful procedures are performed without any pain relief (APA, 2000; Anand 2001; Anand 2007; Carbajal 2008)

As the primary focus of nursing care in neonatal intensive care unite (NICUs) is to save lives, prevent and/or minimize the occurrence of complications (Mc Grath & Braescu, 2004) nurses must be a part of the interdisciplinary team that can establish an effective management plan (Hatifield, 2003).

For this reason, this study conducted to evaluate the effect of sucrose and kangaroo care on alleviating pain among preterm neonates undergoing invasive procedures.

2. Aims of the Study

This study aimed to evaluate and compare between the effect of sucrose and kangaroo care on pain alleviation among preterm neonates undergoing invasive procedures.

Sucrose and kangaroo care would be effective measures to alleviate procedural pain among preterm neonates.

A quasi-experimental research design used in carrying out the study.

The study carried out at El-Gameai El- Sharea for neonates at Shebin El-Koom city.

A purposive sample of 60 neonates who met the study criteria was selected. A simple random sample was used to assign them equally into three groups. Each group included 20 preterm neonates. Study group I orally administers sucrose, study group II received kangaroo care and group III received routine care. They selected based on the following criteria

• Newborn from birth to less than 28 days of life

• Preterm (from Gestational age from 28 weeks)

• Neonates being given CNS depressants and muscle relaxants were excluded.

• Scoring for premature infant pain profile = SUM (points for all 7 indicators): minimum score= 0 and maximum score= 21. The higher the score, the greater the pain behavior.

Prior to data collection, an oral permission to carry out the study was obtained from the director of El-Gameai El- Sharea after explaining the purpose of the study and methods of data collection.

Tools developed and adopted by the researcher for data collection after an extensive review of relevant literature. For validity assurance purpose, tools submitted to a jury of five expertises in the field of pediatrics and pediatric nursing.

Reliability of the tool was determined to assess the extent to which items in the tool were related to each other by Cronbach's co-efficiency alpha test (r= 0.68).

For ethical considerations, an oral consent was obtained from parents to allow their preterm neonates share in the study. Therefore, the objectives of the study, its importance, safety and confidentiality were clarified.

A pilot study was carried out on six infants (10% of the sample) to test the practicability, applicability and timing of data collection. No necessary modification was done. Therefore, the sample of the pilot study included in the sample.

v. For the study group II, newborn infants received kangaroo care for 10-15 minutes before heel lancing. They wore only a diaper and positioned on skin-to-skin contact with their mothers. After a 2-minute baseline period of monitoring, the heel lanced for blood sample collection.

vii. Premature neonates of groups I and II were evaluated for physiological and behavioral pain indicators at 30 seconds, 1, 3, and 5 minutes after heel lancing.

viii. Changes in heart rate and oxygen saturation (SpO2) were calculated and tabulated.

Qualitative data presented in the form of frequency distribution tables, number and percentage. It analyzed by chi-square (χ2) test. However, if an expected value of any cell in the table was less than 5, Fisher Exact test was used. Level of significance was set as P value < 0.05 for all significant statistical tests.

Table 1. Distribution of the premature neonates regarding their characteristics.

Table 1 clarifies the characteristics of the premature neonates. There were no statistical significant differences between neonates in sucrose, kangaroo and routine care groups regarding their mean gestational age (33.8, 32.85, 33.31) respectively. 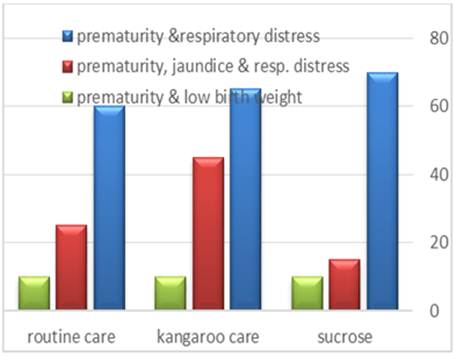 Figure 1. Distribution of the premature neonates regarding their diagnosis.

Figure 1 shows the distribution of premature neonates according to their diagnosis. It revealed that the majority of neonates (70%, 65% and 60%) was premature and had respiratory distress syndrome.

Figure 2. Pain score of neonates in sucrose and routine care groups at 30 and 60 seconds.

Figure 3. Pain score of neonates in kangaroo care and routine care groups at 30 and 60 seconds.

Figure 4. Pain score of neonates in sucrose and kangaroo care groups at 30 and 60 seconds.

Premature infant's survival creates critical needs for early intervention services to assist these infants to overcome the transient delays or permanent effects of their early neonatal experiences. (Allen, 2009). These delays or permanent effects could be resulted from untreated neonatal pain. Although pain perception in neonates has been proved, many painful procedures still conducted on newborns without proper pain management. Therefore, effective pain management is required to protect neonates against iatrogenic disorders.

Regarding gestational age, results of the present study showed that no statistical significant differences between sucrose, kangaroo care and routine care groups. This could reveal that premature neonates in the three groups had close levels of condition at the health-illness continuum.

These results were consistent with Johnston, (1999), Stevens, (1999), Gibbins, et. al. (2002), Slater, (2010) and Harrison et al. (2012) who reported that sucrose significantly lessen pain scores in premature neonates at 30 seconds. This indicates a quick recovery and return to baseline state that maintain the homeostasis of premature neonate.

On the other hand, the results of the present study illustrated that pain scores at 60 seconds was increased. It may related to the duration of squeezing the heel rather than inserting the lance itself. Some neonates required more squeeze time than others to obtain sufficient amount of blood for sampling.

Regarding PIPP pain score of the premature neonates received kangaroo care; the present study revealed that there were no statistical significant differences between kangaroo care and routine care groups. In addition, they had lower pain score than peers in sucrose group.

This may be related to mothers' ignorance about kangaroo care and its technique. They were afraid to handle and carry their sick baby in that way. Their worries may transferred to their infants that resulted in ineffective pain relief technique.

This reveal the need for conducting a prenatal educational program on kangaroo care and its benefits to increase the parents' awareness particularly mothers.

In contrast with Gray et al., (2000) who reported that skin-to-skin contact between neonates and their mothers reduce pain reactions in neonates during heel lance. In addition, Firoozeh et al., (2007) concluded that kangaroo care given before injection seems to be effectively decrease pain from injection. Moreover, Johnston et al., (2008) concluded that Very preterm neonates appear to have endogenous mechanisms elicited through skin-to-skin maternal contact that decrease pain response, but not as powerfully as in older preterm neonates. The shorter recovery time in kangaroo mother care is clinically important in helping maintain homeostasis.

i. The findings of the current study revealed that sucrose effectively reduce pain scores in preterm neonates undergoing invasive procedures.

i. Nurses in NICUs should include sucrose as a pain relief measure for preterm infants undergoing invasive procedures.

ii. Written booklets, posters and videos should be available in each NICU in hospital to acknowledge mothers as well as nurses about kangaroo care.

iii. Further study is required to determine the effect of kangaroo care on pain and consider a prenatal educational program for mothers regarding kangaroo care.