General theory of relativity was first published in 1915, which introduced a completely new perspective in the understanding of physics. The theory presents new ideas about gravity. In classical physics, gravity is a force exerted by a mass, which attracts another mass in certain proximity. If the mass disappears, the force is suddenly lost. However, according to the general relativity, gravity is not a force. It is a consequence of a mass on spacetime. The spacetime within which the matter sits will be curved because of the presence of mass. This curvature is recognized as gravity. The other mass in proximity is also aware of the presence of gravity in spacetime. Anything that travels through spacetime has its speed limit not exceeding the speed of light. If the mass suddenly disappears, the other mass has to take the time to realize the missing gravity. The center of the theory is the Einstein’s field equations which express the relationship between mass (or energy) and the geometry of spacetime,

The right hand side of the equation describes mass and energy, while the left hand side is the spacetime part of the equation. Einstein’s field equations are nonlinear differential equation with coupling variables. It is hard to solve the equation directly without any assumption or symmetry. The first physicist who solved for the exact solution was Karl Schwarzschild. He applied spherical symmetry to Einstein’s theory to explain the gravitational field produced by some objects in a model of fluid spheres [1]. After that, perfect fluid spheres became known as the first approximation in the construction of a realistic model for a general relativistic star [2-17].

We assume that all matter in a star can be equated to perfect fluid sphere, allowing for symmetry that makes Einstein’s field equations simpler. Perfect fluid spheres can represent a spherically symmetric ideal object which is filled by mass or energy. The definitions for perfect fluid in this work differ from fluid mechanics. They are expressed in terms of energy-momentum-stress tensor

across the surface constant

In general relativity, the three properties associated with perfect fluid are: no shear stress, no heat (energy) conduction, and isotropic pressure. In Veilbein formalism, these properties direct the energy-momentum-stress tensor of perfect fluid to the following diagonal matrix;

For the isotropic property, the pressure in every direction must be equal. Using equation (1), we obtain Einstein tensor

. The hat symbols above the coordinates are used to represent the quantities in Veilbein formalism. This form has a non-coordinate basis and agrees with the observer’s view [2, 9-10, 15-17].

2.1. Anisotropy for a Spherical Symmetry Object

Many solutions of Einstein’s field equations with perfect fluid constraints were explored in various coordinate systems [4-5]. Each solution explains different systems in different conditions. Recently, some algorithmic techniques have been developed to generate new solutions from known perfect fluid spheres [2]. This is very interesting because we no longer need to solve Einstein’s field equations directly to obtain the solutions. This concept also classifies the type of metric solution and exhibits the association of the solutions in distinct conditions. 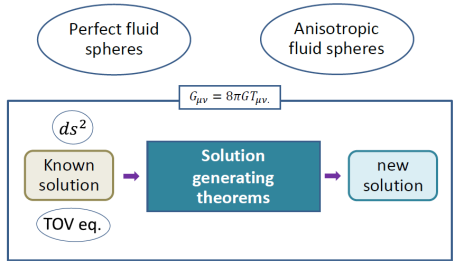 Figure 1. This figure shows the working of solution generating theorem [2,9].

For finding solution generating theorems, a metric (or line element) of an object was written in suitable coordinate. By definition of the geometric element of Einstein’s field equation,

can be obtained from the metric. We can set the perfect fluid constraints to

for ordinary differential equation, which can be used to build solution generating theorems. These theorems deform perfect fluid spheres in terms of spacetime geometry.

In case of spherical objects with a charge on the inside, the electromagnetic charge makes the objects anisotropic. The radial pressure and the transverse pressure in these kinds of objects are unequal. The energy-momentum-stress tensor for anisotropy is

The constraint of perfect fluid spheres cannot be used in constructing solution generating theorems. Therefore, we have to set a new ordinary differential equation that satisfies anisotropic fluid spheres from Einstein’s equation. This equation gives an Einstein tensor that agrees with the anisotropic energy momentum stress tensor. This model is a primary model that can be applied to a real object in our universe; the neutron stars [2-17].

The type of compact star that a star will eventually become, in the end point, is up to the mass of the star. A neutron star is one type of an end point star. It is the result of gravitational collapse of a star into a very small size compared to the mass. The matter of the star is condensed and any chemical potential becomes broken up. Finally, there are only neutrons and elementary particles that remain in the star [18-19].

In studying neutron stars, the first object we can observe is pulsars, which is created from the rapid rotation of neutron stars. Pulsars are the key evidence of magnetic fields in the stars. Additionally, the large magnetic fields that can be observed indicate that the magnetic fields in a star are anisotropic [8]. Moreover, we also found that the matters of a neutron star constitute several particle types with different charges. The lightest charged particles, electrons, pass into the boundary and create an unbalanced electric field on the surface of the star. The electric field affects the energy-momentum-stress tensor, the tensor that was filled with four-momentum across the surface, which gives us the anisotropic pressure. A neutron star is an example of an anisotropic object that we are interested in for this study.

Suppose the solution of charged fluid spheres were defined as a specific metric [2-10,17]

or with the notation

From Einstein’s field equation, we obtain the Einstein tensor [18-19]

we obtain a linear homogeneous second order ODE for

, the geometry defined by holding

is also a charged fluid sphere. That is, the mapping of

is "idempotent", in the sense that

For a general form

represents "equality up to relabeling of the parameters"[2].

are solutions of charged fluid sphere. Therefore, they satisfy ODE (8)

If we modified the metric as

Proof for idempotent property. For a second application of theorem 1, the mapping is

For n application of theorem 1, the mapping is

both represent charged fluid spheres, then for all p

can also be written in this form.

Application of theorem 1 to the Reissner-Nordstrom metric

Figure 2. This structure shows that when we apply theorem 1 to the Reissner-Nordstrom metric, we get a new solution.

is the Schwarzschild radius and

is a characteristic length scale of charge. For this metric,

In applying theorem 1, use equation (9)

From calculations using the Maple programme, we obtain

, the new metric is

, the geometry defined by holding

is also a charged fluid sphere. That is, the mapping of

are solutions of charged fluid sphere. Therefore they satisfy ODE (7)

If we modified the metric as

Proof for idempotent property. For a second application of theorem 2, the mapping is

As above, the composition law for theorem 1 is

Theorem 2 has idempotent property only in special case

and for n application of theorem 2 with the same

both represent charged fluid spheres, then for all p

can also be written in this form.

Application of theorem 2 to the Reissner-Nordstrom metric 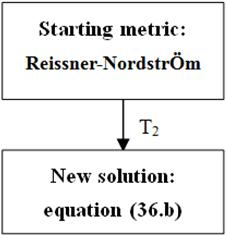 Figure 3. This structure shows that when we apply theorem 2 to the Reissner-Nordstrom metric, we get a new solution.

The given form of the Reissner-Nordstrom metric is

From calculations using the Maple programme, we obtain

, the new metric is

Example of some starting metrics

Table 1. This table shows the structures of charged anisotropy metric [11-14].

In referrence to P. Boonserm et. al. [2], we use a similar concept to classify charged fluid spheres into seed and non-seed metrics based on the following definitions.

and apply theorem 1 or theorem 2 to it. Two different cases are possible [2, 10, 15]: each of the applications supplies us with a new solution,

and apply theorem 1 or theorem 2 to it. Two different cases are possible: only one of the applications supplies us with a new solution, while the other one gives us the same metric we started with

]. These metrics are non-seed metrics.

The solution generating theorems for anisotropy can be constructed in Schwarzschild coordinate. The theorems can generate solutions that satisfy anisotropy. The idempotent property and corollary of the theorems were presented in this work. The application of the solution generating theorems has been tested with the Reissner-Nordstrom metric and has been shown to generate solutions. Finally, we can classify the types of solutions into seed and non-seed, and we can find the interrelationship between the solutions.