, and we found a new physical and mathematical interpretation for the TOV equation. In this work, we cannot use the perfect fluid constrains because of the electromagnetic field and the massless scalar field within this object. The TOV equation was thus generalized to involve the electromagnetic and the scalar fields. This model is close to the realistic objects in our universe such as a neutron star. In this paper, we consider the modified TOV equation for Schwarzschild coordinates in a special case. The density is considered as a constant and the scalar field is considered absent. On the general model of the TOV equation, the pressure is expressed in terms of radius. However, this model shows that pressure is affected by electric charge. Moreover, we also calculate the rigorous bound on the transmission probability for the Tolman-Bayin type of charged fluid sphere.

For the solution generating theorems, the theorem transformations are based on spacetime geometry. But as for physical measurements, an object can more easily be observed in terms of mass and energy rather than the geometry of spacetime around it. Because the object’s matter can be expressed by energy-momentum-stress tensor in terms of pressure and density, the solution generating theorems should be applied on the physical observables: pressure and density. In addition, this paper is based on general relativity. One of the exact solutions to Einstein’s equation is a perfect fluid sphere. Perfect fluid spheres can be made anisotropic by the existence of charge and scalar field. This consequently results in a more complicated form of the Einstein’s equation, which is evidently more difficult to solve.

The relationship between the pressure and density profile is given in the Tolman-Oppenheimer-Volkov [TOV] equation [4];

These equations are inertia solution of static perfect fluid sphere objects, which are derived from the Schwarzschild metric. For the two physical observables, it is also easy to check for physical reasonableness of the quantities. Assuming that we obtain the pressure

, we can transform them to new solutions in terms of

, and take the TOV equation as a Riccati equation.

Referring to the article by P. Boonserm et al. [4], the solution generating theorems for the TOV equation has been developed as follows.

solve the TOV equation, and hold

as fixed. Define an auxiliary function

Then the general solution to the TOV equation is

is the shift in the central pressure.

solve the TOV equation, and hold

Then the general solution to the TOV equation is given by

is the shift in the central density. By explicitly combining these formulae we have

or with the notation

is an arbitrary function in terms of radius r. The Einstein’s tensors were written in a non-coordinate form, which represents an observer’s view of physical quantities.

For describing the inertia properties of anisotropy, we need to modify the new energy momentum stress tensor for anisotropy. It can be modeled in terms of a linear combination of the "perfect fluid", "electromagnetic field", and "massless scalar field",

From the definition [10], the tensor for perfect fluid spheres is

The tensor for electromagnetic field is

The tensor for (minimally coupled) massless scalar field is

= 0, we obtain a relation of perfect fluid density with pressure, scalar field, and the field strength tensor of the electromagnetic field

After we obtain the equation of anisotropy in terms of pressure and density, we have to assume that the equation must be equivalent to the TOV equation.

This is the modified TOV equation [10]

3. The Effect of Charge on Pressure

In this case, the generalized TOV equation becomes

Integrating the above equation, we obtain

into the generalized TOV equation, we can numerically solve for

as shown in Figure 2. 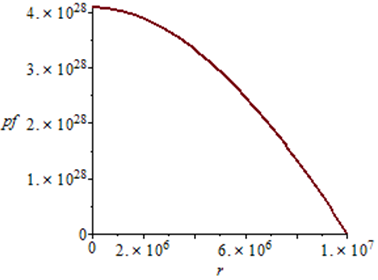 Figure 1. The fluid pressure as a function of radius.

3.2. The Effect Between Charge and Pressure

In this part, we will investigate how the charge affects the pressure in an anisotropic fluid sphere. From equation (11), we set the mass, density, and electric field fixed, and vary the charge density in order to examine how the pressure changes. The effect of charge on pressure is shown in the Table 1.

Table 1. This table shows the effect of charged density on pressure for generalized TOV equation in special case

From the table, we can see that when the charge density increases, the pressure also increases. The charge causes the pressure to increase. Anisotropic fluid sphere has a pressure greater than that of perfect fluid sphere for equal mass, density, and electric field. For example, we compare the case of

with the case of

as shown in Figures 2 and 3, respectively. 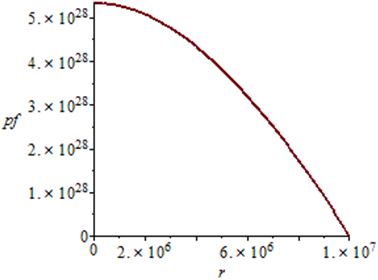 Figure 2. The fluid pressure for 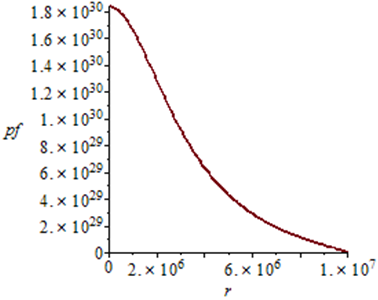 Figure 3. The fluid pressure for

From these graphs, we can see that when the charge is denser, the fluid pressure increases. In this case, when the charge density increases by 5 times, the pressure can increase by a 100 times. Moreover, the effect of fluid density on pressure is also investigated, as shown in Table 2.

Table 2. This table shows the effect of fluid density on pressure for generalized TOV equation in special case

Similarly, when the fluid density increases, the pressure also increases. This means that the denser charged stars have a pressure greater than the less compact stars. 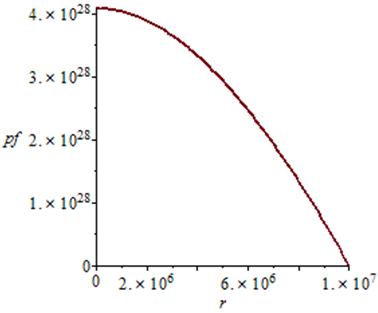 Figure 4. The fluid pressure for 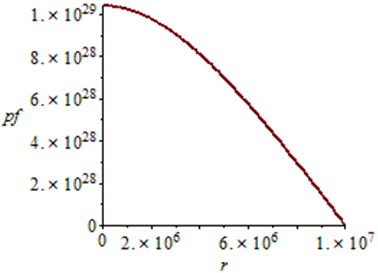 Figure 5. The fluid pressure for

4. The Transmission and Reflection Probabilities for Tolman-Bayin Type of Anisotropic Fluid Sphere

Referring to P. Boonserm, and M Visser [23], we use a similar concept to find the transmission and reflection probabilities for the Tolman-Bayin type of charged fluid sphere.

For the static, spherically symmetric background, the metric takes the form [10,26]

Substituting in the Einstein’s field equation and performing some manipulation, we obtain [26]

Matching this interior solution with the exterior Reissner-Nordstrom at r = a, we assume the total charge to be

where K is constant. Moreover, we can find total gravitational mass

For simplicity, we are interested in the case n = 0. So we obtain

In the presence of a scalar field, it is possible for anisotropic fluid sphere to radiate scalar waves. Therefore, we can find the transmission probability of the scalar waves in propagating to a distant place, or spatial infinity. In [24,27], the rigorous bound on the transmission probability was calculated for the Myers-Perry black hole. In this paper, we study the Tolman-Bayin type of charged fluid sphere, which takes the form [26]

For the Tolman-Bayin type of charged fluid sphere, the potential takes the form

and the tortoise coordinate is given by

Therefore, the rigorous bounds on the transmission probability is

The rigorous bound on the transmission probability is plotted with

as shown in Figure 6. 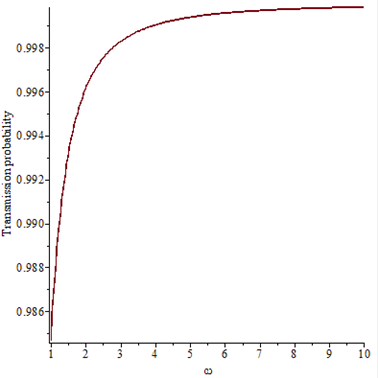 Figure 6. The rigorous bound on the transmission probability as a function of

From the graph, we can see that the rigorous bound on the transmission probability increases as the wave’s energy increases. This means that the waves with higher energy can penetrate to spatial infinity with a higher probability than lower energy waves.

The rigorous bound on the reflection probability is plotted with ω as shown in Figure 7. 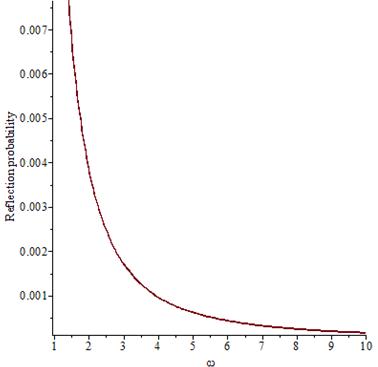 Figure 7. The rigorous bound on the reflection probability as a function of ω.

In this paper, we derived the generalized TOV equation for anisotropic fluid sphere. We investigated the effect of charge on pressure in the absence of a scalar field, and with a constant charge density. The result shows that the presence of charge can add to the pressure of charged stars. Moreover, a denser star has more pressure than the less compact stars. Finally, we calculated the rigorous bound on the transmission probability and the reflection probability for the Tolman-Bayin type of charged fluid sphere. We found that high energy waves have a higher probability in reaching spatial infinity than low energy waves.

For future work, spherical objects in reality can be more easily observed in terms of pressure and density. Therefore, building a solution generating theorem in terms of pressure and density allows us to gain a clear understanding of star-like object. In this work, the solution generating theorem algorithm is applied to the generalized TOV equation. We can find new solutions from the theorems. Moreover, the type of solutions can also be classified by the theorems. We can also see the interrelationship between the anisotropic solutions.