Abstract: The radioactivity concentrations of 226Ra, 232Th and 40K in thirty samples representing the technically Naturally Occurring Radioactive Materials (NORM) in the Egyptian natural gas were investigated. The investigations were performed using a gamma ray spectroscopy technique. The obtained data were used to establish a data base for NORM concentrations during the different processing stages of natural gas and to estimate the associated radiation health hazard impacts. Great concern has been devoted to determine the specific activity of 210Pb as it represents all daughters originating from 222Rn that have relatively short half-lives. The samples were collected from the gas pipeline grid covering different areas in Egypt. Fifteen samples were taken from the gas pipelines, whereas the remaining samples were taken from the upstream facilities before pumping into the grid. The average activity concentrations of 226Ra, 232Th and 40k were found to be 16.2 ± 1.5, 10.50 ± 0.9 and 98.46 ± 6.03 Bq/kg for filter samples respectively. The corresponding average values for scale samples were 37.28 ± 3.1, 45.7 ± 2.6 and 621.79 ± 9.2 Bq/kg. The sludge samples gave average values of 14.97 ± 1.94, 9.99 ± 1.48 and 112.82 ± 5.82 respectively. These values are below the recommended international limits. In contrary, the average values of activity concentrations of waste water were found to be 4.895 ± 0.51, 2.241 ± 0.3 and 31.852 ± 2.31 Bq/kg respectively. The obtained results indicate that 226Ra content is higher than the recommended values for domestic or drinking water. Additionally, high values of the specific activity of 210Pb were found in both deposits and filter samples.

Earth’s crust contains Naturally Occurring Radioactive Materials (NORM) at measurable concentrations. The sources of most NORM are 226Ra, 232Th and 40K. These isotopes are naturally present in subsurface formations from which oil and natural gas are produced. Radium-226 and radium-228 are the main radionuclides of concern in NORM wastes which are produced from the decay series of 238U and 232Th. Other radionuclides are those produced from the decay of 228Ra and 226Ra. radioactive isotopes such as uranium-238, radium-228and radon-222 are dissolved in very low concentrations during normal reactions between water and earth constituents such as rock. The water existed with underground oil and natural gas has usually considerable amounts of radionuclides formed during the prolonged periods of water/rock contact [1]. The isotope of radium which is slightly soluble can be mobilized in the liquid phases of formation and transported to the surface in the produced water stream. Hence, dissolved radium does exist in produced water or precipitated in scales, sludge and processing equipment. Radium concentrations are generally reported as a picocuries / gram (pCi/L) of water or air. A picocurie equals 2.22 disintegrations- per- minute (dpm). The contaminated water, scales, sludge and equipment cause exposure problems when the equipment is taken off-line for maintenance, repair or replacement. Moreover, the produced natural gas and its processing equipment also may be contaminated with a thin film of lead-210 which is deposited onto the interior surfaces [2-5].

Although the presence of NORM in oil and natural gas are well known for more than 8 decades, however the health risks were not considered before the mid of 1980s when the industry and regulators realized that NORM concentration is more than it was expected. Therefore, the radiation dose level could be more than that from natural background. This means that workers in the field of oil and natural gas production and the general public users may be exposed to radiation emitted from NORM contaminated equipment from streams. This means that the magnitude of radiation risk requires an assessment of the exposure dose during stages of production, management and uses [6-9].

It is worth to mention that, although NORM concentration in oil and natural gas is usually low, the level of concentration may become enhanced during the process of extraction and production. These include water, scales, sludge and begging debris [10], [11]. Accordingly, uncontrolled work activities involving NORM can lead to undesirable exposure to radiation hazard and therefore cause a risk to human health. This risk can be reduced by the adaptation of appropriate controls to the presence of NORM. In addition, a best working practice at NORM areas has to be considered to protect the workers in these areas from the hazards of ionizing radiations. This is usually achieved by controlling the exposure and by the use of adequate dose measurements. However, the environmental impact and subsequently the radiation effect on the public are mostly reduced by controlled disposal of NORM/waste and by the adaptation of emission controls [12].

Accordingly, the aim of the present work is to study the radioactivity for different trajectory zones of the Egyptian Natural Gas Grid to assess the possible associated health hazards and establishing a radiological baseline for any corresponding future studies.

Fifteen sludge samples were collected during the cleaning and maintenance processes of the pipelines of national natural gas grid. Other 15 samples are taken from upstream plant facilities. These include samples of scales, filters and waste water. A photograph of a sludge sample taken during the cleaning of the interior surface of pipeline and a photograph of scales taken from a tank upstream plant facilities are shown in fig. 1 and fig. 2 respectively. 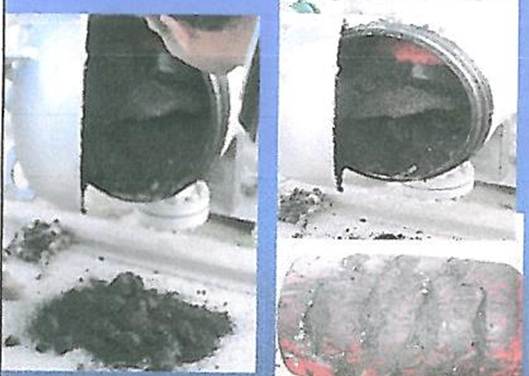 Fig. 1. An example of the sludge sample. 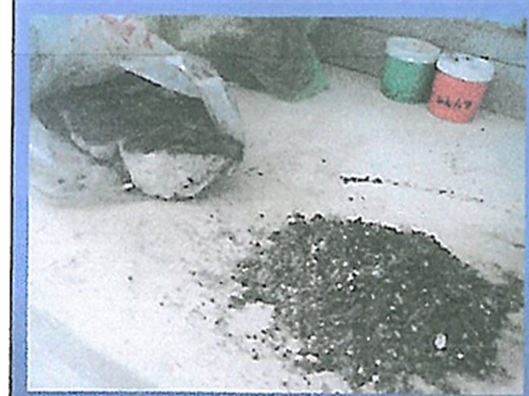 Fig. 2. An example of the scales sample.

The sediment samples (sludge, scales) were dried in an oven at 105°C for 24 h, crushed and sieved by 1mm sieve to remove mechanical waste. Then, the samples were weighted and packed in cans (100 cm3) for six weeks to reach secular equilibrium where the rate of decay of the progeny is equal to that of the parent. The water samples were acidified with 20 mm of hydrochloride at the rate of 20 ml as soon as possible after sampling to prevent adsorption of radio-nuclides in the bottles.

In order to analyse the water samples five litres of it were evaporated to one litre, and put into 100 ml marinelli beakers. These marinelli beakers were previously washed, rinsed with a dilute sulfuric acid and dried to avoid any contamination. Hereafter, they firmly sealed for at least four weeks to ensure that no loss of radon occurs there by ensuring a state of secular equilibrium to be reached between radium isotopes and their respective daughters.

A closed end-coaxial Canberra N-type HPGe detector of vertical configuration (model GC 5019); with 40% relative efficiency and 2.0 keV energy resolution at 1.33 MeV photons was used to detect the gamma ray single spectrum. To reduce gamma-ray background, a cylindrical lead shield of thickness 5cm was used. The lead shield contained an inner concentric copper cylinder (1mm thick) to prevent x-ray and Bremsstrahlung radiation production. The spectra were analysed by means of maestro program. The energy and efficiency calibration of the spectrometer were performed using an analogous calibrated can ( 100 cm3 ) which contains well known standard sources (22Na, 60Co and 226Ra) along with a standard solution of HCl. Quality control and quality assurance of the measurements using international atomic energy agency (IAEA) reference materials (soil 6, IAEA-362) have been applied.

where Np is the net count rate, λ is the abundance of the gamma line in radionuclide, 𝛈 is the detector efficiency of the specific ɣ-ray and m is the mass of the sample (kg).

The combined uncertainty of activity can be calculated by the following equation;

The reproducibility of the results and the stability of the counting technique were checked by conducting triplicate analysis on the collected samples.

As the activity of 226Ra or any of its daughters represents about 98.5% of that of 238U. Therefore, the contribution from 238U could be replaced with any of them. The gamma radiation hazards due to the specific radionuclides were assessed by four different indices; the radium equivalent (Raeq), the absorbed dose rate (D), the annual effective dose rate (AEDE) and gamma index. Raeq can be calculated according to the following equation [14];

Where, ARa, ATh and AK are the activity concentrations of 226Ra, 232Th and 40K, in Bq/kg respectively. The Raeq is related to the external gamma dose and internal dose due to radon and its daughters. The maximum value of Raeq must be less than 370 Bq/kg.

Other hazard parameter is the representative level index Iγr was calculated using the formula [14];

The gamma index ( Iγr ) is in the permissible range as long as it is less than unity.

The annual effective dose equivalent has been calculated using the following equation [15];

Where the 0.7 Sv /Gy and 0.2 constants are the conversion factors from absorbed dose in air to effective dose and the outdoor occupancy factor respectively [16].

It is well known that rivers water, lakes are vulnerable to oil and gas related effluent discharges, gas flare and other anthropogenic activities, which may enhance the natural activity levels of the area and human exposure. As a consequence the obtained values of the activity concentration of the natural radioactive isotopes for water samples in particular 226Ra deserve special interest to establish the necessary precautions to overcome that complexity.

The reason for the high values is that Rn-222 and its daughters (Po-218, Pb-214, Bi-214 and Po-210) are short lived compared with Pb-210. Therefore Pb-210 deposits originating from Rn-222 appear in high concentrations due to the prolonged processing in all types of deposits in natural gas upstream facilities.

The present results of NORM concentrations for samples collected from the Egyptian national gas grid and upstream processing plant and the associated calculated parameters can be used to drive the following conclusions:

• Sludge samples taken from the upstream plant showed the highest radioactity concentration with an average value of 37.28, 45.7and 621.79 for 226Ra, 232Th and 40K respectively.

• The value of radioactive concentration in waste water was found to be relatively high according to the safety value (1 Bq/l) recommended for 226Ra in water which was attributed to the fact that radium-226 are partially dissolved in water. This has to be considered during disposal of this water to the outer environment to avoid contamination of different waters.

• In general, it was noticed that NORM concentrations in all the investigated samples except water samples of the Egyptian natural gas grid are below the limits recommended by IAEA.

• Although the lower levels of radioactivity concentrations of 226Ra, 232Th and 40K there exist corresponding high values of 210Pb. Therefore, people engaged in gas industry, especially those working in maintenance and pipeline cleaning have to flow restricted work instructions and wear appropriate personal protective equipment’s to avoid risk of internal contamination.