Adaptation of Rigid Registration Algorithm to the Fingerprints Identification

Abstract: In this paper, we present an automated system for the recognition and identification of fingerprints based on rigid registration algorithms. Indeed, after preprocessing carried on a fingerprint database collected in the laboratory, we have built maps of minutiae for each fingerprint. Subsequently, we applied a rigid registration algorithm based on iterative search for closed points ICP (Iterative Closest Point), which allowed us to compare shifted fingerprints serving as test with the fingerprints of the reference database. This comparison gives convincing results and shows high accuracy.

Nowadays, authentication becomes one of the essential points at the security access controls in informatics systems. It is based on the recognition that verifies the presumed user identities [1].

The identification is generally based on several criteria and according to the extent of the investigation. It may be an identification by DNA search, by using images from surveillance cameras, for removal of odors and scents or most often by use of fingerprints [2]. This process remains in our day, the most reliable and most cost especially that the police have fingerprint database of all citizens holder a national identity card.

The important progress experienced by the fingerprint verification area in recent years have required new image processing tools, especially for multimodal image (from different sources). The registration algorithms are part of these tools. There are many, both within the rigid or non-rigid registration. However, these algorithms are difficult to validate in the absence of a reference standard for verifying the fields obtained.

In this context, our work proposes adapting rigid registration algorithm variants, allowing a more effective comparison. Indeed, after scanning fingerprints, object of study, we conducted a binarization and thinning of fingerprints to finally build the maps corresponding to each minutiae fingerprint. Subsequently, we established a mathematical modeling of the registration problem to fit these data based on iterative method ICP. The simulation results obtained after several tests resulted in the recognition of fingerprint test in a reference database with largely optimized errors.

To build our database, we proceeded to the taking of fingerprints on different people; these fingerprint images were enhanced by a pretreatment process to extract the corresponding signature to each fingerprint. Thus, these signatures are stored in a reference database.

In this step, we proceeded the acquisition of fingerprints of different people with a scanner of type Ko-UF100 500- dpi, performed in our laboratory. The resulting images are hence stored as grayscale with the appropriate format. However these images often present a noise during the acquisition phase that require a adapted filtering, which the goal is to strengthen the contrast by eliminating redundant points [3].

Then, these images are binarized by thresholding process that associates the number 0 to the pixel if its value is below a predetermined threshold value and the number 1 if the pixel value is equal to or greater than this threshold value. This last, varies according to the quality of the captured image and was therefore set to a gray level equal to 160. 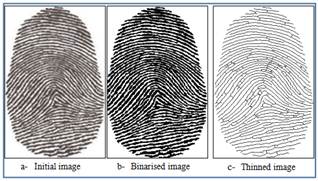 To facilitate its exploitation, the image must undergo a thinning treatment that consist to obtain a schematic image of the fingerprint, in which all the lines have the thickness of a pixel [4] [5].

The simulation results was carried out using Matlab software-R2014a (Figure. 1).

To extract the fingerprint minutiae (bifurcations and endings), the calculation method used allows to detect them according to the neighborhood of each pixel following the continuity or discontinuity of the different lines [6] [7]. Once this step is completed, false minutiae are eliminated from the picture for finally have a two-dimensional minutiae map, containing the two values 0 or 1 (where 1 indicates the presence of the minutiae and 0 his absence) [8]. (Figure 2) 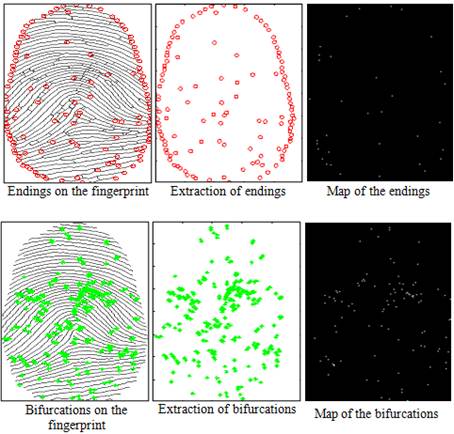 3. Registration of Fingerprints Images by ICP

The ICP algorithm applied on fingerprints is based on the iterative matching of minutiae of a test fingerprint with their nearest neighbors on the next reference fingerprint. Meanwhile, a least squares technique is used to estimate the transformation from these correspondences. Indeed, at the end of each iteration, the algorithm provides a list of matched points, and an estimate of the registration transformation, this transformation is used in the next iteration for updating the list of matched points. They used their towers to calculate a new estimate of the transformation. These steps are repeated until convergence of the algorithm.

3.1. Modeling of the Problem

Figure 3. The principle of registration process.

; The source image to register;

We consider the rigid registration of a source image

to a target image

of the two images

3.2. ICP Algorithm Applied to the Fingerprints

The proposed registration method is an iterative method ICP, which takes as input two point clouds of two-dimensional, and outputs an optimal estimate of the transformation between the two sets.

Therefore, the purpose of this algorithm is to find the parameters of the transformation (rotation and translation) which aligns a test fingerprint

to another as reference

The cost function used is given by:

are the parameters of the transformation (rotation and translation respectively).

The ICP algorithm reaches its speed and precision performance by iterating the following two steps:

1.   First, we establish the correspondences linking the two sets of points:

2.   Then, we calculate the new rotation and translation minimizing the least square criterion:

Note that at each iteration, ICP method uses the results obtained at the last iteration to yield a better result. That is until the result converges or that we have exceeded the maximum number of iterations allocated to the algorithm[9].

In first step of the algorithm, the matching is done by a simple algorithm to search neighborhood, which consist to pass on all the points Np of P and to see if it’s nearer or not that one of the already selected close neighbors, and if so, insert it. We then obtain a linear calculation time in the size of P. This method is called linear search or sequential search. However, this method suffers from a problem of slowness if the set P is too large, then it is extremely expensive to test Np points in space. Fortunately, in our case of fingerprints, the number of matching minutiae points does not exceed a few dozen.

This search algorithm will be used as reference to compare other algorithms that use more complex data storage structures like Delaunay triangulation Matlab [10][11], Kd-tree [12], etc…

• Delaunay triangulation invented by the Russian mathematician Boris Delaunay in 1934. This triangulation is applied for each of the two sets (source and target), then they are merged afterwards.

• The Kd-Tree introduced in 1975, the principle is to try to place each point of the source image in the tree, and up until one gets to the root of the tree while searching closest neighbors.

Still in the same step, looking for the nearest point is an important part if you want to get a method, which is robust as well as efficient. This is why the detection of the existence of aberrant points (outliers) is significant. The existence of outliers in point sets to match is very detrimental to our algorithm because when we seek the transformation between the two sets, we assume that we have the same cloud of points at different positions, assumption that's violated in presence of outliers.

To solve the problem of outliers, we sort in ascending order all pairings by comparing the distances between paired points. Then we select the

, and obtained by minimizing the function: 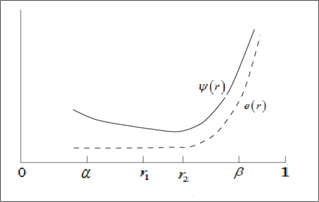 These pairings will be those that we will use to estimate the transformation between the two clouds following the approach of the ICP method without outliers. The other points are dismissed as outliers.

In the second step of the algorithm, the used approach is that of the singular value decomposition (SVD) applied in 2D. The idea is this:

1.   Calculate the center of mass

of the two point clouds

, this decomposition is done by the SVD function predefined in Matlab by writing

where U and V are orthogonal matrices of orders 2 and S a diagonal matrix of size 2 * 2 whose diagonal contains the singular values of K.

5.   The parameters of the transformation are deduced by:

3.3. Evaluation of the Method on Real Data of Fingerprints

We tested our approach by taking an incorporated reference database of 20 fingerprints taken from different people and another database for test containing 10 fingerprints, which six are taken from people already on the database with different positions of those carried out beforehand, whereas the remaining four are removed from people not included in database. (Figure 5)

For simplicity, we limit ourselves to such minutiae endings. After pretreatment and extraction of minutiae, we clearly observe the presence of outliers, this is where the parameter r is automatically updated with each iteration.

The figure 6 shows two samples of fingerprint images taken from the reference and test database respectively and this, before and after the preprocessing stage. 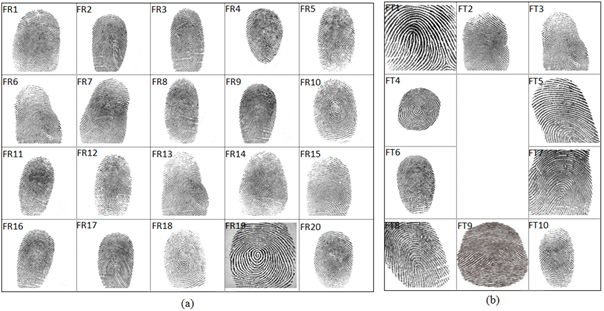 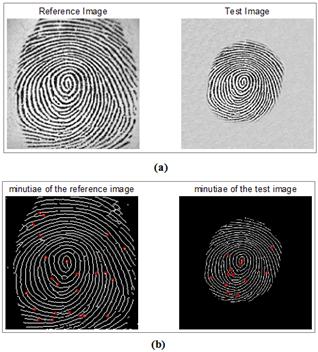 Fig. 6. Two samples of fingerprints taken from reference and test database respectively. (a) Before pretreatment; (b) After pretreatment.

This stage includes the matching based on the naive method of searching the nearest neighbor cited in (3.2.1), then an intermediate step is to reject false comparison points (outliers) to reach finally the calculation of the new transformation (rotation and translation) minimizing the cost function. (Figures 7, 8, 9 and 10) 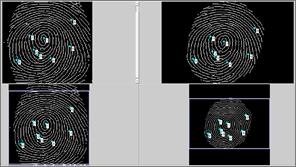 Fig. 7. Extraction of the two point clouds without outliers. 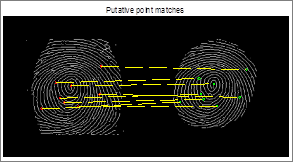 Fig. 8. Appariements between the two point sets of extracted minutiae.

The confrontation results of the test fingerprints (FTi1 /i=1, 2…10) to those of the reference (FRj2 /j=1,2…20) by the studied method are provided in the following table (Table 1). 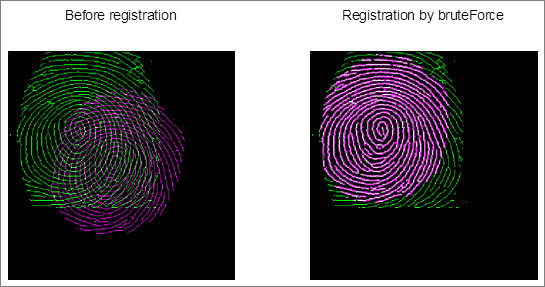 Fig. 9. Fingerprint images before and after registration by ICP. 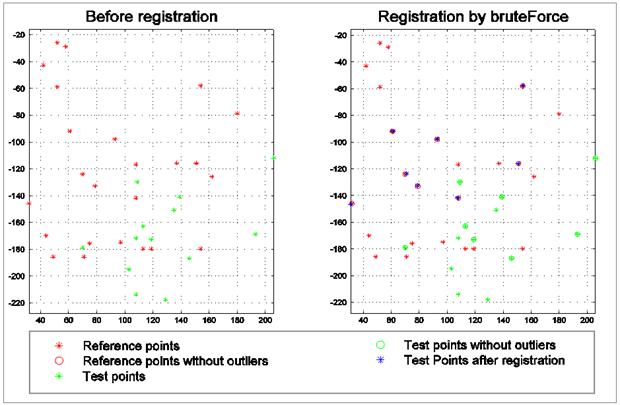 Fig. 10. Visualization of the two point clouds before and after registration by ICP.

Table 1. Least squares error between the set of minutiae in the test and reference database.

These results demonstrate that people whose fingerprints FT1, FT6 and FT10 are not listed on the reference database because the value of the Least squares error is in the range of 101 to 104.

As to persons whose fingerprints FT2, FT4, FT7, FT8 and FT9, they are identified in the reference database and correspond to people whose fingerprints are respectively FR15, FR19, FR7, FR9 and FR16. Indeed, the errors stored vary in the range of 10-2 to 10-4.

Thus, the work proposed in this paper is based on a purely geometric approach by implementing a system of identification or verification by rigid registration of fingerprints, with the main objectives processing speed and eliminating subjectivity based in particular on mathematical criteria to evaluate the results, this approach includes a chain of operations ranging from preprocessing fingerprints to rigid registration and based on the minutiae extracted. Indeed, we have chosen the minutiae type terminations as information to consider for guiding the registration. Then, after formalization of the general problem of registration, a registration method by ICP algorithm was proposed. At the rate of its sensitivity to noise and outliers, this algorithm has been improved by the introduction of a parameter, which acts on the selection of pairings. The latter are used to estimate the transformation between the two fingerprint images following the approach of the ICP method without outliers.

The results thus obtained in our study are compelling and indicate the effectiveness of the method in the field of identification of persons based on their fingerprints.