Abstract: When files are created, there are always bits that are not really needed and are not at least important. These bits have the capability of being changed with the information which must be hidden in the file, without damage and changes in the file. There are different methods of image steganography, among which Least Significant Bit (LSB) method is the most common one and we intend to use this method for making stego image. A LSB replacement-based newly developed method (the least significant bit) has been presented in 24 bit color images. We propose a newly developed method of information security in RGB color images using a combined method composed of a two-component method based on the replacement and adaptation of LSB for hiding information and providing more security level. We have used Advanced Encryption Standard (AES) for resisting against attacks, a combined filtering and different disorders.

There are different methods of image steganography, among which LSB method is the most common one and we intend to use this method for making stego image. When files are created, there are always bits that are not really needed and are not at least important. These bits have the capability of being changed with the information which must be hidden in the file, without damage and changes in the file.

LSB method is highly functional in images which have high quality and used high amount of colors. This method usually does not increase the volume, but depending on the information to be used inside a hidden file, the file can significantly rise and fall.

Best images to hide information in them are Bitmap 24 bit images since they are considered as the largest and highest quality image file types. When an image has a high image quality and capacity, the information can be easily hidden. We propose a newly developed method of information security in RGB color images using a combined method composed of a two-component method based on the replacement and adaptation of LSB for hiding information. In order to provide more security level, we have used Advanced Encryption Standard (AES) which secures it against resisting against attacks, a combined filtering and different disorders. The proposed method with good resistance against various techniques of steganalysis attacks like histogram analysis, Chi-squar and RS analysis has been proven empirically.

This developed steganography method for color images combines with high quality hiding, carrying capacity and better strength, resistance to the attacks with an encryption method in order to achieve a high security. This can have a high security against any type of environmental disturbances such as noise due to the existence of combined filtering.

2.   A two-component LSB- based method for exchanging encrypted messages on image edges

In addition to the above, advanced encryption standard (AES) for encoding hidden message into text / file is used by combining steganography and cryptography to provide better security. With this combination, even if the text was recognized, it would not be understandable given by the detector, regarding that it is encrypted. The study also proves the principle that edge areas have high capabilities in contrast, color and density and frequency which finally can tolerate further changes in the pixels compared to smooth areas. Therefore, a large number of data can be hidden while the stego image has a high quality as well.

The algorithms used in the proposed system are as follows:

3.1. Combined Detection Method for the Extraction of Smooth and Edge Areas

Canny edge detector is widely considered as the standard edge detection algorithm in the industry. We will use this method to detect edges [Figure 1]. 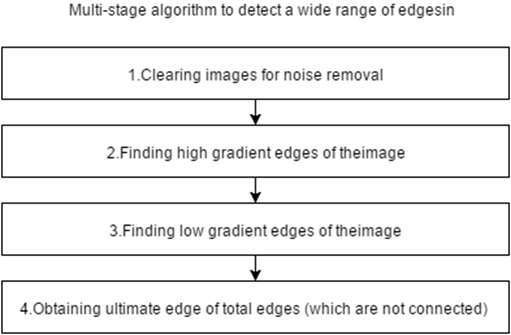 Figure 1. Multi-stage algorithm to detect a wide range of edges. 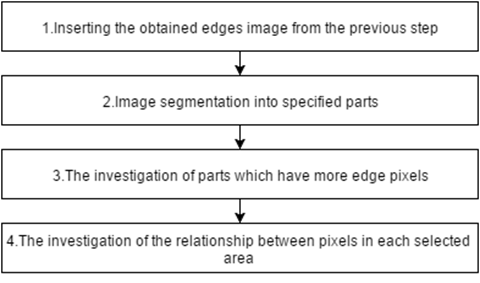 for all a and b

The advantages of using new combined detector include:

• It is used to find the probability of error.

• Helping to improve the signal to noise ratio.

• is resistant against all types of noise and disturbances and also provides good detection ability.

• it has the ability to tolerate gaps in the border line and images obstruction.

For all components (red, green and blue) the following work process is applied for every pixel color of image across the flat areas:

4.   In all other cases for amounts ranging 0<=cpi>=192, we embed 1 bit of the encrypted data in a the least significant bit of the pixel.

5.   In this process that we embed 5 bits of the pixel, in addition to helping to recover the secret message, it visually does not lead to the lack of difference in pixels color after the embedment [4, 5, 7, 8, 10].

Each image is an array of values which indicates 3 color intensity of R (red), G (green), B (blue) in which it describes a value for each of 3 colors of a pixel. Thus, each pixel is shown by 3 components (R, the most significant bit, G and B as the least significant bits). Here, a LSB steganography method has been introduced which focuses on two components (full blue and a part of the green) of total 3 components of a pixel of RGB image in the time embedding data encryption data in the image.

Green and blue components are selected because conducted studies show that a visual grasp of objects with red is high intensity and then green and finally the blue are the lowest intensity. For example, red has the most significant role and blue has the least significant role in the formulation of the color. Therefore, we can have most of the changes in blue components of and the medium changes in green components and the lowest changes in red components, without a lot of changes in image color. Accordingly, all the bits of blue part and a part of green part are used in this method without using red section bits. In this method, 8 bits of the blue part, 4 bits of the green part can be replaced by encrypted messages [2-3-6].

This method was selected as the best encryption method in 2001 and is never hacked according to the reports [9]. AES is a block coding. This means that it is controlled on fixed pieces of data (for example, blocks) by performing the same transformations on each block, using the encryption key. AES uses symmetric keys which ultimately is applied for encrypting data is used to decrypt it as well [9].

Embedding is the process of hiding embedded messages and the production of the Stego Image. Hiding information may require a key which is added to secret information like password which needs to embed information.

Extraction is the process of receiving embedded messages in Stego Image.

4.2.1. Main Algorithms for Embedded Steps are as Follows

2.   Edge areas: data extraction from 8 bits of blue components and 4 bits of the green component (listed in Section 2.3).

For all red, green and blue components is identical and to extract it refer to 1-3.

Imperceptibility measures the strength of steganography system based on its ability to be unperceivable by the human senses. So stego images should not have severe visual artifacts. Under the same level of security and capacity, the higher the fidelity of the stego image, the better.

Payload capacity is defined as the size of secret information that can be hidden into a cover medium relative to the size of this medium. So to be useful in carrying secret message, the hiding capacity provided by steganography should be as high as possible, which may be given in absolute measurement or in relative value.

As steganography may suffer from many active or passive attacks, robustness measures the ability of embedded data or watermark to resist against these intentional and unintentional attacks. If the existence of the secret message can only be estimated with a probability not higher than random guessing in the presence of some steganalytic systems, steganography may be considered secure. Otherwise we may claim it to be insecure.

The proposed approach has received a good score from all criteria and had a good stability against various attacks.

The above method is a new method in the steganography of color images, which is composed of advanced Hugh and canny algorithms for edge detection and flat areas, LSB two-component method of changing and adapting for embedding encrypted data in edge and flat areas as well as the standard of Advanced encryption to enhance the security factor. This method has more 50% hiding capacity and it has less error coefficient than previous methods (Like Noise-adding, Multiple Bit-planes and etc.) and proves that edge areas can tolerate a greater coefficient of contrast in the paint, fault tolerance and noise, and tolerate the highest amount of the changes in the pixels than the flat areas. Finally, the above method has passed a variety of steganography analyses including visual and static analysis.