Abstract: The Malekhu-Thopal Khola area is rich in metamorphic rocks. The extension of road along the Malekhu-Thopal Khola can lead to the instability of stream bank slope. The road of the Malekhu Khola corridor has been extended from the Prithvi Highway to the southern remote area, and the road of the Thopal Khola corridor has been extended from the Prithvi Highway to the North in Dhading Besi. The study is focused on the Slope Mass Rating (SMR) of the road cut slope as well as the streambank slopes along the Malekhu Khola and the Thopal Khola (Malekhu-Dhading road).The result shows that the 38% slope of the study area is stable in terms of plane failure. The slopes lying across the Malekhu Formation and the Kalitar Formation are unstable. Considering the slopes in terms of toppling failure, 41% of the slopes are found to be stable, whereas some range from partially stable to stable slopes to the partially stable to the unstable slopes. Similarly, 50% of the slopes are stable to partially stable in terms of wedge failure, whereas some other slopes lying in the Fagfog Quartzite, Malekhu Limestone, Kalitar Formation and the Kulekhani Formation lie in unstable slope category. If the slope stability of the whole stream corridor is considered, only 20–25% of the slope area is completely stable while the remaining is vulnerable due to various slope failures.

The Malekhu Khola corridor and the Thopal Khola corridor are the major places where roads have been extended towards the part of remote area and the Northern part (Dhading Besi), respectively from the Prithvi Highway. The stream corridors are frequently subjected to bank erosion, slope movements and flash flooding (Shrestha and Tamrakar 2007a). Therefore, stream bank slopes are required to be characterized for their condition. However, analyzing the past experiences of Nepal, thousands of lives and properties are being lost every year due to natural disaster such as landslide, flood and debris flow (Upreti and Dhital 1996). The behavior of rock slope is governed by intact rock material properties and discontinuities (Sen 2003). Knowing the characteristics of rock mass, we can minimize such hazards caused by natural disasters (Singh and Tamrakar 2013). Slope Mass Rating (SMR) system has been to forecast stability problems in future road construction and was derived from the basic RMR (Bieniawski 1989). The SMR proposed by Romana (1985) was obtained from RMR by subtracting a factorial adjustment factor depending on the joint-slope relationship and adding a factor depending on the method of excavation. The main aims of this study are to characterize rocks of the slope and to evaluate stability status.

The study area lies in the Lesser Himalaya (Figure 1), which is bordered in the south by the Main Boundary Thrust (MBT) and in the north by the Main Central Thrust (MCT).

The Lesser Himalaya is divided into the Kathmandu Complex and the Nawakot Complex (Stöcklin and Bhattarai, 1977; Stöcklin, 1981). The study area includes the Lower and the Upper Nawakot Groups of the Nawakot Complex (Figure 2) and the Bhimphedi Group of the Kathmandu Complex (Figure 3). These groups extend roughly NW-SE with regional dipping towards the South, and constitute the northern limb of the Mahabharat Synclinorium (Stöcklin, 1981).

The Nawakot Complex and the Kathmandu Complex are separated by the Mahabharat Thrust (Stöcklin, 1980). The Lower Nawakot Group is subdivided into Kunchha Formation, Fagfog Quartzite, Dandagaun Phyllite, Nourpul Formation and the Dhading Dolomite in ascending order. The Upper Nawakot Group is subdivided into the Benighat Slate, Malekhu Limestone and the Robang Formation. The Nawakot Complex is composed exclusively of low grade meta-sediments. 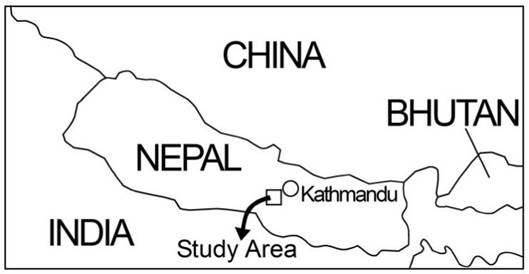 Figure 1. Map showing the location of the study area. 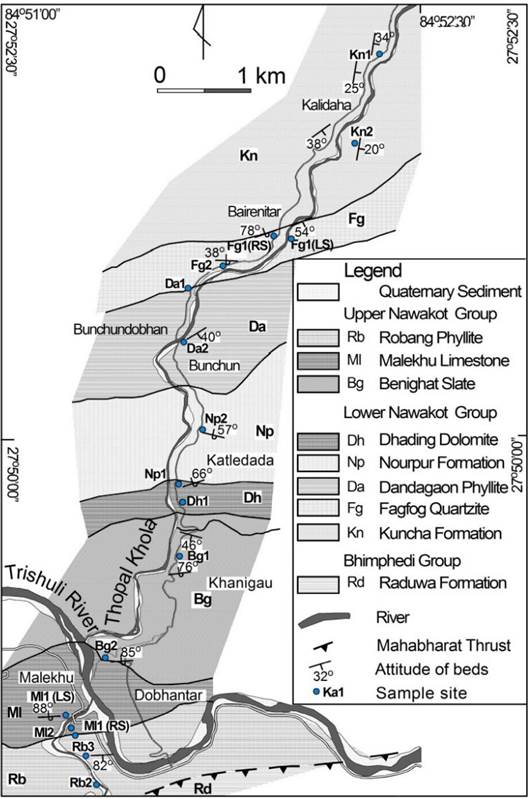 Figure 2. Geological map of the Nawakot Complex (Singh and Tamrakar 2013). 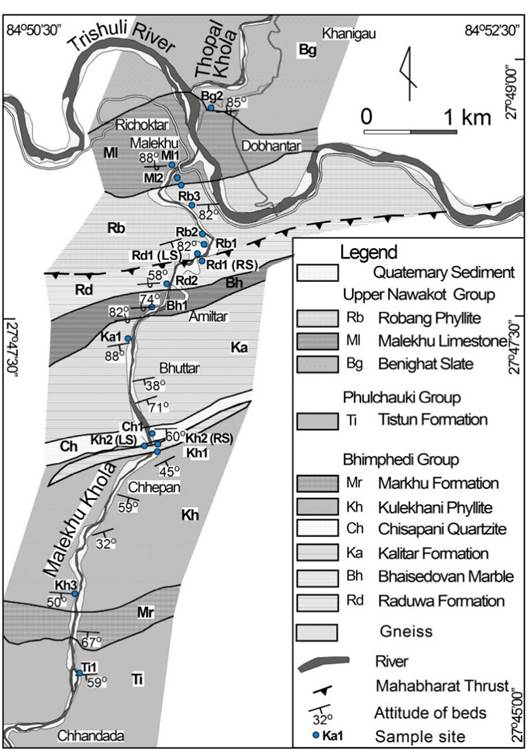 Figure 3. Geological map of the Bhimphedi group (Singh and Tamrakar 2013).

Slope mass rating of the study area was estimated by discrete method on the basis of Romana (1985). This geomechanical index SMR was calculated using four factors (F1, F2, F3 and F4) adding the basic RMR of Beiniawski (1989). For the present study all of these factors were calculated on the basis of data collected in the field.

The adjustment rating for joints was the product of three factors as follows:

(a) F1 related to the parallelism between joints dip direction, αj, (or the trend of intersection line, αi, in the case of wedge failure) and slope dip, αs, Its range is from 1.00 to 0.15.

(b) F2 which depends on the probability of discontinuity shear strength, related to the discontinuity dip, βj in the case of planar failure, and plunge of the intersection line, βi, in  case of wedge failure. For toppling failure, this parameter was assigned 1.0. This parameter

(c) F3 related to the relationship between slope, βs, and discontinuity, βj, dips (toppling or planar failure cases) or the plunge of the intersection line (wedge failure case). This parameter retains the Bieniawski’s (1989) adjustment factors that vary from 0 to -60 points and expresses the probability of discontinuity outcropping on the slope faces for planar and wedge failure.

The parameter, F4 is a correction factor that depended on the excavation method used. The eq. (1) can be written as:

To perform the classification, attitude of major joint, bedding plane, slope height and slope direction were recorded in field to estimate F1, F2, F3, and F4 for each case (plane, topple and wedge) with the help of the table (Table 1). Then SMR was calculated using the equation (2), and classified using stability class (Table 2).

bi=angle of plunge of the intersection line of two sets of discontinuities;

Table 2. Stability classes as per SMR values (after Romana 1985). 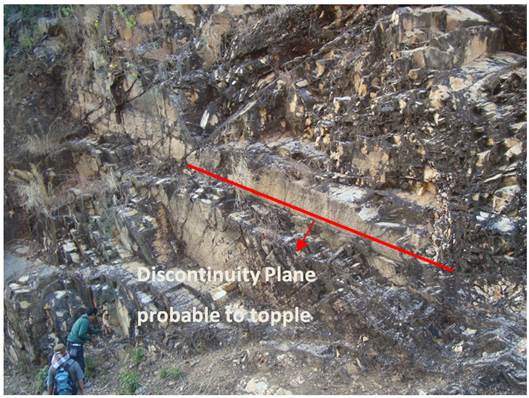 Da1(slope of Dandagaun Phyllite) is partially stable (class III) in terms of all three failure modes.

Table 3. Estimation and categorization of slope mass rating (SMR) of the study area.

Dh1 (Dhading Dolomite) is totally stable in terms all three failure modes, but few unstable wedges exist due to J1 and J4.

Bg1 and Bg2 (slopes of the Benighat Slate) are classified into partially stable in terms of all three failure modes.

Rb1(site of the Robang Formation) is mostly stable. Slopes are partially stable in Rb2. Rb3 is stable to completely stable, partially stable to stable and is stable respectively in terms of plane toppling and wedge failure modes.  Although the SMR shows stable slope of Rb1 in terms of toppling failure, such failure is generated by toe cut due to river flow as shown in Figure 5.

As per the standard classification, the SMR in the present study ranges from 0 to 97 for plane failure, 12 to 97 for wedge and 34 to 97 for toppling failure. This is all due to the variation of orientation of discontinuity and the slope attitudes of the study area. Thus only stable (II) conditions in terms of plane failure are reflected by slopes of Kn1, Fg1(LS), Np3, Dh1, Ml2, Rb1, Rd1(LS, RS), Ch1, and Kh3 (Table 3). Partially stable (III) to stable (II) conditions are met in Np1, Ml1 (RS), Rd2, and Kh1. But discontinuities in Ti1, Bh1, Bg1, Bg2, Np2 and Da1 have all partially stable condition of plane failure mode. Stable to unstable slopes are found in Kn2, Fg1(RS), and Ml1 (LS). Completely unstable to partially stable slopes are found in Ka1 and Rb2. Completely stable slopes are found in Fg2, Kh2(LS), and Kh2(RS). 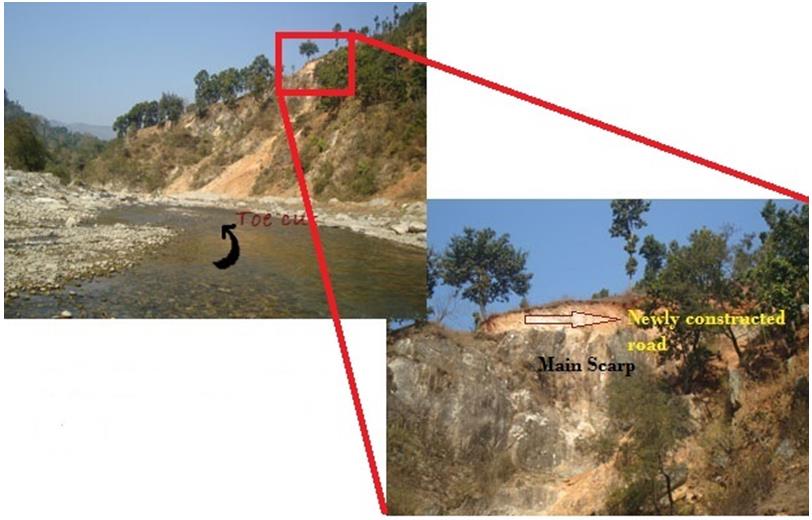 Based on the basic RMR and the SMR assessment in different study sites, the slopes of the sites have been categorized from I (stable) to V (completely unstable) for all types of failure. The number of major prominent discontinuity in the study area is observed to be from three to six. Slopes are found to be gentle to very steep. After detail observation of the rock slopes, those of the Fagfog Quartzite (Fg2) and the Kulekhani Formation (Kh2) are found completely stable in terms of plane and toppling failure because of their massive beds.

The completely stable to stable slopes found in the Robang Formation (Rb3) are due solely to rock mass character.

Due to the steep slopes (72° to75°) in Ml1 (LS) and Ml2 (RS) of the Malekhu Limestone, and their favorable discontinuities, the adjustment factor is diminished giving rise to the stable to unstable slopes in terms of wedge and plane failure, respectively.

Partially stable slopes in terms of all failure modes are found in the slopes of the Benighat Slate (Bg1 and Bg2). SMR shows that toppling and plane failures in this formation could be driven by its poor rock mass quality.

The SMR of slope of the study area ranges from 0 to 97% that falls between I (completely stable) to V (completely unstable). The following categories of slope mass stability have been identified:

• Stable to completely stable slopes: The slopes of the Robang Formation (Rb3) in terms of all failure modes, and those of the Fagfog Quartzite (Fg2) and the Kulekhani Formation (Kh2 (RS) in terms of wedge failure.

As per stability of slopes of the whole study area, only 20-25% of the area is completely stable, the remaining is vulnerable due to various slope failures.