Abstract: Heavy metals are normally occurring elements that have a density at least 5 times higher than of water. Their plentiful domestic, industrial, agricultural and technological usages have led to their widespread distribution in the environment; raising worries over their possible impacts on human health and the environment. The toxicity of heavy metals relies on numerous factors including the dose, method of exposure, and chemical types. This review provides an analysis of heavy metals occurrence, toxicity, and some pollution assessment methods such as the geoaccumulation index, contamination factor, Contamination Degree, Enirchment factor, pollution load index, Ecotoxilogical sense of heavy metals contamination and Risk Assessment of heavy metals consumption.

Water pollution becomes a significant problem because water is an essential natural resource for human life. Furthermore, water is an important resource of developing economics and society in terms of agriculture, industry and various facilities [1]. Lakes and rivers not only supply water for human consumption but also receive wastewater discharge from all human activities. In the past two decades there have an increasing public awareness of the hazards exit from the contamination of the environment by toxic substances. Aquatic systems are one facet of the impact of toxic substances on the natural environment [2].

Trace elements occur in minute concentration in biological system. They may exert beneficial of harmful effect on animal, plant and human life depending upon the concentration [3]. These elements are introduced into aquatic systems, rivers, lakes or ocean through atmospheric fallout, dumping wastes, accidental leaks, runoff of terrestrial systems (industrial and domestic effluents) and geological weathering [4].

The distribution of trace metals differs depending on hydrologic conditions, partly because of the dilution of upstream inputs during the flood periods [5]. Through the process of precipitation, sedimentation and a variety of factors such as chemical reactivity, land use pattern and biological productivity. Some of heavy metals that introduced in aquatic systems are deposited in the sediment aquatic plants and organisms [6 and 7].

Although some heavy metals such as Manganese, iron, copper and zinc are essential micronutrients, other such as mercury, cadmium and lead are not required even in small amounts by any organisms [8]. Some heavy metals become a matter of concern because of their toxicity and tendency to accumulation in food chains. Fishes, mollusk or another aquatic life are located at the end of food chain may accumulate metals and pass them to the human being through food causing chronic or acute diseases [3, 8 and 9]. Recent researchers have found that even low levels of mercury, cadmium, lead, aluminum and arsenic can cause a wide variety of health problems [3 and 10].

The sources and effects of heavy metals:

All sources of heavy metals can be divided into five categories as follow [11]:

In geological terms, heavy metals are included in the group of elements referred to as ( trace metals ) which together constitute less than 1% of the rocks in the earth crust; the macro elements ( O, Si, Al, Fe, Ca, Na, K, Mg, Ti,H,p and S) comprise 99% of the earth crust. The natural enrichment of metals in the soils may still give rise to harmful effect to living organisms.

Agriculture constitutes one of the most important non-point sources of metals pollutants. The main sources are:

c.   Disscants: As for cottons

e.   Wastes from intensive Pig and poulty productions: As, Cu ;

Many heavy metals are used in specialist alloys and steel V, Mn, Pb, W, Mo, Cr, Co, Ni, Cu, Zn, Cd, Li, As, Ag, hence both the manufacturing and disposal or recycling of these alloys in scrap metal can lead to environmental pollution of wide range of metals.

Many metals specially Cu, Cd, Pb, Sn and Zn are dispersed into the environment in leachates from landfills. Which pollute soils and ground waters, and in fumes from incinerators.

Other significant sources of heavy metals pollution in manufacture (sometimes in use) and disposal include:

Heavy metals are dangerous because they tend to accumulate. Compounds accumulate is living things any time they are taken up and stored faster than they are broken down or extracted (metabolized).heavy metals can enter the water supply by industrial or consumer waste or even from acidic rain breaking down soils and releasing heavy metals into streams, lakes, rivers and ground waters. [12].

Heavy metals toxins contribute to a variety of adverse health effects. These exit over than 20 different heavy metals toxins that have impacts on human health and each toxin will produce different behavioural physiological and cognitive changes in an exposed individuals. The degree to which a system organ tissue or cell is affected by a heavy metal toxin depends on the toxin its self and the individuals degree of exposure to the toxin [13].

The toxicity of heavy metals can be listed in order of decreasing toxicity as Hg>Cd>Cu>Zn>Ni>Pb>Cr>Al>Co, also this is only approximate as the vulnerability of species to individual metals varies. Toxicity also varies according to the environmental conditions that control the chemical speciation of metals, (Fig. 1), [14]. 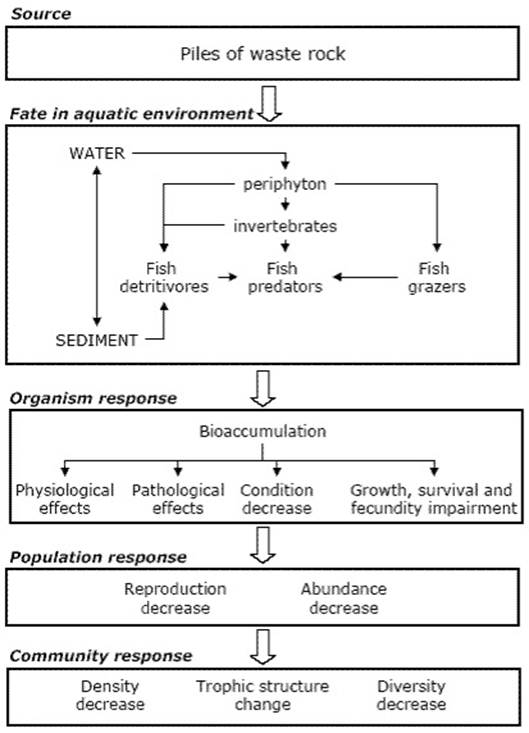 Figure 1. Fate of heavy metals and responses in different level in ecosystem source: [12 and 15].

Aquatic organisms may be adversely affected by heavy metals in the environment. The toxicity is largely a function of the water chemistry and sediment composition in the surface water system. Furthermore, the ability of aquatic organisms to adsorb metal is largely dependent on the physical and chemical characteristic of metal [16]. With the exception of mercury, little metal bioaccumulation has been observed in aquatic organisms. Metals may enter the systems of aquatic organisms via main three pathways [16]:

1: Free metals ions that are adsorbed through respiratory surface (e.g., gills) are readily diffused into the blood stream.

2: Free metals ions that are adsorbed onto body surface are passively diffused into the blood stream.

3: metals that are adsorbed onto food and particulates maybe ingested, as well as free ions ingested with water.

Many organisms can regulate the metal concentrations in their tissue.

Fish and Crustacea can extract essential metals such as copper, zinc and iron that are present in excess. Some can also extract non-essential metals such as mercury and cadmium although this usually met with less success. However, research has shown that bivalves are not able to successfully regulate metals uptake [16]. Some of The most important disasters with heavy metals were recorded as the follow [17 and 18]:

The first one was the Spanish nature reserve contaminated after environmental disaster: In 1998 to 2004, toxic chemical in water from a burst dam belonging to a mine contaminated the coto de donana nature reserve in the southern Spain. about 5 million m3 of mud containing sulfur, lead, copper, zinc and cadmium followed down the Rio Guadimar. Experts estimated that Europe’s largest bird sanctuary, as well as the Spain agriculture and fisheries, will suffer permanent damage from pollution.

While the second one was called Itai-itai disease that was found in the cadmium (Cd) Jinzu river basin in the Toyama prefecture, and has been generally recognized since the 1950s by the effort of the inhabitants. The strange disease that appeared in the downstream basin of Jinzu river around 1912 was called by local Itai-itai byo (Itai being what Japanese people say when inflict with pain and byo literally meaning disease). The reason of this name came from the way that victim cried out Itai-itai under the excruciating pain they endured. Women were mostly afflicted with pain across their entire body and more severe cases suffered broken bones when trying to move by their own.

The term "bioavailability" is mean to denote heavy metals in a water-soluble form that plant and animals communities can readily uptake and assimilate [19].

The bioavailability of metals (expressed in percent) with respect to total metal content can be calculated as follows:

The distribution coefficient of a metal between the water, suspended particle or sediment is calculated from the equation:

EF can be calculated according to two manners:

Second, EF was calculated by examining the widely used element Al to standardize the metals in the sediment. The EFx for a metal (x) is defined as:

Where, x/Al sediment is the ratio of the heavy metals (x) to Al in the sediment sample.

EF values were interpreted as suggested by [21].for the metals studied with respect to shale average [22].

This to quantify the degree of anthropogenic contamination and compare different metals that appear in different ranges of concentration in the study areas, an approach to indexing geoaccumulation, Igeo, [22 and 23]. A quantitive check of metals pollutions in sediment and in TSM was porposed by Muller and Suess equation and is called the Index of Geoaccumulation, which is the enrichment on geological substrate:

This is an assessment of sediment contamination by comparison of concentration with those of background sediments.

The terminologies in Table (1) are used to describe the contamination factor.

[26 and 27], had employed a simple method based on pollution loading index (PLI) to assess the extent pollution load in estuarine sediments.

Where CF is the contamination factor and n is number of metals and world average concentration of metals in shale rocks was taken as their background values.

The contamination factor can be calculated from the following relation:

In this study the PLI is measured for metals in each of the TSM and sediment of the study areas.

The potential acute toxicity of contamination in sediment sample can be estimated as the sum of toxic unit (TU). Toxic unit defined as the ratio of the determined concentration to PEL value [29].

[30]. reported a threshold effect concentration (TEC = the concentration above which toxicity may be observed) and a probable effect concentration (PEC = the concentration above which toxicity is frequently observed). Assessment of sediment pollution using different indices sediment contamination by comparison with effect based sediment quality guideline (SQG). Numerical sediment quality guidelines (SQGs) have been used to identify contaminants of concern in aquatic ecosystem (MacDonald et al., 2000). Sediments were classified as non-polluted, moderately polluted and heavily polluted, based on SQG of USEPA [31] as shown in Table (2).

Table 2. Concentrations of heavy metals in shales (ppm) and according to various guidelines and comparing with sediment quality guidelines (SQG).

5. Risk Assessment of Heavy Metals via the Consumption of Fishes

Risk assessment was evaluated by considering only the edible part (muscles tissues) to determine daily intake of metal (DIM) and health risk index (HRI) according to methods by Khan et al. [32] and Okunola et al. [33].

Where 𝐶metal is the concentration of heavy metals in the fish (mg·kg−1), 𝐷fish is the daily nutritional intake of fish (mg·day−1), Bo average body weight and 𝐶factor is the factor for conversion of fresh fish to dry constant weight. as computed by the equations below [34]. [35] as cited in USEPA [36, 37 and 38] as follows:

The health risk index (HRI) for the populations through the consumption of contaminated fish was assessed based on the daily intake of metals (DIM) relative to reference oral dose (RfD) for each metal. This is an index justifying individual’s risk of heavy metals. The HRI value of less than one implies safe tread and is considered acceptable; otherwise, the fish may pose heavy metals risk. The following formula was used for the calculation of HRI:

His review provides a complete sight on pollution levels and risks presented by heavy metals in water and sediment and offer reasonable evidence on the greatest need to fully assess the risks of heavy metals and other pollutants to secure the health of the community. The awareness of risks assessment shall be a priority considering constant increase in heavy metal and general environmental pollution globally in water, air and sediment. The continuous and/or periodical acquisition of data on the quality of the water bodies is essential for stakeholders in various countries; also data from sediments needs to be studied. Several methods of heavy metals pollution assessment are also discussed.