Glia and Addiction: A Review

Abstract: Glia (including astrocytes, microglia and oligodendrocytes), which constitute the majority of cells in the brain were thought to function as passive supportive cells, bringing nutrients to and removing wastes from the neurons. Glia cells have almost the same receptors as neurons, secrete neurotransmitters, neurotrophic and neuroinflammatory factors and are intimately involved in synaptic plasticity. Glia has been found to have multiple functions in eventually all systems of the body (CNS, CVS, GIT etc) Considering the multiple functions of glia, and because glia are the most numerous cells in the brain, it is not surprising that psychostimulants affect their activity. Thus, this review is focused on works done to reveal the important roles played by glia in addiction and the possibility of manipulating the activity of glia as a target in the development of pharmacotherapeutic agents for treating disorders related to psychostimulants.

Drug addiction is manifested by compulsive drive to take licit or illicit substances despite repeated severe adverse consequences [1]. Drug addiction is one of the major medical, social and economic burdens of human behavior. Glial cells constitute the majority of cells in the brain [2]. Glia includes; astrocytes which support neurons and their environment, oligodendrodytes that myelinate neurons and speed up the transmission of signals between them and microglia which act as the immune cell of the brain, clean up debris and provide local surveillance in the nervous system [3]. Although these cell types have generally been viewed as supportive cells, secondary to the neurons of the brain, research in the past few decades has started to shine some new light on these underrated elements, indicating that these cells participate in a variety of complex processes important for proper brain function. These three major glial cell types in the brain, communicate with each other and with neurons by using neurotransmitters, other small molecules, and gap junctions [4]. Glia contain receptors, secrete neurotransmitters, neurotrophic and neuroinflammatory factors [5,6], control clearance of neurotransmitters from synaptic clefts [7] and are involved with synaptic plasticity [8]. Neurotransmitter transporters such as glutamate, dopamine and receptors for drugs of abuse are also localized on astrocytes and microglial cells, so it is expected that substance abuse may disrupt glial function in ways that subsequently alter neuronal function and communication. Given their prevalence, and their multiple modes of controlling neurological functionality, it is not surprising that glia and their secreted products have been reported to modulate, and be modulated by, the drugs of abuse including psychostimulants [9-11]. Glial transmission has been found to be necessary for reinstatement of drug-seeking behaviors triggered by cocaine [12]. 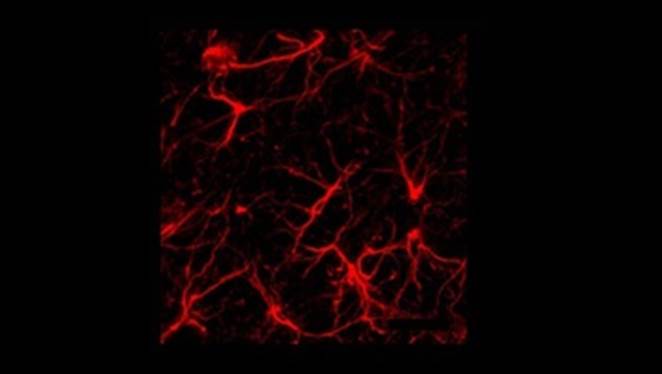 Figure 1. Cells known as glia (Greek for "glue") were long believed to provide nothing more than support to nerve cells. [13].

These diverse features of glial cells suggest that alterations in the morphology and physiology of glial cells in brain areas critical for the manifestation of addictive behaviors, such as the prefrontal cortex, nucleus accumbens (NAcc), ventral tegmental area (VTA), amygdala or hippocampus may contribute to the vulnerability to initiate and persist in drug addiction. Gliosis and inflammatory responses are significant pathological features of substance use disorders [14].

Reactive microgliosis has been detected in several regions of the brains of methamphetamine addicts who had been abstinent for several years [15]. Microglia prune synapses in part by monitoring synaptic transmission [16]. Microglial cells also display receptors to neuropeptides, neurotransmitters and transmitters released by astrocytes [17,18]. Cannabinoid receptors are expressed by microglia [19,20]. Methamphetamine administration to rats at doses that induce dependence causes activation of microglial cells in the striatum. Since the activation of microglia follows a course similar to the neurotoxicity caused by METH, it has been suggested that METH neurotoxicity might be at least in part mediated by the METH-activated microglia [21,22]. Evidence suggests that methamphetamine-induced damage to dopamine neuron terminals is associated with microglial activation [23]. Chronic ethanol intake in rats results in the appearance of microglial cells with aberrant morphologies in the hippocampus that clears out after withdrawal from alcohol [24]. Methamphetamine and cocaine directly affect microglia through actions at sigma1-receptors which are associated with the membrane of the endoplasmic reticulum [25]. Sigma1-receptors are one of several putative molecular targets of methamphetamine [26]. and cocaine [27,28]. In the brain, microglial cells are the main cause of neuroinflammatory responses due to drugs [29].

Astrocytes are the most abundant glial cell type in the central nervous system [30]. An essential function of astrocytes is in the reuptake and management of glutamate released by neurons during synaptic activity [31,32] and glutamate is involved in learning processes that lead to behaviors of addiction [33,34]. Astrocytes can regulate synaptic transmission between neurons by modifying the concentration of extracellular potassium, controlling local blood flow, by releasing and/or taking up neurotransmitters or neuromodulators, by delivering nutrients to neurons, and by altering the geometry and volume of the brain extracellular space [4]. Cell membranes of astrocytes bear receptors for most neurotransmitters and peptides: glutamate, dopamine, norepinephrine, serotonin, gamma aminobutyric acid, acetylcholine and opioid peptides [11]. It is not surprising then that many drugs can affect astrocytic physiology not only directly but also through alterations in the release of neurochemicals from surrounding neurons. These characteristics of astrocytes suggest that altering their functions in reward circuits may contribute to drug addiction. Research has shown that the control of glutamate uptake and the release of neurotrophic factors by astrocytes influences behaviors of addiction and may play modulatory roles in psychostimulant, opiate, and alcohol abuse. Administration of cocaine, amphetamines and most psychostimulants induces activation of astrocytes [35,36] This activation is defined by an increase in the expression of glial fibrillary acidic protein (GFAP), a main component of the cytoskeleton of astrocytes. In rats chronically exposed to alcohol, astrocytes increase the expression of GFAP in the first few weeks while longer exposure result in decrease in the expression of GFAP [37]. Chronic treatment with morphine also results in increased GFAP expression or enlarged astrocytes in ventral tegmental area(VTA), nucleus accumbens (NAcc), frontal cortex, locus coeruleus and nucleus of the solitary tract of the rat [38,39]. Tolerance to morphine has been also related to downregulation of glial glutamate transporters GLT-1 and GLAST in the spinal cord [40] suggesting a link between structural and functional features of astrocytes involved in tolerance to morphine. A participation of glutamate transport in alcohol addiction is also supported by the work of [41]. According to [42,43] glutamate is highly involved in learning behaviors associated with addiction. Because of their essential role in managing glutamate, understanding the neurobiological consequences of psychostimulants in astrocytes is likely to reveal significant mechanisms of action.

Oligodendrocytes increase the speed of electrical transmission through nerve axons by forming the axonal myelin sheath and clustering ion channels at nodes of Ranvier [44]. At present, there is very little information available on the potential effects of drugs of abuse on oligodendrocytes. They have been minimally explored in the context of psychostimulant abuse. Oligodendrocytes are very sensitive to the exposure to ethanol, even more than astrocytes and neurons, and that the effects of ethanol almost always result in increased likelihood of oligodendrocyte or myelin degeneration [37]. Oligodendrocyte numbers [45] and myelin [46] are reduced following cocaine exposure in rats.

This mini review on glia and addiction has shown that, these cells might play important roles in the long-term manifestations of substance use disorders, both in terms of addiction to these agents and their long term neuropsychiatric consequences. It has also shown that understanding the numerous functions of glia other than supporting cells is growing and the possibility of developing anti-addiction therapies based on the regulation of growth factor expression in glial cells much better.