Abstract: Long noncoding RNAs (lncRNAs) are a class of regulatory RNA molecules that are no shorter than 200 nucleotides in length with rare protein encoding capacity. It is widely accepted nowadays that lncRNAs play important roles in tumorigenesis and related events. Recently, some comprehensive investigations and major advances of lncRNAs have also been made in other fields including cardiovascular and central nervous system. Here, we will overview the recent progress of lncRNAs, particularly in those fields other than cancer biology, from which big breakthroughs or milestone works have been made.

Long noncoding RNAs (lncRNAs) are regulatory RNA molecules that are no shorter than 200 nucleotides in length with rare protein encoding capacity. On one hand, lncRNAs share many common features with mRNAs. Therefore, lncRNAs are also called mRNA-like ncRNAs. On the other hand, lncRNAs possess several special characters that are distinct from mRNAs. One most recognized feature is that compared with protein-encoding genes, lncRNAs show more significant spatial and temporal tissue-specific expression pattern in normal cells or during development, suggesting specific roles of lncRNAs. Indeed, recent work demonstrated that the expression and dysregulation of lncRNAs also displayed stronger cancer type specificity than protein-coding genes [1].

lncRNAs play important roles in almost all the tested physiological and pathophysiological cellular events. Perhaps, imprinting and dosage compensation related lncRNAs represent the most understood function of lncRNA, which were the first investigated subclass of lncRNA even long before the definition of lncRNA being widely accepted and continue to give us surprising findings. Many lncRNAs have been found to play roles in transcriptional regulation in extremely diverse mechanisms, including but not limited to epigenetic regulation (e. g. HOTAIR[2]), allosterically regulating enzymatic activity (e. g. ncRNACCND1 [3]) and chromosome interaction (e. g. Firre [4]), thus affect cell proliferation and differentiation and result in biological phenomena in development or disease. Moreover, with the accumulating knowledge and advanced genetic modification techniques, lncRNA in vivo study has made a big breakthrough in recent years. Here, we will review the biological functions of lncRNAs, primarily focusing on imprinting, cardiovascular and central nervous system in which big breakthrough and milestone works have been recently made.

The study of lncRNAs can be traced back to two imprinting related lncRNAs, H19 and Xist, discovered by Shirley M. Tilghman group in 1990 and Janet R. Lee group in 1991 respectively [5, 6]. Shortly after the identification, several independent groups including Tilghman and Lee groups have generated genetic mouse models for H19 and Xist. Xist was successfully and consistently shown to be crucial in X chromosome inactivation [7, 8]. In contrast, the first three H19 genetic knockout mouse models exhibited trivial phenotypes in body weight and growth [9-11]. Lately on, by using tumor mouse model, H19 was found to play some roles in tumor initiation [12].

Very recently, Jinsong Li group from Shanghai Institutes for Biological Sciences, China established a full-term development system of semi-cloned (SC) embryos [13]. A critical step is that differentially DNA methylated regions (DMR) of H19 and Gtl2 [13] have to be deleted to generate mouse androgenetic haploid stem cells (AG-haESCs) without functional H19 and Gtl2 (DKO-haESCs). Mouse AG-haESCs can support full-term development of SC embryos upon injection into MII (metaphase II) oocytes and generate alive SC pups. However the efficiency of live-born SC animals was relatively low (around 4.5% of the transferred embryos in mouse and 1% in rat), and approximately 50% of SC mice displayed a growth-retarded phenotype or died shortly after birth[14]. The advantages of DKO-haESCs include that: (1) this system is independent of Caesarean section which is required for WT AG-haESCs, (2) this system produces high efficient production rate with live and normal sized SC mice. Therefore, this system provide useful laboratory tools in genetic modification.

Fendrr (Fetal-lethal noncoding developmental regulatory RNA) is a musculus intergenic lncRNA located at chromosome 8, which is about 2.4kb long and composed of 6-7 exons [15, 16]. Foxf1a, which shares one bidirectional promoter with Fendrr, is an mRNA gene located at 1.3kb downstream of Fendrr. Through RNA in situ hybridization experiment, Herrmann’s group found that mice Fendrr specifically expressed in the caudal lateral plate mesoderm (caudal LPM) [16]. This area is a key part for the heart and body wall development. Further, Herrmann group inserted a stop codon ahead of Exon1 and obtained the gene silenced mice Fendrr3xpA/3xpA. Due to the heart and body wall abnormalities, these mice died at embryo E13.75 days. To exclude Foxf1a’s effect, Herrmann group transducted a Fendrr BAC clone in which Foxf1a was inactived into Fendrr3xpA/3xpA mice ES cell. The normally developed mice by RNA rescue experiment of Fendrr proved that the phenotype of Fendrr3xpA/3xpA mice was caused by lacking of Fendrr lncRNA. This elegant in vivo work from Herrmann group for the first time proved the phenotype by deleting a lncRNA-containing area is indeed an result of the affected lncRNA, not its neighboring mRNA gene. Using a different strategy, Sauvageau et. al. [15] entirely deleted Fendrr gene loci replaced with lacz reporter, and then found ventricular septal defect in mice, supporting Herrmann group’s finding that Fendrr is a crucial noncoding RNA molecule in development. This hysteretic heart malformation was different from the rapidly formed malformation caused by general transcription factors regulating target genes inactivation.

SRA (Steroid receptor RNA activator) is a multifunctional lncRNA molecule and has around 20 transcripts with the higher expression level in heart and skeleton muscle. During myogenic differentiation, SRA acts as a transcriptional coactivator for myogenic differentiation (MyoD) [18]. The genome locus expressing SRA also give rise to a protein encoding gene, named as SRAP, which can bind to SRA and counteract SRA’s action [19]. Moreover, studies showed that decrease of SRA1 resulted in myocardial contractile dysfunction [20].

Tie-1 (Tyrosine kinase containing immunoglobulin and epidermal growth factor homology domain-1) is a tyrosine kinase receptor in cell surface, which can combine with angioprotein and be essential for vascular development. Keguo Li et al. [21] found tie-1 AS lncRNA could bind to tie-1 and regulated expression level of Tie-1 in zebrafish, mouse and human. Moreover, injection of tie-1 AS lncRNA in zebrafish embryos resulted in endothelial junction defects.

In addition, other lncRNAs such as uPAR [22] and βMHC [23] also participate in pathogenesis of cardiac disease. Together, these studies demonstrate crucial roles of lncRNAs in heart development and cardiac disease (Figure 1). 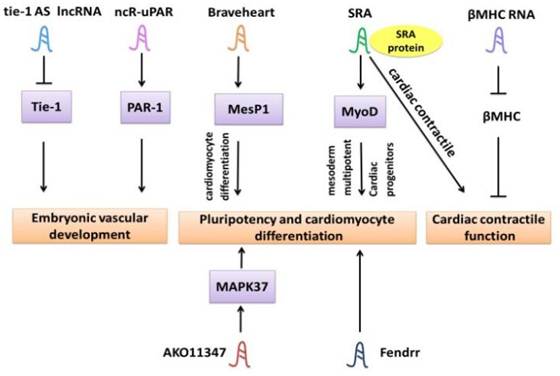 Fig. 1. The role of lncRNA in cardiovascular syste.

4. LncRNAs in the Central Nervous System

On the last day of the year 2013, John L. Rinn’s group from Harvard University published their 18 lncRNAs knockout work on Elife[15]. In this work, they first performed systematic and comprehensive analysis on genome-wide musculus lncRNAs, including sequence, genomic position, relationship with mRNA and other noncoding RNA genes and expression pattern. Then, the selected 18 lncRNAs that suitable for genetic modification based on their stringent criterion were knocked out by entire gene deletion. Surprisingly, many of these selected lncRNAs showed a favor expression in nervous system. For the five lncRNA knockout mice with dramatic developmental defects, two of them (Fendrr and Linc-Brn1b) showed defect in central nervous system. Other two lncRNAs, spasm-/- and linc-p21-/- appeared abnormal behavior, which might due to abnormality in nervous system.

Enhancer RNA (eRNA) is a special subset of lncRNAs found to be highly enriched in brain. It is now well accepted that eRNA contributes to the process of enhancer-regulated transcription. Recent work identified 103 human brain region specific enhancer regions expressing eRNA (rBEE) and showed that rBEE were enriched for genetic variants associated with autism spectrum disorders [26].

Alzheimer’s disease (AD) is the most common worldwide neurodegenerative disorder and has no effective cure method. Many brain expressing lncRNAs are found to be associated with AD. For example, BACE1-AS is a lncRNA molecule expressing from the antisense strand of BACE1, a crucial extracellular cleavage enzyme for APP (amyloid precursor protein) and often upregulated in AD pathophysiology. BACE1-AS can promote BACE1 by forming an RNA duplex with BACE1, thus stabilizing BACE1 mRNA and driving a positive post-transcriptional regulation of BACE1 [27]. BC200 is a primate brain specific lncRNA and a likely modulator for AD because the expression level of BC200 is found to be markedly upregulated or downregulated in AD patient brains [28,29]. The possible scenarios to explain the difference may be caused by different sample location of brain or the severity of disease. Sox2OT and 1810014B01Rik are another two potential lncRNA biomarkers for neurodegenerative disease when an unbiased study was performed by comparing the regulated genes from microarray analysis in normal or anti-NGF AD11 transgenic mouse model[30]. Other AD-related lncRNAs include NAT-Rd18 [31], 17A [32], and GDNFOS [33].

Although the study of lncRNAs has been extensively carried on for a decade or so, due to the relatively small portion of studied lncRNA, lncRNAs are still a vast group of mysterious molecules to us. Because the size of lncRNAs are longer than 200 nucleotides, they can form specific secondary structure. Upon stimulation, lncRNAs can rapidly response and generate new activities via structural change. We speculate here that this feature, together with the vast number of lncRNA, provides a highly diverse repertoire in our cell to fit the complex physiological and pathological need just like VDJ rearrangement in lymphocytes. We think this group of "dark matter" in cell will eventually help us to understand how the complexity of cellular event are fine controlled.