Abstract: Background: The stressful life of medical students may worsen the symptoms of irritable bowel syndrome, which is a chronic common disorder of the large intestine. In Saudi Arabia, chronic diseases are considered the cause for 69% of all deaths in 2002. Objectives: to identify the prevalence of chronic diseases, especially the prevalence of IBS among medical students at the University, and also to identify the risk factors contributing to IBS. Methods: A community-based Observational study was conducted among 555 students at the College of Medicine at the University over the period 1 – 29 May 2014. A self-administered questionnaire was used to collect data from all subjects included in the study. Results: The prevalence of Irritable bowel at the University was 10.5%. It was more prevalent in senior students reaching a peak in 5th year (16.8%) (p=0.022). There was significant relationship between IBS and students who have low socioeconomic status and low grades (GBA). Other chronic diseases were less in medical students than the general population in Saudi Arabia. Conclusion: The study illustrated a high prevalence of IBS among medical students at the University, so we recommend a structured program for stress management among students including sports and recreational facilities that are geared to reduce stress and prevent it from reaching pathological states.

Irritable bowel syndrome (IBS) is a common disorder of the large intestine and one of the chronic diseases that may become worse by stress [1]. The stressful life of medical students may worsen the symptoms of irritable bowel syndrome, and depending on this fact we predict that the symptoms of IBS may increase in senior medical students compared to younger students due to the increasing levels of stress of work and study. Students living away from their families may have higher rates of IBS due to stress and emotional liability.

Other than the emotional problems, age and sex are also factors affecting the IBS as it's more prevalent in adolescent females, also food sensitivity and some medications can contribute to IBS. [2]

The prevalence rate of IBS in the world is from 9-23% [3]. In Saudi Arabia the disease shouldn’t be underestimated, because it can cause serious economic problems as IBS patients need more tests, more physicians' consultations, more medications and even more surgical interventions. [4]

Other chronic diseases that we presented in this survey are diabetes mellitus (DM), hypertension, bronchial asthma, anemia and visual problems.

These stress factors may also lead the medical students to practice unhealthy lifestyle such as neglecting their diet of healthy meals, which may subsequently lead to some chronic diseases like anemia.

In other words, anemia is a sign of both poor nutrition and poor health. It has been associated with impaired daily activities; decrease in the exercise capacity, impaired cognitive function and may lead to some behavioral disturbances [7], thus anemia has been listed as a worldwide concern, that in May2002 the General Assembly of the United Nations produced a report on the importance of controlling this condition [8].

In general, the prevalence of chronic diseases increases with time, for example the global burden of DM type 2 will expand in 2030 from171 million to 366 million patients [9].

On the other hand, some data of chronic diseases as asthma are not widely available in developing countries. But the availability of such data is important for epidemiological purposes, and also for determining the pharmaco-economic range of asthma in each society [10].

Visual problems (including refractive errors) and hypertension are also common diseases that warrant further research and studies. Identifying their prevalence can be useful for epidemiological and pharmaco-economical purposes.

A community-based Observational study was conducted among the students of the College of Medicine at the University over the period 1 – 29 May 2014. Ethical Approval was obtained from the University’s Administration. The study conformed to Helsinki Declaration of Human Rights. Criteria for inclusion in the study were all registered full time students at the College of Medicine of both genders and all ages, who were able to give an explicit consent to participate in the study. Students who were unable or unwilling to participate were excluded. The data was entered using the Statistical Package for Social Sciences (SPSS) version 18.0. chi square test and student T test were used for categorical and numerical data respectively.

A self-administered questionnaire was used to collect data from all subjects included in the study. The questionnaire was in English and consisted of several sections including demographic, personal and socioeconomic data, as well as personal habits. Details of current and past medical conditions and health related difficulties were documented. The questionnaire included and introduction clearly outlining the objectives of the survey. Agreeing to complete the survey implied a consent to participate in the study. Some students completed a paper-based written questionnaire while others completed an identical electronic survey via Google Docs.

The prevalence of chronic diseases explored in this study is illustrated in Table 1. We have investigated diabetes, hypertension, bronchial asthma, visual problems and IBS in both male and female sectors. Figure 1 shows details of the distribution of these diseases among students. 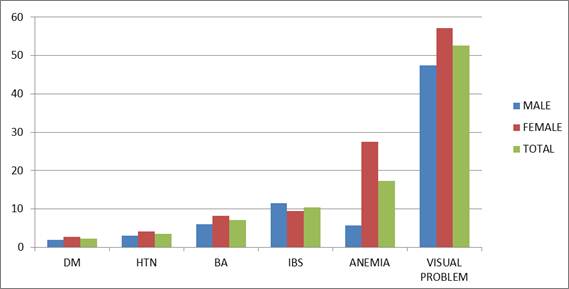 Figure 1. Percentage of chronic diseases among medical students at the university.

Table 1. Prevalence of chronic diseases among medical students at the university according to gender.

The prevalence of irritable bowel syndrome (IBS) was high in medical student compared to the general population, because it is related to stress and medical student have stressful lifestyle in the form of several assessments and examination for theoretical and practical subjects, long working and studying hours and less hours of sleep. We did not find any statistical difference in IBS between males (11.5%) and females (9.5%) (p=.449).

IBS was more prevalent in students who are of low socioeconomic status (their families income <5000 S.R) (p=0.046)). It would be expected that students of low socioeconomic status are more likely to face higher levels of stressful life, bowel disorders and inappropriate diet that may explain the higher prevalence in this group of students. The study showed that the prevalence of IBS was high in students with low GPA (p=.012). It was more prevalent in senior students reaching a peak in 5th year (16.8%) (p=0.022) and this is probably because of the increasing load of work, studying and responsibilities. The rate IBS was more than double in married students (18.4%) compared to singles (9.9%) but the difference was not statistically significant (p=0.096). This funding was rather surprising as we would expect married students are likely to be more comfortable in their lifestyle, as they have partners who take care of them and support them emotionally.

There was no supporting evidence that IBS is worse in relation to daily meals, participation in sport, and number of sleeping hours, smoking or number of daily study hours.

Other chronic disease such as diabetes mellitus, hypertension, asthma, anemia and visual problems are common in Saudi Arabia, but their prevalence in Almadinah Almunawwarah has not been fully explored or documented in epidemiological studies especially among medical students.

In this study, the prevalence of chronic disease in medical students of the University was found to be lower than most of other studies conducted in Saudi Arabia and in particular Almadinah Almunawwarah.

The prevalence of diabetes mellitus was found to be 2.3% of the total student population at the university (1.9% in males and 2.7% in females). This is significantly different than a previous study which showed that 23.1% of the population have the disease according to cohort study in Riyadh of 9,149 adult Saudis ages seven to eighty years [12]. Another study conducted in the years 2001-2007 for prevalence of type 1 diabetes in Saudi Arabian children and adolescents confirmed that the prevalence rate was 109.5 per 100,000, with male to female ratio was almost equal [13].

For bronchial asthma the prevalence was (7.2%) in total, which was lower than previously reported in Al Madinah Al Munawwarah in 2012. The prevalence of Allergic Disorders among primary school aged children was 23.6% [15].

Anemia is a common disease and it is more common in females because of many factors including menses. The current study showed the prevalence of anemia was (17.3%) in total. Anemia and nutritional status of school children living in high altitude area were studied in 2006. The prevalence of anemia in this group was (9.8%) [16].

Visual problems are very common in medical students as it is affecting more the half of them (52.6%). The problems included Astigmatism, Farsightedness, Myopia and Color Vision Deficiency. There are no local studies to compare with. However, a recent study showed the prevalence of refractive errors was in one third of people who are older than 40 in United States, Western Europe and one fifth of Australians in this age group [17].

The strength of this study was that it addressed a major health issue among a large sample of the student population. It identified major diseases that affect student’s welfare, therefore their educational attainment. It was hoped that the University’s administration would consider the recommendations to implement programs to reduce the stress levels among students therefore enhancing their learning capabilities.

The major weakness of the study was in the design as it relied on self-reported questionnaire which was completed by students at all grades. There was no mechanism to objectively verify the accuracy of the information included in the analysis. This could be an opportunity to call for further research on a wider sample including all students of other colleges with some verification of the provided information.

The study illustrated a high prevalence of IBS among medical students at the University. As it related to stress there was high prevalence in low socioeconomic status as well as senior students and those who have achieved a low GBA. For these reasons, we recommend a structured program for stress management among students including sports and recreational facilities that are geared to reduce and prevent stress of reaching any pathological states. The prevalence of other chronic diseases was low except for the anemia which was high especially in females. There is a need to increase public awareness of common and chronic diseases and their risk factors. Public education and lifestyle modification programs may contribute to controlling chronic diseases.

First of all, we are grateful to our University for establishing us to complete this research paper. We would like to acknowledge all medical students and interns who participate in the research. As we would like to thank all administrative personnel who facilitated conditions for the work. We would like to express our sincere thanks and gratitude to Professor Imad Al-Khawaja of the Department of Medicine at Taibah University for his advice and supervision in the interpreting of the results and preparation of this manuscript.