Abstract: Our study consists of determining the environments favorable to the harmonious development of the trees while answering our problem which is the failure of the techniques of reforestation. From a geomorphological study, the distribution of the environment favorable to the development of the trees is highlighted. Permanent, intermittent watercourses, saturation topographic indices and calculated drainage density allow the location and mapping of potentially suitable media. Different methods of applied numerical treatments such as drainage density, topographic index and temporary and permanent watercourse extraction have made it possible to locate and map the potentially wet media favorable to plant development.

The Lamto station is located in the Guinea savannah zone at 6° 13'N and 6° 25'N north latitude and 4° 97'W and 5° 02'W west longitude (WGS 84). It covers an area of 2585 hectares with a savanna mosaic and forest galleries penetrates inside the dense rainforest area. It is a region of climatic transition that sometimes swims in the sub-tropical four season climate (two dry seasons alternating with two rainy seasons) and sometimes in the humid tropical climate when the small dry season of July-August fails to reach Assert itself. Vegetation is pre-forest savannah.

The equipment used is Shuttle Radar Topographic Mission (SRTM). The SRTM data are altimetric data of the surface of the terrain according to a regular mesh.

The various extraction operations are carried out by implementing the algorithm (D8) of Jenson and Domingue (1988). "The algorithm D8 considers the direction of flow following a unidirectional flow in eight connexions, taking into account the eight neighboring cells of the point considered" (Charleux-Demargne, 2001). It assigns to it a code according to the relative position of the cell having the lowest altitude. A flow direction matrix is thus obtained.

To determine the hydrographic network, the connectivity algorithm uses a threshold for the appearance of water, or critical drainage area. A pixel of the DTM is considered a river if it exceeds a certain threshold set by the user. The extraction of the hydrographic network is preceded by the calculation of the drained surfaces. Each pixel of the DTM is allocated the number of pixels located upstream in the direction of flow. Thus, for a given pixel the value of the pixels located upstream will determine the importance of the drained area (Renaud, 2006). 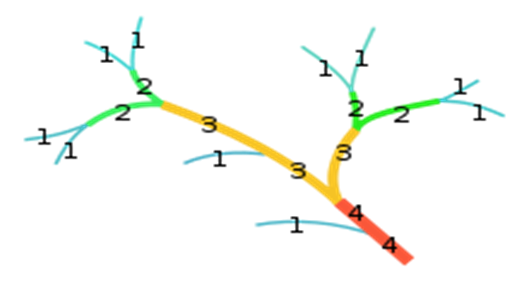 Figure 1. Order of Streams according to Strahler.

The general methodology of the study is based on the use of indices derived from the MNT at a pitch of 50 m which estimate the level of water saturation of the soil. These derivatives require to be thresholded by soil and hydrogeological data. These derivatives are then combined to produce the envelopes of the potentially wet media.

Potentially moist media can be identified by the use of complex derivatives of NCDs: topographic indices. They correspond to indices of estimation of zones saturated by water. They give information on the areas in a limited time. The indices presented often derive from the concept of the Beven-kirkby index (Beven and kirkby, 1979). These indices have been used in Britain but also in several European watersheds in the Netherlands in Poland, Spain, Switzerland and the United Kingdom in contrasting climatic, geological and topographic contexts (Merot et al., 2003). Numerical field models at resolutions ranging from 30 to 90 m were used.

This index is actually an index of congestion. It translates the proportion of a pixel to saturate more or less easily. For the calculation of the topographical indices, we used the following relation determined by (Tarboton 1997)

Drainage density (Dd) identifies wetlands and potentially wet areas. Areas with low drainage densities will store the water. Areas of high density will let the water circulate. Density is defined as the length of the hydrographic network per unit area. The density in a mesh is determined by the following formula:

3.1. The Drainage Network (Order of Rivers According to Strahler)

The Strahler classification shows the branching of the hydrographic network (Figure 2). The network extracted from the SRTM images corresponds to the talweg lines including permanent watercourses and temporary watercourses. The treatments allowed us to determine that until order 7 we had permanent streams. Beyond this, the network corresponds to intermittent watercourses or rainwater run-off paths (talweg line, drains, ditches). 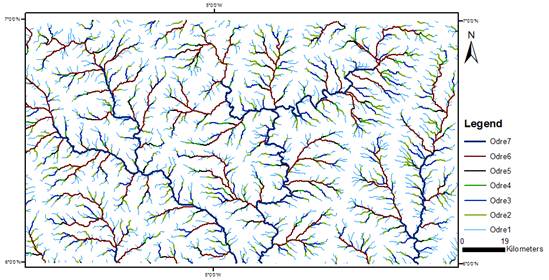 The permanent streams favor the development of the forests galleries this is the case of the river Bandama where we observe the forest at the edges. (Figure. 3)

Figure 3. Spatial distribution of trees in the vicinity of permanent streams (plan and cross-sectional views).

Temporary watercourses favor the development of forest islets and thickets. The distribution of the vegetation according to the permanent streams reveals that the trees develop on both sides of the banks because they constitute riparian wetlands because of their position at the interface between the rivers and the river. Terrestrial environment. According to Mitschet and Gosselink (1993), these areas have the capacity to regulate the hydrological regime. Indeed, they are able, for some of them, to reduce downstream flood peaks by storing water during periods of flood and low water, to support downstream flow by gradually restoring the stored water In periods of high water (Figure 4). 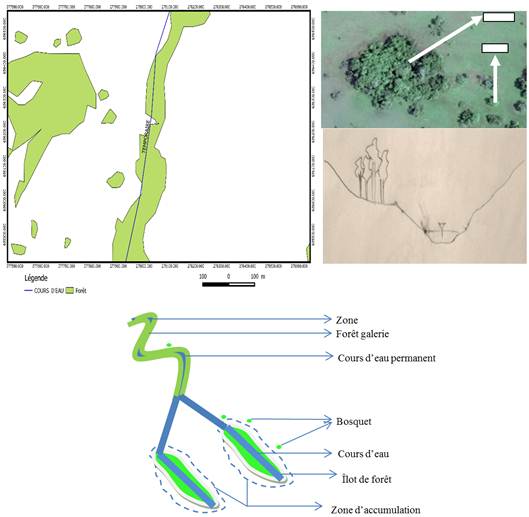 Figure 4. Diagram of the organization of rivers and the distribution of vegetation.

We have a rather monotonous relief. The lower altitudes (31 to 112 m) are more dominant. Areas of low altitudes are potential sites of water accumulation and nutrient deposition. The drainage density values, between 0 and 6.26 km / km2, are divided into three classes of densities (Figure 5). The values of the very low class vary from 0 to 2,088 km / km2 in this study, and covers a good part of our scene. Areas with high drainage densities easily drain water. While areas with low drainage densities will tend to store them, thus promoting the development of wetland habitats. It is these areas that will accumulate nutrients for plants. In these areas, there are also strong microbial and chemical activities during the rainy season. Low-density zones (in blue) are superimposed on the permanent watercourse while those of high density (in yellow) correspond to the temporary watercourse, confirming the hypothesis that the lower the density, the best zone to retains water (Figure 5).

Figure 5. Map of the spatial distribution of drainage densities.

3.6. Proposal for a Favorable Zone for Reforestation

This study shows that the order of the rivers in the area is of the order of 7. This indicates that the area is sufficiently drained and therefore conducive to the development of forests in the vicinity of watercourses. These results are similar to those of Lebrun (1936), which shows that hydromorphic soils are located mainly along the hydrographic network, favoring the proliferation of trees. In addition, many areas of low altitudes, with a low slope, have also been observed. These areas of low flow are likely to accumulate sediments, nutrients and water according to Masselink and Short (1993). These elements are essential for the growth and development of plants. Thus these areas could be chosen as favorable locations for the development of trees. This hypothesis is confirmed by the observation of forest islands in the accumulation zones. The high class of the topographic index and the low density class of drainage show that the study area is likely to accumulate water while promoting the creation of wetlands. This could lead to forests. These results reflect the ideas of David Lafarge (2012) who argue that wetlands allow rapid growth of vegetation. 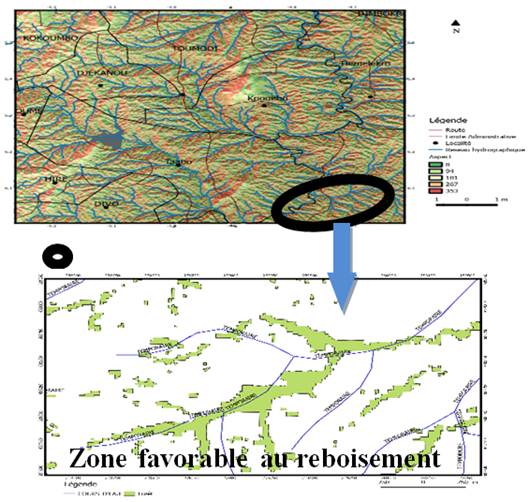 It would be important to point out that SRTM (MNT) images have proven to be very effective in recognizing the environment conducive to tree development and giving us an idea of the spatial distribution of trees.

Different methods of applied numerical treatments such as drainage density, topographic index, and temporary and permanent watercourse extraction have made it possible to locate and map the potentially wet media favorable to plant development.