Anxiety About Aging in University Students Comparisons by Gender

Abstract: The aim of this research was to compare the profiles of anxiety about aging in Mexican university students to aging. The total sample was of 1669 subjects; 851 women and 818 men with a mean age of 20.53 years (SD = 2.82) and 20.89 years (SD = 2.03) respectively. The approach adopted in the research is framed within a quantitative approach with a descriptive survey design. The results of the multivariate analysis of variance followed by analyzes of univariate variance, are the ones who show higher levels of anxiety to the fear of loss of social support and autonomy, while men manifest higher levels of anxiety as to contact with the elderly. The differences between men and women regarding anxiety about aging, suggest that in designing any intervention that aims to reduce this anxiety must be taken into account gender variable. Future research should replicate these findings in larger samples.

Anxiety about aging is distinguished from generalized anxiety disorder, and is strongly associated with physical and psychological well-being; it was even considered an important factor in measuring attitudes and behaviors towards the elderly. Such attitudes can be measured in three ways, first in relation to the stereotypes and prejudices against older adults because of their advanced age, a phenomenon defined as age discrimination, in an intrapersonal level, these attitudes can manifest itself through the individual's own anxieties about aging, which can be caused by the aging process and / or perhaps because of anxiety about the final result of the aging process, i.e., death anxiety; the last two are closely associated with each other [2-4].

As Bergman and Bodner [5] points out, for some people, interaction with old people can cause anxiety and tension and even fear, this could relate to that experienced powerlessness over one's future in relation to the aging process, consequently resulting the increase of discriminatory attitudes against the elderly; however, for authors like [3,6] voluntary interactions with older adults involving cooperation decreases anxiety, reduces discriminatory attitudes and being more aware of old people will experience lower concern for aging itself; while the highest levels of anxiety about aging itself appear to contribute to increased discriminatory attitudes towards the elderly.

Studies have consistently shown, that young adults are the ones who have a more negative opinion and have greater anxiety about their own aging process, while women show greater anxiety in relation to physical appearance [4,7]; such negative attitudes toward aging and towards the elderly, may be the result of a combination of educational, social and economic factors as well as the preference of the consumer culture targeted at young people [7]. Anxiety towards the elderly may be due to lack of knowledge about the aging process and lack of interaction with older people; some research suggests that, due to ignorance people have a negative view of the aging process and many people have egoistic views toward the elderly [8]; this because, generally the aging process is associated with increased susceptibility to disease, impairment of body functions and death, linking poor health with more anxiety about aging leading to discriminatory attitudes [9].

Moreover, anxiety disorders are highly prevalent throughout life, have harmful effects on the functioning in daily life, health and quality of life [10]; in the elderly it is one of the mental health problems more prevalent and debilitating and has been associated with cardiovascular diseases, stroke, cognitive impairment, urinary incontinence, diabetes, sleep disorders, lack of vitality, mortality, higher prevalence of symptoms of depression and also with participation in multiple risk behaviors for the health such as smoking, physical inactivity, poor nutrition, and abuse of alcohol [11-15].

Along the same lines, anxiety has been associated with decreased cognitive function, decreased physical activity, reduced verbal memory and decreased performance in executive functions, resulting in difficulty to complete multiple tasks at the same time, reducing the ability to participate in social functions [16,17]. Similarly, it was found that the perception of lack of social support and negative stereotypes significantly predicted increased anxiety toward aging, and that people experience anxiety when noticing deterioration in basic activities of daily life and as they need to depend on others [13,18].

Much is known about the negative effects of anxiety on this age group, however, dimensions and ramifications of anxiety toward aging are poorly understood; a large number of scales have been designed to assess attitudes towards aging and to the old people, however, many of these have not taken into account the multidimensional nature of aging and they lack of empirical development, hence, it is necessary a larger process of validation and replication of self-report instruments, to evaluate these symptoms with psychometrically measures, sensitive to changes caused in this stage of life, for this reason, as the population becomes increasingly older is transcendent understanding the discrimination based on age and develop strategies to reduce discriminatory attitudes and behavior against the elderly, given the harmful health consequences that this generates [3,19,20]. Therefore, is particularly important to investigate whether if belonging to a certain gender produces or does not a higher level of anxiety about aging.

This study attempts to identify the differences and similarities between men and women Mexican university regarding the perception of their anxiety about aging; taking into account its importance for personal psychological well-being. Consequently, this research aims, as applied research, provide information that translates into a higher quality of educational practice in the context of attention to diversity; contributing to pedagogical knowledge to the elucidation of the factors that make a model of integral human development.

Were 1669 subjects in the study, 851 women and 818 men, all students of the degrees offered at the Faculty of Physical Culture (FCCF) of the Autonomous University of Chihuahua. The age of the subjects ranged between 18 and 28 years, with a mean of 20.71 and a standard deviation of 1.93 years.

The sample was obtained by a convenience sample, trying to cover the representation of the different semesters of both degrees

Aging Anxiety Scale by Lasher and Faulkender Spanish version adapted by [21]. Likert questionnaire, assisted by computer, which consists of 14 items grouped in four dimensions or subscales: (1) fear of old people, measures the external contact with others, consisting of five items with statements like "I feel very comfortable when I'm near an old person", (2) physical appearance, composed of four items containing elements related to anxiety about changes in physical appearance, for example "I worry about the day when looking myself into the mirror I see gray hair ", (3) fear of loss, refers to the fear of loss of social support and autonomy, consisting of three items and (4) psychological concerns regarding personal or internal issues; It composed of two items, according to [21] the four subscales have adequate internal consistency with Cronbach alphas above.70.

The respondent answers on a scale of 0 to 10, his grade according to each of the proposed aspects. Higher scores indicate higher levels of anxiety about aging (Figure 1).

Regarding the design of the study, a quantitative approach with a descriptive and transversal survey design was used [22]. The independent variable was gender (women and men) and the dependent variables were the scores on anxiety about aging

Students of the degrees offered at the Faculty of Physical Culture (FCCF) of the Autonomous University of Chihuahua were invited to participate.

Those who agreed to participate signed the consent letter. Then, the instrument explained above was applied using a personal computer (instrument administrator module of the scales editor of typical execution), in a session of about 15 minutes in the computer labs of the FCCF.

At the beginning of each session students were given a brief introduction on the importance of the study and how to access the instrument; they were asked the utmost sincerity and they were guaranteed the confidentiality of the data obtained. Instructions on how to respond were found in the first screens; before the first instrument item. At the end of the session they were thanked for their participation.

Once the instrument was applied, data was collected by the results generator module of scales editor, version 2.0 [23].

Descriptive statistics (means and standard deviations) for all the variables were calculated. Subsequently, after verifying that the data met the assumptions of parametric statistical analyses, was made a multivariate analysis of variance (MANOVA), followed by the univariate analysis of variance (ANOVA), to examine the differences between women and men in terms of their perceived self-concept in each of the subscales of AUDIM. The effect size was estimated by eta-squared (η2). All statistical analyzes were made using SPSS version 20.0 for Windows (IBM SPSS Statistics 20). The level of statistical significance was set at p <0.05.

Table 1 shows the mean values and standard deviations of self-efficacy in the five factors of the AUDIM, also the MANOVA results and the subsequent ANOVAs.

Subsequently, ANOVAs indicated that, compared to the women students, men students show higher scores in fear of old people (F = 118.07, p <.001), and lower in Fear of Loss (F = 34.38, p <.001). While in the subscale of Physical Appearance and Psychological Concerns no significant differences were found (p>.05) 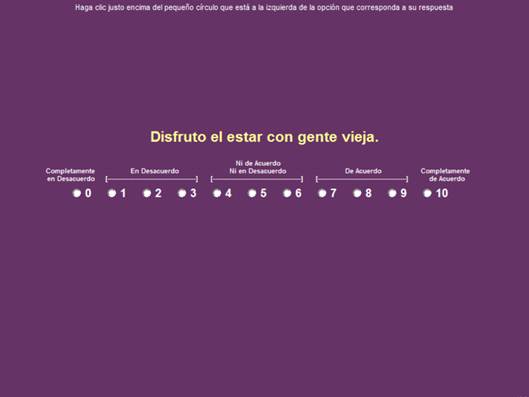 Table 1. Results of MANOVA and ANOVAs for the gender differences on the five subscales of self-concept.

The results show that, even though no significant differences between men and women in terms of Physical Appearance and Psychological Concerns were found, women are the ones who show higher levels of anxiety to the fear of loss of social support and autonomy, while men manifest higher levels of anxiety as to contact with the elderly; which partially agrees with that reported in [24], where it is stated that women exhibited on average less ageist attitudes than men.

The results also suggest that men and women report higher levels of anxiety as to the fear of loss and changes in the physical appearance that occur during the aging process.

The differences between men and women regarding their anxiety about aging also suggest that when designing any intervention that aims to decrease this anxiety, it will be necessary to take into account the gender variable; however, it is necessary to develop more research on this topic because the issue goes beyond the scope of this research. The importance of more research on this subject in our country is also emphasized.