Abstract: The newfound petroglyphs of Takht-e-Siah are located in 70 km the north of Shahr-e-babak in Kerman province the southeast of Iran. The Takht-e-Siah’s petroglyphs include 40 motifs on the 18 single boulders. These petroglyphs have been made by rubbing, hammering and by less frequently engraving techniques. These motifs contain ibexes, dogs and anthropomorphous motifs. In addition, due to difficulties of dating of petroglyphs in the Iran, microerosion analysis should be applied for dating the engravings of Takht-e-Siah.

Petroglyphs assume importance from the viewpoint of both history of art and anthropology, and they are regarded as the most reliable documents indicating socio-archaeological concepts. This type of rock art has been formed by human on the beds of rocks and stones; the goal of creating such works of art could be related to the subsistence base (daily life and also daily needs to food and accommodation) or beyond it including rituals, art, perceptions, law, conventions, and social norms. This art has both a united grammar and a universal repetitive pattern which encompass designs of animals, human, symbols, and geometric shapes in abstract styles and unbelievably realistic in much smaller scales in comparison with the real world. Extent and complexity of the topic of rock arts are contingent on the qualitative and quantitative variety of artifacts. Usually scenes of hunting or fighting, and sometimes dancing or performing rituals have been depicted on these rock panels. These remnants have been made on these stones and rock beds in particular environmental and ecological contexts in various styles in terms of form and content (Karimi 2007: 20). According to what has been said, the petroglyphs of Takht-e-Siah, their motifs, and their frequency are going to be discussed in the present paper; besides, it is to be mentioned that here the methodology of research and data gathering for this paper have been field work/survey, and the yielded data have been documented by the use of CorelDraw and Photoshop computer programs.

The Takht-e-Siah’s petroglyphs are located 25 km the south of Afkooyie Village in the Khebr County. This region is located at 70 km the north of Shahr-e-babak and 240 km the west of Kerman City (Fig. 1). The boulders of this region due to the geographical events have highly dense schist and flat form. The petroglyphs of Takht-e-Siah have been identified by an archaeological transect exploration in spring 2014. In total 40 motifs were discovered over a vast area on 18 single boulders. The major techniques applied to display these petroglyphs are rubbing, hammering and less frequently engraving techniques. These artistic petroglyphs could be classified into two major kinds of motifs, the anthropomorphic and Zoomorphic motifs. The motifs are showing in group and single scene.

The anthropomorphic motifs contain horseback or on the foot. According to their style it’s difficult to guess their sex. These petroglyphs of humans in the study area have all been illustrated by thin lines and for draw legs in the shape of an inverted V. depicting torsos by line and the head and neck with a dot, although such characteristic occasionally is seen in individual petroglyphs (Figs. 2, 3). In other words, we could say a set of lines in various ranges of thicknesses have been applied for displaying the human body. In the large number of the motifs the figure of dog or ibex has been showed beside the horseback which might want to show hunting scene (Figs. 2, 3). Anthropomorphs are mostly seen in apparent narrative and thematic contexts (riding, hunting, shooting, and fighting humans). The major motif between the human motifs is that, the person with arch and another person is standing in front of him beside the ibex motif; this motif might show the hunting scene as well (Figs. 3, 4). 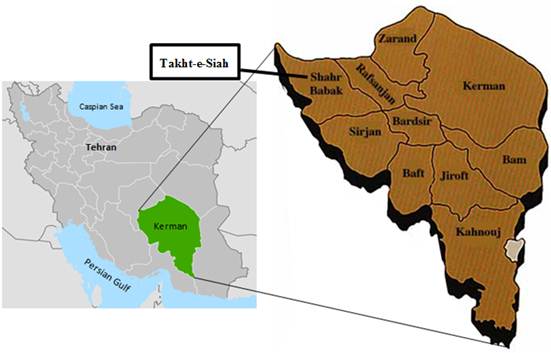 Fig. 4. The fighting scene, two horsebacks fight with other.

The archaeological surveys in the study area have shown that the Zoomorphic motifs are the most frequent petroglyph in the region. Among the petroglyphs of Takht-e-Siah ibexes motifs have shown with two very long horns which take more attention than rest of their body (Figure 6, 7). This motif has been often depicted in profile on four legs; it is sometimes seen that various ranges of lines in different degrees of thickness have been used for drawing the ibexes’ bodies, which suggests different formation dates for them. It’s seems like that they received a lot of attention from prehistoric potters (Karimi 2007). This animal has often been represented in Iran’s prehistoric artworks on all sorts of materials by both ways naturalistic and abstract way. The ibex motifs of this region are similar to other sites such as Ernan Mountain in Yazd Province (Shahzadi 1997; Rafifar 2005), Galeh-e-Bozi (Ghasrian 2006) and Sangestoon (Mohamadi Ghasrian 2007) in Esfahan province, Tape Shah-Firooz and Pooze Kohe Tanboor of the southeast Sirjan (Farhadi 1998), Tal-e- Berenjo and Tale-e-Anjir in the southwest of Sirjan (Farhadi 1998), Nazooye and Hossein Abad in Shahr-e-babak City (Farhadi 1998) in Kerman province. The dog's motifs overall construed as dogs are either shown in single or group scenes.  These dogs’ motifs have been displayed by thick lines with long bodies in profile.

Fig. 7. The ibex motif with exaggerated long horns and hunters on foot and horseback.

In the Takht-e-Siah (Kerman), 40 petroglyphs have been identified on the 18 boulders. These motifs can compare with the motifs which have been identified in the Kerman province. These motifs are comparable with another motifs by two ways the techniques (rubbing, hammering and in a few cases engraving) and kinds of the motifs. The petroglyphs we studied them mostly similar to the Ernan’s Mountain motifs in the Yazd province, Tape Shah-Firooz and Pooze Kohe Tanboor of the southeast Sirjan, Tal-e- Baranjo and Tale-e-Anjir in the southwest of Sirjan, Nazooye and Hossein Abad in the Shahr-e-babak City, and Deh-Barzo Village in Bardsir City. In addition the most motifs in the Takht-e-Siah are ibex motifs and they are comparable with large numbers of ibex motifs which have been identified in other regions of Iran. Unfortunately no laboratory study has been conducted for determine their chronology in the Iran so far, so we can’t provide any form of chronology for the newly found petroglyphs of Takht-e- Siah site as well.

We would like to appreciate Dr. A. Motarjem, F. Nikfarjam, N. Beik Mohamadi, A. Hatami, and S. Karimi; to give their valuable suggestions and A. Biglari for edited English of the manuscript.