Home saved bean (Phaseolus vulgaris L.) also known as common bean is the most important legume crop for human consumption, which provides cheap source of dietary protein for humans worldwide [1]. It is grown in over 12 million hectares and feeds more than 500 million people in Africa and Latin America alone [2].

It is commonly consumed for its delicacy, high protein content and as a source of certain antioxidants, minerals and polyphenols [3]. In addition, common beans are an excellent source of starch, dietary fibre, vitamins and minerals. The nutritional attributes of common bean makes it a potential crop for improving the nutritional security of poor communities.

The seeds of legumes are second mainly to cereals as the important source of food for humans and animals [4]. However, there are several factors which are responsible for their low production. Among them, diseases play an important role [5]. Seed-borne diseases have been found to affect the growth and productivity of the legume [6]. Diseases cause 80-100% yield loss of common bean on farms. Of all transmittable seed-borne diseases of common bean, fungi cause the most damage which includes seed rot, seed discoloration, shrinking seeds amongst others.

The present study was undertaken to find out the seed borne fungi of common bean sold in selected markets in Makurdi since the presence or absence of fungi on the seed surface is one of the most important aspects that determine seed quality.

Common bean seed samples were collected in polythene envelopes from four major markets namely; Wurukum, Wadata, High level and North bank in Makurdi and taken to the botany laboratory of the Benue State University for isolation of fungal pathogens.

Four replicates of 100 seeds per treatment were surfaced sterilized in 1% sodium hypo chloride for 1 minute and then rinsed in several changes of sterile distilled water. Petri dishes were lined with two layers of filter papers that were soaked in distilled water. Five of such Petri dishes were plated with 20 seeds each of common bean to represent the replicates of a treatment and these were arranged in completely randomized design. The Petri dishes were incubated for 7 days at 20-22°C. Filter papers in the Petri dishes were rehydrated at 24 hrs interval. After 7 days of incubation, fungi which grew out of the seeds were isolated on Potato Dextrose Agar (PDA) which was prepared according to manufacturers’ instruction.

Germ inability of the seeds was determined by visual observation. Seed germination was assessed by counting the seeds with seed leaf and dividing by the total number of seeds in the Petri plates expressed as a percentage. Thus;

2.5. Determination of Seeds Infected with Fungi

Seeds with fungal infection were determined by counting the infected seeds and dividing by the total number of seeds expressed as a percentage. Thus;

Occurrence of fungi was determined by counting the number of times each individual fungus occurred divided by the total number of fungi and expressed as a percentage. Thus;

Data obtained from this study was analyzed using Analysis of Variance (ANOVA) and the Fishers Least Significant Difference was used to separate the means at 5% level of significance.

A total of four fungi were isolated from the bean samples. They are Aspergillus niger, Aspergillus flavus, Fusarium oxysporum, Botryodiplodia theobromae as shown in table 1.

Table 1. Characterization and Identification of fungal isolates from bean samples.

Table 3. Analysis of Variance in the germination / viability of seeds.

Means tagged with different alphabets are significant at P=0.05, otherwise, they are the same.

Table 5. Analysis of Variance in the percentage of seeds infected with fungi.

Means followed by same alphabets are the same at P=0.05

3.4. Percentage of Fungi on Bean Samples

Table 7. Analysis of Variance in the percentage fungi on bean samples.

Means having same alphabets are the same at P=0.05

3.5. Frequency of Occurrence of Fungi 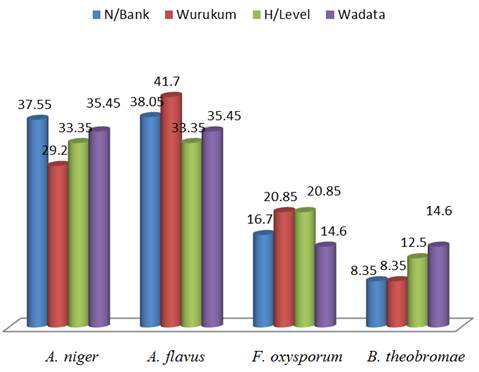 Table 8. Analysis of Variance in the frequency of occurrence of fungi.

Means followed by same alphabets are the same at P=0.05

In this study, Aspergillus niger, Aspergillus flavus, Fusarium oxysporum and Botryodiplodia theobromae were isolated from the common bean samples. This is similar to that of [9], who reported same fungi on some Legumes. Seed borne pathogens reduce crop yield in the range of 20-92% if infected seeds are grown in the field.

The viability of the seed samples ranged from 33-53% which indicates low seed germination. This may be due to the seed borne pathogen present externally, internally, or associated with the seed as a contaminant which causes reduction, elimination of germination, seedling damage, seed rot and seed necrosis [10].

Seeds infected with fungi ranged from 33-67%. This indicates that the bean seeds were strongly infected with different fungi located at the surface and internal of seeds especially the cotyledon. This is in agreement with [11] who reported several fungi from the testa, tegmen and embryo of sponge gourd seeds.

The percentage of fungi from samples ranged from 50-100% in all the sample sites and frequency of occurrence of fungi ranged from 8.35-41.7% for all fungal isolates. This indicates that the occurrence of fungi on the bean seeds differed greatly. Maximum fungal association was Aspergillus flavus and the least was Botryodiplodia theobromae. Many important diseases of plants caused by fungi are reported to be seed borne [12]. Analysis of seed infection level is a valid investigation tool to foresee the disease development transmitted by seeds because a healthy seed is a foundation for a healthy plant and a necessary condition for good yield.

Among various factors which affect seed health, the most important are seed borne fungi which cause reduction in seed germination. Isolation of these fungal pathogens indicates that seeds should be treated before sowing to obtain good germination and healthy crop.