Abstract: The population analysis of 240 Modiolus auriculatus individuals collected from the Red Sea showed that its size ranged from 1.36 cm to 6.02 cm in shell length. During spring and summer seasons, most abundant shell size groups of average shell length 4.0 cm, 5.0 cm and 6.0 cm were observed. While during autumn and winter seasons the groups of 1.5 cm, 2.0 cm and 2.5 cm were found in the population. Sex ratio (males to females) being 1.2:1 and the proportion of sexes in all size groups did not differ significantly from 1:1. The seasonal meat yield values are higher in spring and summer than these values during autumn and spring seasons. This looked to be related to gonad condition more than the somatic growth of the animal.

Eared horse mussels of mytilidae are widely distributed in the world, they occur in several seas of the tropical and subtropical regions. Modiolus auriculatus is a sedentary organism and is subjected to a wide range of environmental conditions. It was recorded in the western Indian Ocean, the Red Sea and Palestine (Eastern Mediterranean Sea) according to Safriel et al. [1]. It is distributed along the Red sea coast of Egypt was reported by Abdel Razeket al. [2]. While Abu-Zaidet al. [3] studied the allometry of this mussel inhabiting the intertidal rocky substrate in Hurghada area of Red Sea coast. Also, M. auriculatus reproduction cycle and its spawning in the same area were studied by Abdel Razek et al. [4]. Moreover, the distribution have been studied by Fshelson [5], Oliver [6] and Zuschin and Oliver [7]. The present study concerning concurrent seasonal variation of the size distribution of M. auriculatus population and its sex ratio; also seasonal meat yield variations were studied in Hurghada area, Red Sea, Egypt.

Measurements of shell length accurately done to 0.01 mm using Vernier Calipers and data grouped into 0.5 cm size classes see (Fig. 2). Shell weight of the hard shell after removing the soft part and weight of the soft part were weighted by using a digital balance to the nearest 0.01 g. Monthly sex ratios as well as the ratio according to the animal size were analyzed by using Chi-squire test (c²). Meat yield analysis was measured monthly for 30 individuals according to Walne and Mann [8], as the ratio of the soft part weight divided by weight of shell X 100. 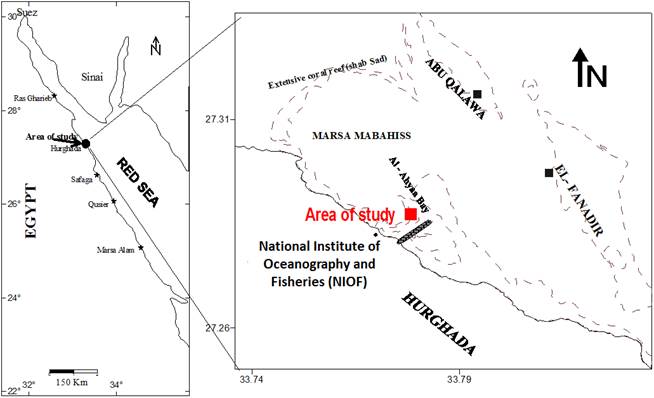 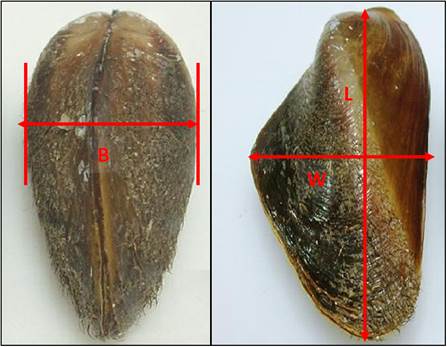 In the present study, the population structure of M. auriculatus was determined by size frequency distribution. (Fig. 3) showed the size frequency distribution (pooled data) of M. auriculatus. The major shell size of measured individuals ranged from 3.0 cm to 6.0 cmshell length with a maximum abundant size groupof an average shell lengths 4.5 cm. This shell size groups were representing about 51% of the total studied population. Small individuals were found from 1.5 cm to 2.5 cm in average shell lengths, which represent about 5% of the total collected population as in (Fig. 3). 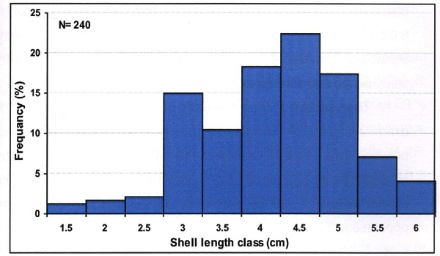 (Fig. 4) describes the seasonal distribution of size frequency for both males and females, both sexes were distributed with higher percentages with an average shell length of a range from 4.0 cm to 5.5 cm during summer, autumn and spring seasons.

Young individuals were observed during autumn months with average shell lengths, 1.5 cm and 2.5 cm, which may indicate the entrance of small population during this period. Sex ratio as in (Table 1) shows that M. auriculatus is dioecious species with a ratio of males to females being 1.2:1 which 55% of the populations were males and 45% females. Also, the proportions of sexes of all size groups did not differ significantly from 1:1. The seasonal expressing of the meat yield data were illustrated in (Fig. 5) which shows the maximum values for both sexes during spring and summer seasons with an average values of 34.8 ± 3.62 and 35.2 ± 1.64 for males and females respectively and then these values decreased during autumn and winter seasons in the same pattern in both sexes. 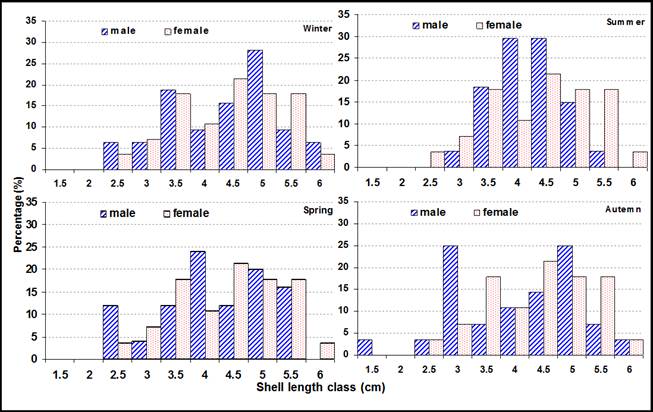 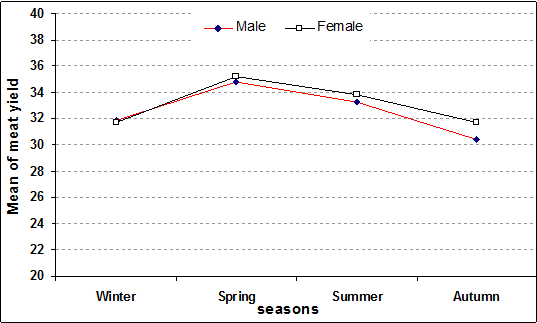 Table 1. Summarize the difference between male and female of M. auriculatus during the study.

The results of spawning season of the studied mussels showed that spawning starts in March, April and May but some spawning individuals continued until June and July [2]. This may describe the occurrence of the smallest individuals (1.5 & 2.5 cm shell length) in the population during autumn, which indicate a prolonged settlement period in these mussels. This prolonged settlement comes in agreement with the case of M. barbatus in Mali Ston Bay as mentioned by Peharda et al. [9].

On the other hand, the disappearance of small size shells in the present study during the other seasons maybe due to predation or the decrease of individual growth in this period, Holtet al. [10] proved that predators play an important role in the population structure ofhorse mussel beds and limit the survival of juveniles to adulthood. The results also indicate that M. auriculatus is a dioecious species with the ratio of males to females as 1.2:1. Moreover, the sex ratio in all size class did not differ significantly from 1:1. Seed [11] explained the deviation from an equal sex ratio may be related to age or size which can result from sex-specific differences from equal sex-ratio as observed in the present results.

The present results exhibited a clear pattern in the value of the meat yield followed a pattern similar to that of the reproduction. The values ranged from 27.92 during January and 38.9 in May for males and from 28.65 to 40.56 forfemales. These variations may be related to gonad conditions than to somatic growth and resulted from the complex interactions of a variety of factors including food, temperature, salinity and metabolic activities of the mussels as reported by Hickman and Illingworth [12]. On the other hand, the metabolic processes of some individuals showed different weights which may be related to their physiological conditions of mussels and environmental factors [13-14].

The size frequency of M. auriculatus population ranged from 1.36 cm to 6.02 cm shell length. The most abundant size groups were animal with shell lengths 4.0, 5.0 and 6.0 cm. These groups comprised about 51% of the total population studied and were found in winter and spring seasons. Young of these groups were observed in Autumn comprised about 5%. Sex ratio of males to females was 1.2:1. The values of meat yield were observed to relate to gonad conditions i.e. the maximum values in spring and summer for both sexes.