Abstract: Gas Turbine engine is the most advanced large equipment in the world; the automatic control is a very important matter. The closed-loop is the core of automatic control, and it is also the most complex. Jing Neng Gaoantun gas power plant installed Siemens’ SGT5-4000F gas turbine. As a typical model of Class F gas turbine, closed-loop followed many classical designs of Siemens. As a technical stuff in this industry, we have to know the strategy and principle of the Closed-loop Control System, thus we can analyze and diagnosis operation better.

A gas turbine, also called a combustion turbine, is a type of internal combustion engine. It has an upstream rotating compressor coupled to a downstream turbine, and a combustion chamber in between [1]. Industrial gas turbines differ from aeronautical designs in that the frames, bearings, and blading are of heavier construction. They are also much more closely integrated with the devices they power— often an electric generator—and the secondary-energy equipment that is used to recover residual energy (largely heat) [2-4]. Gas turbine, friendly for the environment, is widely applied in power generation area [5]. Control system plays a key role during running gas turbine, considering the safety and efficiency [6-8]. This paper introduces on a closed-loop control system for Gas Turbine.

Gas turbine Drag by SFC device, purging speed, ignition, up to the rated speed, connect to grid, and brought them to the target load and the load fluctuation rate increase or decrease in fixed load, control exhaust temperature to reduce combustion heat channel parts and accessories of the thermal stress, this a series of process are completed in FM458 automatically. The closed-loop control system has the following four basic functions: (1) Control pilot gas to ensure the stability combustion and NOx emissions; (2) Control of gas turbine rotor accelerate process; (3) Control of the gas turbine speed and load; and (4) Control the turbine inlet temperature of gas turbine [9]. 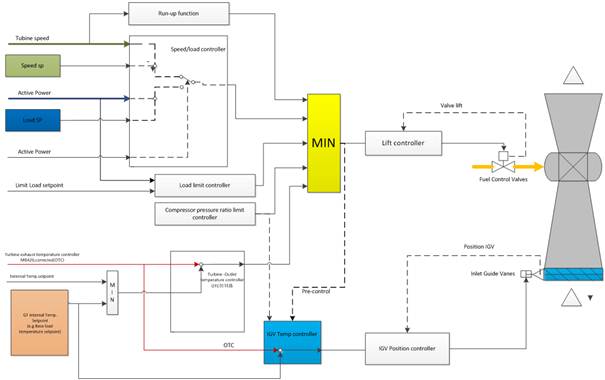 Siemens gas turbine closed-loop control module followed Siemens’ typical design concept - the minimum selection control function. Under various operating conditions, the amount of fuel control are controlled by RAK0F minimum selector, RAK0F is a macro command module in Siemens T3000 control system, wherein the minimum value of several input will be selected as the output value (this macro command module dedicated to amount of fuel in the combustion control setting, which also has the functions like simulation) [9].

Every time there is only one control function to control gas turbine fuel flow at present. As shown in figure 1 that these controllers will be input of Minimum selector (MIN), its output will be the input fuel control system, the minimum value can provide the safest mode to operation [10]. 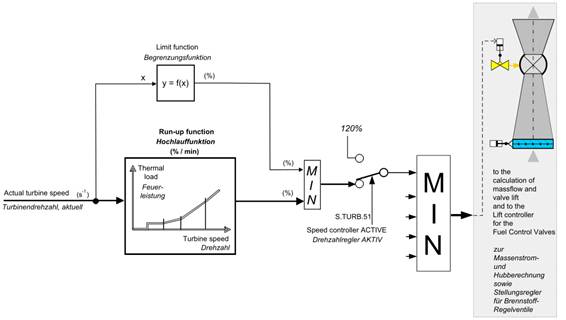 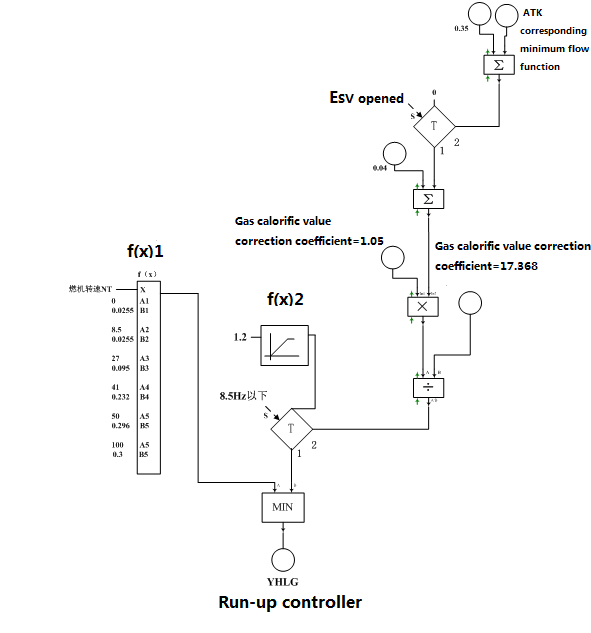 Curve 1: function of actual speed and fuel gas flow, the purpose of this curve is ensure the fuel gas flow keep in a reasonable range at different speed range during speed up process, it can avoid excess fuel gas flow. This curve is a safety value curve, this curve will not be used in normal situation.

Curve 2: the curve for speed and fuel gas flow, the control of fuel gas flow during speed up, premixed valve, pilot valve subject to this curve. This curve is divided to four stage according to this curve, in every stage, run-up controller use different accelerate rate. For example, a SGT5-4000F, as figure 4. 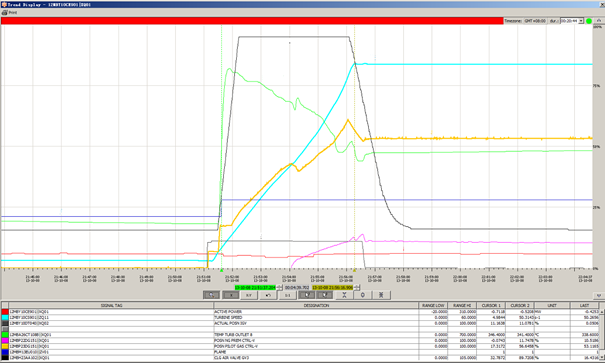 Figure 4. The starting up process curve. 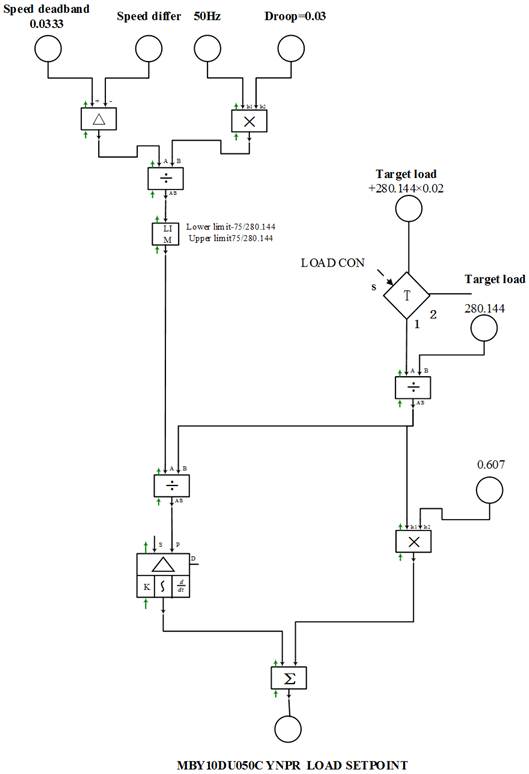 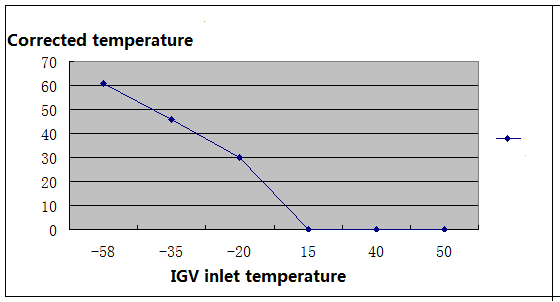 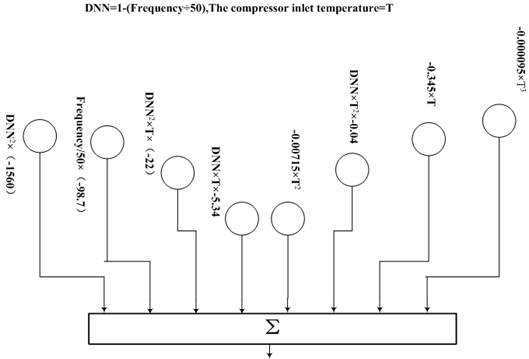 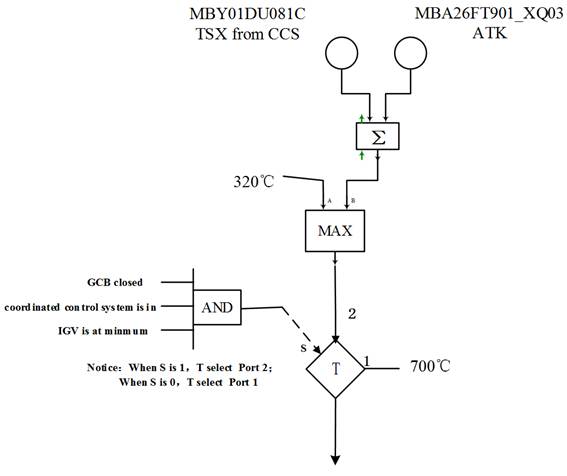 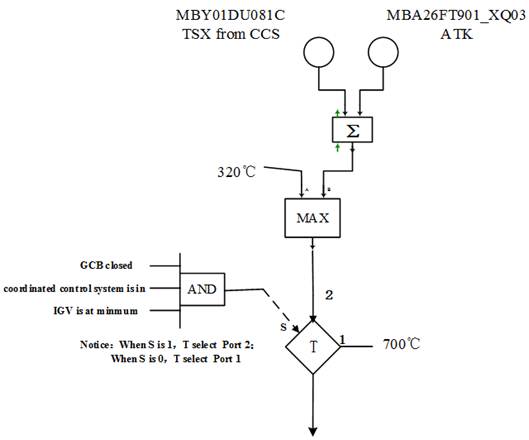 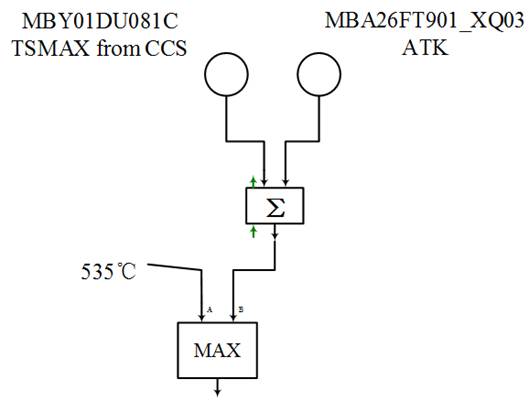 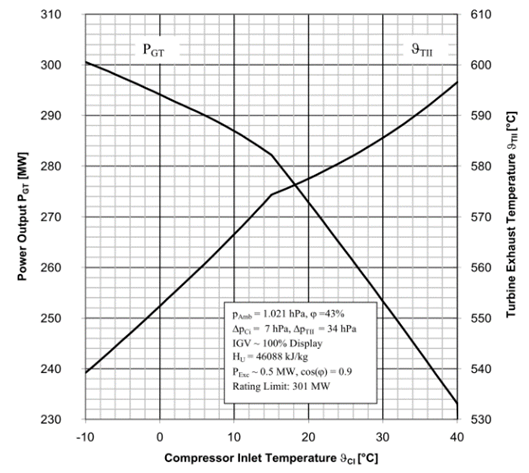 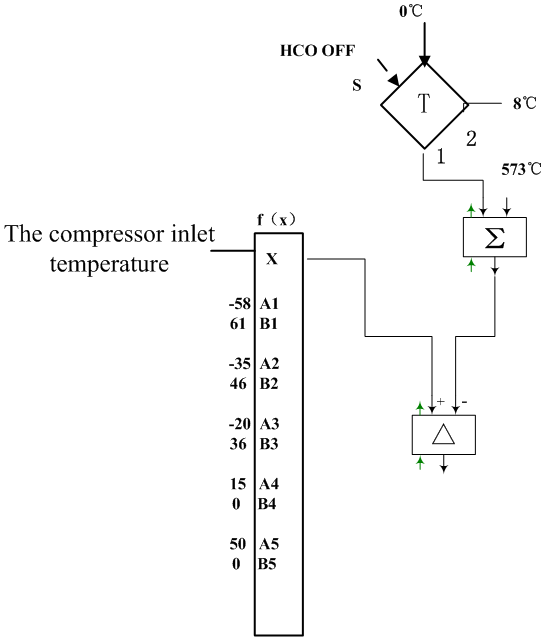 (3) Many important parameters of Siemens gas turbine are obtained by the scene in the process of the combustion adjustment test. Due to the different gas turbine fuel quality and installation of commissioning situation, so a lot of important parameter is got in the process of on-site adjustment test, and set to the control system, such as curve of gas flow and OTC temperature set point. So after unit operation, the change of the parameters should be pay more attention, many parameters need along with the change of unit operation appropriate to improve and modify.