The Relationship of Inflation and Stock Return: An Empirical Study of the Hedging or Wealth Effects in Bangladesh

The stock market return is a major economic indicator to the policy makers of all developed and developing countries. In Bangladesh, stock market returns become quite volatile with the change of political wave. Also, people living in the city areas that are familiar with the stock market, but the marginal village people are out of access due to lack of market infrastructure and acquaintance. For the remainder of this paper, we will review the results and findings of some empirical and theoretical research and discuss the model of the paper. In the remaining sections, we cover methodology, the economic significance of the results and provide some recommendations from my conclusions.

Both in the context of developed and developing countries, there have been extensive theoretical and empirical studies conducted on the relationship between stock market return and inflation. Inflation and financial sector correlation: The case of Bangladesh, by Abu N M Wahid, Muhammad Shahbaz and Pervez Azim (2011), show that inflation tends to induce volatility of the stock returns and so does the returns of savings. Inflation and economic growth in Bangladesh: 1981 to 2005, a working paper conducted by Shamim Ahmed and Golam Mortaza (2005) show that there is a long-run and short-run negative relationship between inflation and economic growth. Owusu Frimpong (2001) find that the stock market return is negatively correlated with inflation. In the study, he conducted a survey and found that people are unwilling to trade in a high-inflation market because they will get less return. Finally, a paper by Nwokoma (2005) find that there is a positive relationship between stock market return and inflation in Nigeria, but that the relationship is inconclusive in the case of Kenya and South Africa4.

Here, DGENt is DSE General Index (proxy of the stock market returns) and INFt is the rate of inflation 6.

= 0; Inflation does notGranger cause stock return.

= 0; Stock return does not Granger cause inflation.

We now define the variables and provide the data sources. The DSE General Index (DGEN) has been used as the measure of the stock market return. Rate of inflation is computed from the monthly CPI data [6]. Data sources include "Monthly Economic Trends’ published by Bangladesh Bank, Dhaka Stock Exchange website (dsebd. org) and website of Trading Economics. Data are monthly of 144 observation months from January 2001 to December 2012. We omit the data after the period of December 2012 to avoid miss-measurement as the market index calculation has been changed from January 28, 2013.

Dhaka Stock Exchange (DSE) was established in 1954 as the first stock exchange in the country, and began operating in 1956. In August 2014, there were 307 listed companies in DSE and the market capitalization of Taka was 3030.3 billion. The market performance has been measured by DGEN index (changed the parameters as DSEX from January 2013) and the DSE20 index (changed as DSE30 from January 2013).

Summary statistics of the two variables

As the data are time series data, the first step involves checking to see if the data is stationary. We have plotted the DGEN variables against time and to see whether there is any trend in the graph. In appendix section 1, the time series data of the DSE general index has been shown graphically. We use the Augmented Dickey Fuller (ADF) test, developed by Dickey and Fuller (1979, 1981), to see whether there is any trend in the variables. We found there is trend in stock market returns. To de-trended the stock market return we use three methods described below and ADF test has done with the three methods and found the trend has been removed successfully.

The last section of my analysis is to test the causality between stock market return and inflation in Bangladesh. If we reject (accept) the null hypothesis in equation (1), this suggests that stock return does (does not) cause inflation. Alternatively, rejecting (accepting) the null hypothesis in equation (2) suggests that Inflation does (does not) cause stock return.

: Variables have unit root or are not stationary.

From the result, the t statistic of DGENt is -1.942, but the critical value for the 5% level is -3.44.This means that we cannot reject the null hypothesis. It means that the variable DGEN is non- stationary. But in the case of the inflation variable, the t- statistics is -7.535 and the critical value is -3.44 at 5% significance level. We can reject the null hypothesis (results are shown in appendix section 1). So, from the test we can say that the stock market index is not stationary. To make the data stationary we will use three methods:

2.   Residuals: I will run a regression on ln(DGEN) and save the residuals.

First, we take the first differences of ln(DGENt) and test for stationary data using ADF method. The result of the ADF has shown that we can reject the null hypothesis as the test value is-11.76 and the critical value for 5% confidence interval is -3.44, so the variable has been de-trended successfully. We can use the de-trended variable in my further analysis. Secondly, the predicted residual of the second model graphically shows in appendix section 1 that the data has been also de-trended successfully. Therefore we will use this de-trended data to run the regression. Finally, the HP filter method is used for smoothed-curve representation of time series data. The adjustment of the sensitivity of the trend to short term fluctuations is achieved by modifying a multiplier λ. A Graph of the filtered data shows that (appendix section 1) it has been de-trended successfully.

To determine the lag length we have used FPE, AIC, HQIC and SBIC parameters. All the parameters are the lowest in one lag, so we can use one lag for the Vector Auto-regressive Model and Granger causality analysis. The results of the lag selection have been shown in appendix section-2.

: There is no auto correlation.

The result of Durbin Watson test (h test), to test autocorrelation has shown that the number of the test is 1.37 for lag 1 and the p-value is 0.24. Therefore, we failed to reject the null hypothesis. Another test for auto correlation named Breusch-Godfrey Test using 8 lags gives the result of 8.87 with p-value 0.3532. So in this case we also failed to reject the null hypothesis. But in the case of lag 12, the test statistics is statistically significant. To measure the seasonality effect we have tested up to 12 lags.

In the other regression, the variables of inflation and HP-filtered DGEN, the Durbin Watson test (h-test) shows that there is no serial correlation in the 1 lag between the residuals. The test statistics is .65 for lag 1 and the p-value is 0.42, so we failed to reject the null hypothesis. The result of Breusch-Godfrey Test with 8 lags gave the result of 10.882 with p-value 0.20. We also failed to reject the null hypothesis. But in the case of lag 12, the test statistics is statistically significant. This means that there is some seasonality effect in the variables. The AIC and SIC lag selection criterion gave one lag to test the Breush-Godfrey test. Therefore, we found that there is no autocorrelation between the residuals. The results of the autocorrelationtest have been shown in appendix section-6.

: There is no misspecification.

The result of Ramsey’s RESET test, to test whether the model is correctly specified has shown that the number of the test statistics is .93 and the p-value is 0.43. Therefore, we failed to reject the null hypothesis. The results of the model specification test have been shown in appendix section-7.

, the inflation (lag 1) is .11 and the p-value is .88, which means that it is statistically insignificant. We cannot reject the null hypothesis that inflation does not cause stock market returns. Most interestingly, the test statistics of

The results of the vector autoregressive model are below:

From the Granger causality effect we can see that the stock market return causes the inflation in Bangladesh in the growth rate model. But other two models do not show this causation. Table-2 shows the coefficients, t-values and adjusted R2 of the models. From the Granger causality result, we found that the stock market causes inflation, we are interested in the coefficients of the first dependent variable (inflation). If inflation in the t-1 month increases by 1% then the inflation in the month of t will increase by 0.36, other thing remaining constant. If the growth rate of DGEN (stock market return) in the t-1 month increases by 1% then the inflation will increase by 0.02% in the month of t, other thing remaining constant. The adjusted R2 is very insignificant. At 15.00%, the co-relation is very low between these variables and, that means the variables in lag 1(t-1 month) is not highly correlated to the variable of inflation in the month of t.

On the other hand, for the regression of inflation and the linearly de-trended model ( residuals method), we find that if the inflation of the month t-1 increase by 1% then the inflation in the month of t will increase by 0.35, other thing remaining constant. This is very similar to the previous regression result. If the residuals of stock return growth rate (residuals of regression of lnDGEN against time) in the t-1 month increases by 1% then the inflation will increase by 0.002% in the month of t, other thing remaining constant. The adjusted R2 dramatically rises to 87%. But here the granger causality result shows that neither of the variables causes each other.

In the other regression model of inflation and HP-filtered DGEN variable, we find that if the inflation of the month t-1 increase by 1% then the inflation in the month of t will increase by 0.35,other thing remaining constant. This result is similar to the previous findings. The lag filtered stock return has almost no impact on the current stock return.

Economic significance of the coefficients 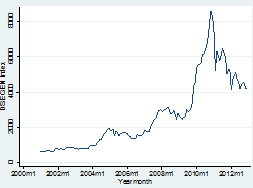 Fig. A.1. The trend line of the DSE General Index.

Table 1.A.1. The result of Augmented Dickey Fuller Test of DGEN. 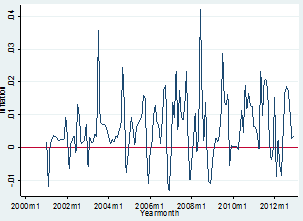 Figure 1.B.1. Trend line of inflation.

Table 1.B.1. The result of Augmented Dickey Fuller Test of inflation. 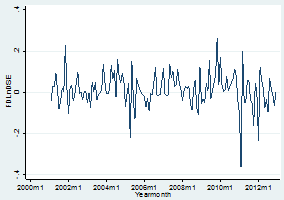 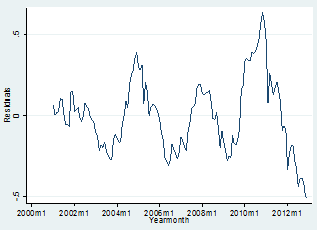 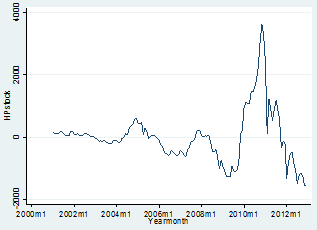 Table 3.A.1. Regression of inflation and first difference of lnDGEN.

Table 3.B.1. Regression of inflation and first difference of Residuals.

Table 4.A.1. Regression of LnDGEN against time.

Table 4.B.1. Regression result of Inflation and First Difference of lnDGEN.

Null hypothesis: the model has no omitted variables:

2Equity investment as a hedge against inflation: part 1 by Warner Kramer.