Abstract: Gene sequence alignment, used to recognize the homology and variability in different species, is an important part of Bioinformatics. Creating indexes is a crucial step of gene sequence alignment algorithm. Usual algorithms of creating indexes are divided into two types. The first is algorithm based on hash table, while another is based on suffix tree or suffix array, among which BWT (Burrows-Wheeler Transform) index is a significant index structure. Currently, BWT index needs several hours’ serial computing in building a large genome sequence (such as human genome sequence). A parallel computing method based on Hadoop is presented is this paper to build suffix array and BWT index.Map Reduce is adopted as a type of data processing function, cutting suffix array into block, which will be handled separately. Ultimately, totally ordered suffix array and BWT index are output, reducing the time in building index. Meanwhile, verifying the effectiveness of the algorithm by experiments.

As the changing of an organism's genome length, from an simple bacterial organism's millions of nucleotides to the largest known three billion nucleotides in the genome, the search and analysis methods of genome is gradually improved. They rely on the index structure, and is able to match and query quickly, at the same time canning each nucleotide individuals with no loss of sensitivity. And except for a few short sequences, a lot of sequence alignment algorithms require preprocessing, calculating the index structure of the sequences that need to be compared in advance. So the method researched in this paper is of great help to the index structure of the sequence alignment algorithm.

BWT index needs a few hours’ computing at stand-alone calculation. If there is not enough memory to save the entire suffix array, it will be more complicated. Current parallel technology of suffix array structure includes DC3 algorithm based on MPI, which mainly divides suffixes into two parts, and then sorts the first part of the suffix. According to the result of the first part, sort the second part, and then combine the two parts to get the final result. This paper put forward a parallel algorithm based on Map Reduce computing framework to build gene sequences’ suffix array and BWT index, using Hadoop open source platform, named the BWH algorithm. The algorithm use Map Reduce computing framework’ data processing function, cutting the suffix array into multiple data blocks, and calculate them independently. In order to avoid the load balancing of node, BWH algorithm allocates tasks averagely, according to the total number of Map tasks and Reduce tasks, letting each node process core issues relatively evenly. By comparing BWH algorithm and suffix sorting algorithm--the basic algorithm based on BWT, BWH algorithm reduced the amount of time to establish BWT index obviously, and improve the efficiency of the operation

In this paper, the basic structure is as follows: The first section mainly describes the background information and the significance of research; The second section is the overview of basic knowledge of theory and related technology about BWT index; The third section introduces the implementation process of BWH algorithms pecifically; The fourth section describes the simulation of experimental results and analysis; The fifth section, as a conclusion, summarize the work done by now and the places that can be further improve.

2.1. The Basic Principle of BWT Index and Suffix Sorting Algorithm

Building process of BWT index is as follows:

The first step, each base (A, T, C, G) in the sequence move back one place in turn. Every move of base can produce a new string. Assume that sequence S is ATTCGA, whose length is 6. The sequence will move 5 times, at the same time produce five new sequences, composing BWT matrix T, as is shown in figure 1.

The second step, for the matrix T, sort each line in alphabetical order to obtain a new BWT matrix T’. The number of rows in the original matrix (matrix T) that the ith line of matrix T’ corresponds to is the array S[i]. The bases in the last row of the matrix T' after the rotation is the array B [i]. The sequence can be restored according to the two arrays.

It's worth noting that the first character of BWT is always the last word before $ character [10]. In addition, the ith line in the BWT string is the prior character of the ith suffix in the suffix array. The suffix array field records the starting position of each suffix of the original string. 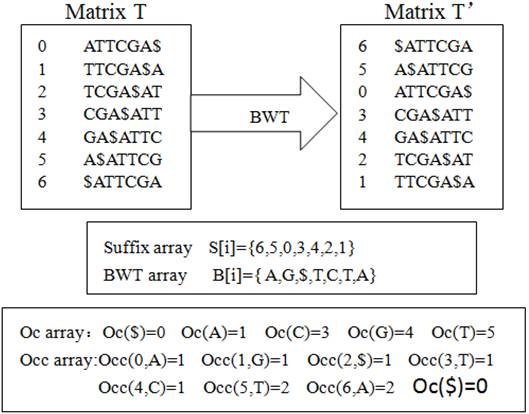 Figure 1. Schematic siagram of suffix index based on BWT.

The founder of Hadoop is doug Cutting, the originator of Apache Lucene [13, 14]. Hadoop platform, an open-source software framework, is developed by the Apache software foundation, and is able to process mass data by distributed processing [15]. This article mainly use Map Reduce computing framework of Hadoop platform when indexing (shown in figure 2). 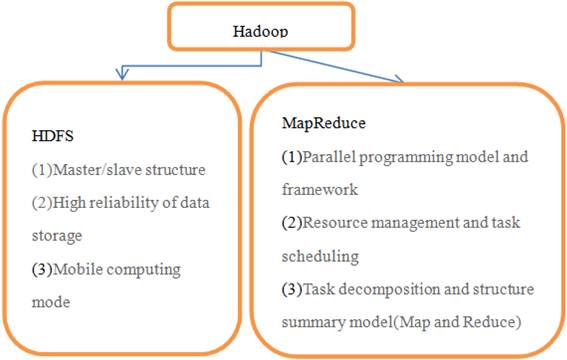 The Map Reduce is mainly divided into two parts, the Map and Reduce. First, cut the input data into several separate data slots according to the size of data block and the size of data. These pieces of data will be divided into different Map. After the processing in Map stage, generate intermediate data like <key, value>. Transmit data to Reduce function after shuffling and sorting process. The Reduce function receives the input in the form of<key, (the list of value)>, then deals with the value collection and generate the final result [17]. The data flow diagram of Map Reduce is shown in figure 3.

3. Bwt the Index Method of Establishing Based on the Ratio of Gene Sequences Hadoop Platform

This paper presents an algorithm for constructing BWT index which was called BWH. Using Map Reduce to get the method of suffix array and BWT string is to use the Map Reduce to divide the tasks into different groups. Then the data distributed in each group will be calculated in different Reduce. Through the shuffle stage the algorithm can get new keys for sorting and summarizing. In this paper, according to certain rules, the original gene sequence is devided into several short sequences. At each node, the short sequence is calculated and sorted.

The realization of the algorithm is as follows:

Definition 1: given a set

In this paper, the segmentation rules are defined as follows: 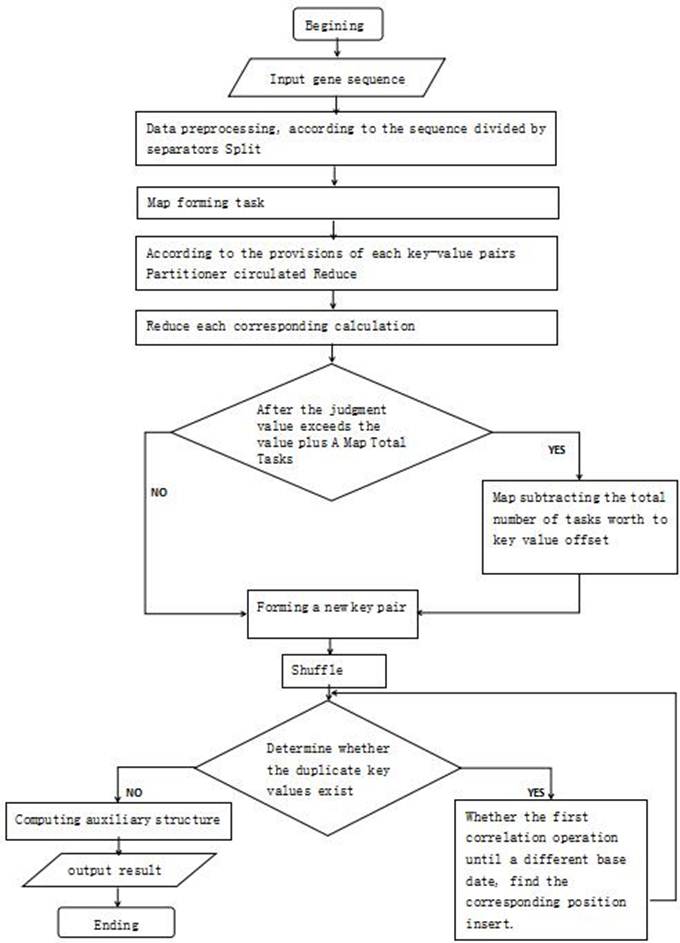 Algorithm is described as follows:

Input: we need to set up an index of gene sequences. BWH algorithm prepare a document for each key of reference string. That is, 1, 2,……N, N is the length of the sort sequence.

Output the suffix array and BWT index to construct the index of the gene sequence.

The first step, segment data: According to the definition 2, form the independent Map task. The forming process of key is shown in figure 5.

The third step, calculate: According to the calculation process of definition 1, we can get new key-value pairs.

The nine step, output result: Output the suffix arrays of the gene sequences which need to build index and BWT index.

Pseudo-code of the algorithm is as follows: 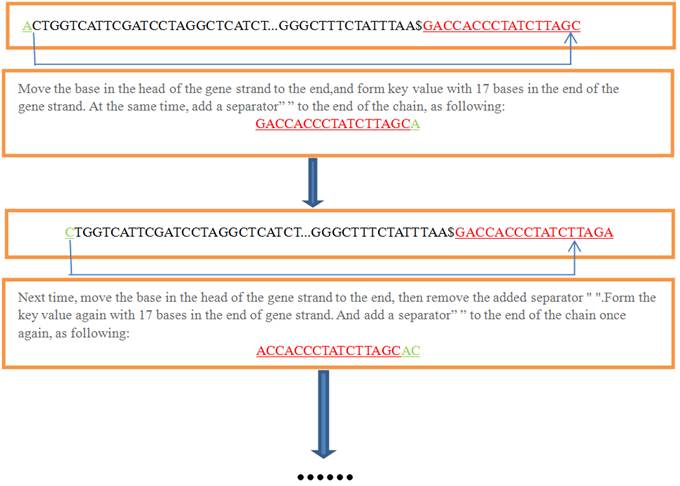 Table 2. The hardware and software basic configuration of each node of virtual machine.

In the rotation of BWH algorithm, this article takes the last eighteen bits after each rotation (if not enough, take all out). According to the calculation method, get first eighteen bases and sort them. There are 418 possibilities as far as the first 18 bits are concerned, so the probability of repetition is very small.

Figure 6. The time of BWT index establishment of three sequences under three environments.

Figure 6 shows the running time in three different conditions when constructing BWT index. In the figure, when the sequence length is relatively short, with the increase of the nodes, the time is reducing not obviously. For the larger sequence, algorithm has obvious improvement after using 15 nodes. So using multiple nodes is suitable for larger genomes.

Figure 7. The time comparison between suffix sorting algorithm and BWH in building index.

We build the parallel suffix array and BWT index in the Hadoop 0.20.0. Compared with suffix sorting algorithm, our algorithm has obvious improvement, showing the algorithm is effective. And with the development of cloud computing, Hadoop is more and more applicable. There will be more and more genetic sequence alignment software implemented on Hadoop platform.

Through the above description, calculating BWT index based on Map Reduce, can get the result fast. Although parallel computing BWT index using the Hadoop is the latest currently, we just initially realized BWT index establishment. And there are a lot of unknown regions and a large number of repetitive characters in the genome [20], that need to be optimized. And this method also has disadvantages. With the increase of nodes, more and more communication time will be wasted when facing large number of data.

This work is supported by the Natural Science Foundation of China No.( 61462070), the "ChunHui Plan" project of Educational Department No. (Z2009-1-01062), the research of evaluation technology of security and reliability of cloud computing and the built of testing platform that is a technology plan project of Inner Mongolia No. (20130364).