Analysis of a Dual-Mode Scramjet Engine Isolator Operating From Mach 3.5 to Mach 6

Abstract: Isolator is an important component of the hypersonic dual-mode scramjet engine, which plays a critical role on the stability of the engine. Flow structure inside an isolator is quite complicated due to separation zones and shock train. The main function of an isolator is to prevent the separated flow from deviating outside the engine, causing it to stop working. This paper will present a mathematical model of the flow through an isolator, then carry out theoretical flow calculation and CFD simulation in order to determine the length and the operational mode of the isolator of a dual-mode scramjet engine operating from Mach 3.5 to Mach 6. The theoretical and CFD results will also be compared to verify the mathematical model.

Ramjet engine and scramjet engine respectively are supersonic and hypersonic engines which use shock waves to compress incoming air flow instead of compressor. The core difference between the two is the speed of the flow entering the combustor. Aircrafts with ramjet or scramjet engine cannot take off on their own and need to be propelled to an initial speed in order for the engine to work. To design an aircraft that is capable of hypersonic speed and can take off on its own, a hybrid, multi-stage engine is used. The first stage implements the conventional turbojet engine, which can take the aircraft up to Mach 3.5 [1]. From Mach 3.5 to Mach 5, ramjet cycle is used and for flying speed from Mach 5 and up, scramjet cycle is used. To simplify the structure of the hybrid engine, a configuration that can operate in both ramjet mode and scramjet mode – the dual-mode scramjet engine is needed. The idea of dual-mode scramjet was introduced by Curran and Stull by 1963 [2,3]. This is an engine that combined the two modes in one structure whose shape is the same as a pure scramjet engine. One of the concept aircraft implementing dual-mode scramjet engine is Lockheed Martin SR-72, also known as the Son of Blackbird, which has a design speed of Mach 6 and is envisaged entering service by 2030 [4].

The combustion process generates high pressure in front of the combustor, i.e. behind the isolator. This high level of pressure creates an adverse pressure gradient. This in turn causes the flow to separate and a system of shock waves to form. This system of shock waves is called the shock train. To prevent the shock train and the separated region from deviating outside of the engine through the inlet, where air is supposed to be coming into the engine, causing the engine to unstart (the state where the engine is not operational due to lack of incoming air flow rate), a component between the inlet and the combustor is needed. Such component is called the isolator.

Figure. 1. Station designations of the components of a dual-mode scramjet engine.

When the limit mentioned above is satisfied, the isolator can operate in either one of the three following modes [2,3,5]:

• Shock free mode: This is the mode where flow properties are unchanged all the way through the isolator and there is no shock train in it. The isolator in this case can be omitted.

Therefore, there are two major problems: determining the suitable length of the isolator and the mode it operates in.

For the preliminary study of flow through the isolator, the following assumptions are made:

• Heat transfer between the flow and the isolator wall is neglected. The flow through the isolator is assumed to be adiabatic.

• Air is assumed to be perfect gas with constant gas index and specific heat capacity at constant pressure.

• Skin friction coefficient is assumed to be constant.

After many experiments with different Mach number, Reynolds number and isolator geometries, Ortwerth [6] determined that the distribution of pressure along the isolator can be dictated by the following formula:

• D is the hydraulic diameter (m).

• q is the dynamic pressure of the flow at the position x (Pa).

The Reynolds number is calculated from flow properties at position 2.

into equation (1), the following equation is obtained:

• Where L is the shock train length (m).

As the flow is separated, the area of the core flow Ac(X) is not always equal to that of the duct. Therefore, besides M(X), there is a second unknown Ac(X). A system of two differential equations is needed to find flow properties through the isolator.

Figure. 3. Core flow through the isolator.

Based on the three conservation equations of mass, momentum and energy, Michael K. Smart [8] has developed the two differential equations as follows:

To apply these two equations, we take out the components with

to conform with the adiabatic flow assumption.

Where Ar is the ratio:

The above system of two differential equations gives the root M(X), which shows the change of flow Mach number according to the normalized position variable X. P(X) can be calculated from M(X) as follows [2,3]:

Table 1. Flow properties after the inlet.

The isolator has a very simple 2D geometry, which is a rectangle whose length is 0.15m and height is 0.025m, corresponding to the throat height of the inlet [9].

As the model is axis symmetrical, it is cut in half along the axis to minimize the size of the computational fluid domain. Structures mesh is then generated. The element size is smaller from the axis of the isolator to the wall to better capture boundary phenomena. As the mesh is generated in a rectangle geometry, the skewness and orthogonal quality is perfect. Max aspect ratio is quite large (41.152) but still within the limit for a robust solution in Fluent [10].

The mesh and the boundary conditions are as follows:

The values for the boundary conditions are from Tables 1-2.

Two turbulence models are used for a solution steering method. In the first step of the solution, K-Epsilon Realizable is used to determine the y+ of the elements adjacent to the isolator wall. Then, the adapt tool in Fluent is used to chop these elements by the cutcell method so that the y+ is reduced below 1. In the second step, standard K-Omega is used to fully capture the boundary layer phenomenon.

Pressure contours are shown in Figs. 5-8:

The graphs below show the change in wall pressure of the isolator according to the CFD simulation. The x-coordinate, ranging from 0 to 0.15m, represents the length of the isolator, with position 0 corresponding to its front end. The position where pressure starts to increase is also the starting point of the shock train. From the x-coordinate of that point, we can calculate the length of the shock train. 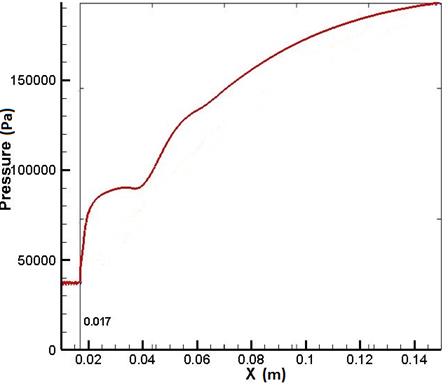 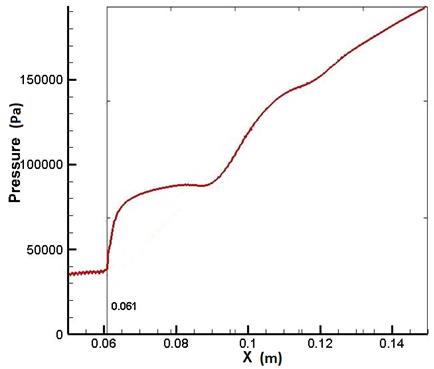 Figure 18. Wall pressure of the isolator at M=4. 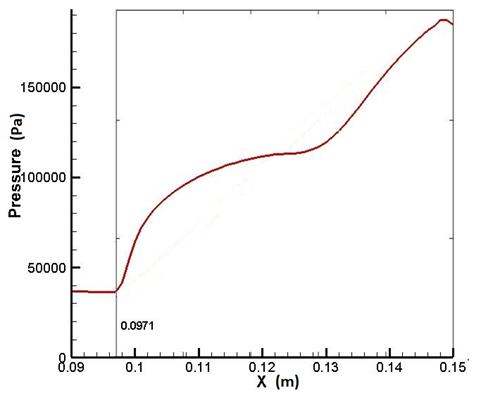 Figure 19. Wall pressure of the isolator at M=5. 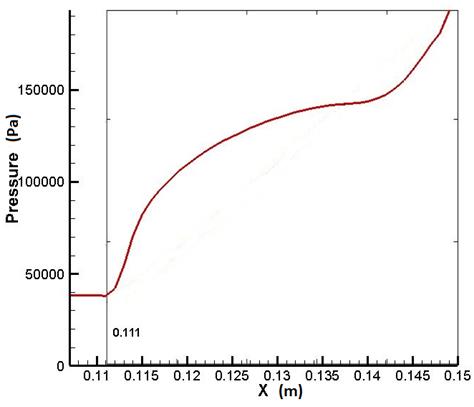 Figure 20. Wall pressure of the isolator at M=6.

The shock train length at different free stream Mach numbers according to the theoretical calculation and the CFD simulation along with the errors are as follows:

The main cause of these errors is the assumption that skin friction coefficient is constant throughout the isolator. In fact, it changes depending on the flow properties at each given point.

The error increases at higher free stream Mach number. This is because at Mach 5 and Mach 6, the shock train is short and consists of some of the first shocks. Thus, it is placed in the position near the point where the flow starts to separate. This position has complex shock-boundary layer interaction (this can be seen through the fluctuation of wall pressure: it fluctuates at the beginning of the shock train and becomes stable towards the end), leading to higher value of error.

The CFD contours show initial oblique shocks and normal shocks within the shock train. This can be clearly seen when comparing the shock structure in the Mach number contour at Mach 3.5 with Fig. 2 (b). 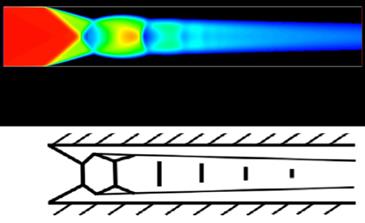 This complex shock structure is originally caused by strong adverse pressure gradient that the flow in the isolator experiences. This makes the region of the flow near the isolator wall separate. The separation region acts as two wedges where two oblique shocks form as the supersonic flow passes through. These two shocks are followed by a train of normal shocks in the core flow. The separated region and the core flow are split by a middle region called the mixing region.

Figure 22. Flow structure in an isolator.

The pressure and Mach number contours from the CFD simulation show normal shock interfaces at Mach 3.5, meaning that the isolator operates at normal shock train mode. Then, the shock train becomes shorter as the free stream Mach number increases until there are only two oblique shocks in the isolator at Mach 6. This is similar to the theoretical result: the length of the shock train is gradually shorter from Mach 3.5 to Mach 6. The shock train length, which is the key parameter for determining the isolator length, have the error values within an acceptable limit. Therefore, the presented mathematical model is suitable for preliminary estimation of isolator length.