Institute of Nutrition and FoodScience, University of Dhaka, Dhaka, Bangladesh

Malnutritionis a major health problem; especially in developing countries and it is thegravest single threat to global public health. Malnutrition is by far the majorcontributor of child mortality across the globe. A non experimental,descriptive action research with a multi-methodological approach study was carriedout to assess nutritional status, socio-demographic condition and associatedfactors of the selected street children of Dhaka City. This study was conductedamong 120 street children at Shabagh area in Dhaka city. All of the respondentswere boys, and aged between 6-18 years. Methods included on site observation,completion of a standard demographic questionnaire, a validated quantitativefood frequency questionnaire and anthropometric measurements. The nutritionalstatus indicated that, 61.7% of the children were underweight and 38.3% of thechildren were healthy. According to this study about 31.7% were involved withdifferent types of work and also 68.7% were not involved with any kind of work.Majority (87.5%) of the street children ate three times a day followed byanother 12.5% having two meals a day.Withrespect to sources of drinking water,

The term‘street child’ describesany girl or boy for whom the street (in the broadest sense of the word,including unoccupied dwellings, wasteland etc) has become his or her habitualabode and or source of livelihood, and who is inadequately protected,supervised or directed by responsible adults

Governmentstatistics, based on a survey by the Bangladesh Institute of DevelopmentStudies, estimate the number of street children in Bangladesh to be around380,000 — of whom 55% are in Dhaka city. A little less than half of them(49.2%) are of the age group < 10 years, while the remaining falls in theage group of 11-19 years. Their gender composition is as follows: boys 74.3%,while girls account for 25.7%.

It foundthat the street children mostly came to Dhaka from Jamalpur, Sherpur,Mymensingh and Rajshahi districts [9]. They generally sleep at footpaths,railway stations, bus stations and in other public places at night and

Nutrition,which they should have gotten as the priority to support development andgrowth, is often not present. Eating for fullness is merely their own majorneed.

So farthere has been no accurate data about the nutritional status of streetchildren. Irregular eating habits and food quality below the standard ofnutritional requirement have made street children susceptible to healthproblems. Nutritional deficiency is one of the factorsthat increases the risk of developing infectious diseases

About 73percent of street children in Dhaka city suffer from chronic malnutrition whilemortality and morbidity status among the street dwellers has reached analarming level due to lack of basic healthcare services [14].

Thisstudy will explore the situation of the street children and their requirements,which will be helpful for developing relevant programmers on their issue. Academicunderstanding of street children is fragmented and research is not systematic.Thus, there is a need to conduct more studies to generate new knowledge onstreet children, therebyenriching the information used by policymakers

Studypopulation: Street children are the most vulnerablechildren in any context and therefore selected population for this study. Theage group of the street children is between 6 to 18 years and o

Sample sizeand Study design: It was a cross sectional study. Atotal of 120 subjects were selected based on theselection criteria and on their availability.

Questionnaireswere checked each day after interviewing and again these were carefully checkedafter completion of all data collection and coded before entering into thecomputer. The data was edited if there was any discrepancy (doubt entry, wrongentry etc).

All ofthe statistical analysis and all other data processing were done by using SPSS16.0 windows program. For tabular, charts and graphical representationMicrosoft Word and Microsoft Excel were used. 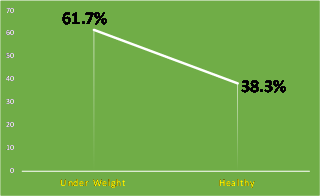 Table 4.Crosstab between Respondent Nutritional Status andAge of the Respondent. 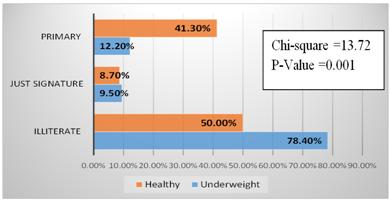 Streetchildren are equally deprived of their rights to survival, health, nutrition,education and safe drinking water. The study hascovered important areas and indicators relevant for street children health andnutritional care as well as dietary habits for improving conditions of theirnutritional status. A total of 120 street children

Thestudy determined that the street children in Shahbag were experiencing healthproblems. They lacked access to safe drinking water, adequate and nutritiousfood and shelter. Most of them recorded a BMI of <18 (61.7%) indicating thatthey were underweight and were experiencing poor nutritional status. Nutritionalstatus reflects how far some-one’s physiological needs for nutrients have beenfulfilled. When the nutrients are consumed in adequate quantities to meet theneeds of the body and metabolism, it is said the nutritional status is said tobe optimal. This situation will support good growth and development, healthcare, and physical activity, and help prevent disease. On the contrary, when nutrientsare consumed in excessive or less amount, the body will adapt to achieve homeostaticstate that maintains physiological functions. When excess or deficiencyconditions exist for a long time

Street childrenare not a homogeneous group and studies conducted in one part of a country donot necessarily reflect the circumstances of street children in another part ofthat country. It is necessary to develop programmes that will target streetchildren and their parents/guardians. The programmes should focus onstrengthening the link between health facilities through community healthworkers (CHWs) who can monitor their health status, refer them to healthfacilities for treatment and follow up on their adherence to the treatmentplan. The government needs to speed up the strengthening of the national childprotection system which will monitor the violation of children’s rights. Thoughthe findings of this study offer a general picture of the health status ofstreet children and the factors affecting it still there remains an urgent needto conduct in-depth investigations into their sexuality and reproductivehealth, nutrition status and factors influencing their adherence to treatment.There are opportunities for future research that can build upon the findings ofthis study.

Thepresent study findings divulge that the problem of malnutrition is multifacetedand has various links to socio-economic and demographic factors. Life on thestreet continues to have an unfavorable effect on the health of children livingand working on the street, particularly young children below 10 years. Streetchildren who are younger than 10 years have a higher risk of experiencing healthproblems because their young age increases their vulnerability. Children livingin the street are mainly involved in occupationsthat are mentally, physically and