N-nitroso compounds are environmental toxicants, which are widely used in industrial solvents. They are also known as carcinogens and could be found in different types of foodstuff including milk, meat, salted fish, alcoholic beverages and several vegetables [1]. Both environmental and food born .N-nitrosamines pose a health risk for human and animals. Diethylnitrosamine is experimentally used to induce liver carcinoma and study the mechanisms of cytotoxic injury. The cytochrome P-450 - dependent enzymes of monooxygenase system also catalyze diethylnitrosamine. Some of the byproducts produced during these reactions react covalently with cellular components leading to cellular necrosis, mutation and cancer [2]. DEN is reported to induce generation of free radicals leading to oxidative stress and cell injury through its metabolized end product (ethyl radical). The action of active metabolite ethyl radical on DNA is considered to play a role in carcinogenesis [3]. DEN causes alterations in some enzymes found in the serum and tissues. When the liver cells are injured, several types of liver-specific enzymes, including aspartate aminotransferase (AST), alanine aminotransferase (ALT) and alkaline phospatase (ALP) are elevated. Studies indicated that DEN elevates the activities of these enzymes [4]. AST, ALT and ALP are the group of enzymes, which are used to evaluate the status of liver damage and are considered more sensitive parameters to assess liver injury in rodent species [5]. It is known that one of the major mediators in chronic inflammatory processes is the nitrite oxide (NO). It is produced by the liver parenchymal and non-parenchymal cells from L-arginine via nitric oxide synthase (NOS) [6]. In normal physiological conditions, NO could be either protective or cytotoxic. Uncontrolled, prolonged and/or massive production of NO by inducible NOS (iNOS) may cause liver damage, inflammation and even tumour development [7]. Biologically important long chain omega-3 polyunsaturated fatty acids, including eicosapentaenoic acid (EPA), docosahexaenoic acid (DHA) and α-linoleic acid (ALA), exist in large amounts in fish and fish oils [8] . Recent studies indicate that n-3 fatty acids could have beneficial effects on cancer , cardio-vascular diseases, immune system, cirrhosis and nervous system disorders [9, 10 and 11]. In addition, omega-3 essential fatty acids are reported to have antioxidant properties by reducing oxidative stress and preventing generation of reactive oxygen species (ROS) [12 and 13].

The Mediterranean diet, associated for centuries with human health benefits, emphasizes whole grains, fruits, vegetables, and olive oil as the major source of dietary fat. Studies have confirmed that consumption of olive oil reduces the risk of developing chronic diseases such as cancer and heart disease [14]. The benefits of olive oil include reducing DNA oxidation and a favorable influence on cholesterol regulation and low-density lipoprotein oxidation, as well as anti-inflammatory, antithrombotic, antihypertensive, and vasodilatory effects [15]. The mechanism proposed to explain the positive effects of olive oil may be attributed to its abundant concentration of the monounsaturated fat, oleic acid [16], and polyphenolic constituents [17] that differ depending on the variety, the soil, the climate, and the way the oil is produced and stored. Olive oil polyphenols have been shown to exhibit strong antioxidant properties [18]. Therefore, regular consumption of this oil in the diet provides a constant supply of potential antioxidants that could reduce oxidative stress through the inhibition of lipid peroxidation, a factor that is currently linked to a host of diseases and scavenging of free radicals [19].

It was the aim of this work to explore the hepatoprotective effect of fish oil and olive oil, against DEN -Induced Liver Injury in Rats.

Fish oil and Silymarin were purchased from pharmacy.

Fatty acids were determined according to the methods described by [20].

Animals: Fifty four male Wister rats, average weight of 200±5 g. raised in the animal house of the Ophthalmology Research Institute, Giza, Egypt, were used in the present study. The rats were kept under normal healthy laboratory condition; temperature was adjusted at 25 ± 2 ºC and 12 hour light – dark. Animals were adapted on free access of water, and fed for one week basal diet before the initiation standard of the experimental. Composition of the basal diet (g/kg) : Casein,10%;cellulose,5%;sunflower oil,10%; corn starch ,70% ; salt mixture, 4% and vitamin mixture ,1% according to [21,22 and 23 , respectively].

At the end of experimental period, blood samples were collected from the animals from the eye plexuses on ice. Each sample was collected into both heparinized tubes to obtain the plasma and into a dry clean centrifuge glass tube without any coagulation to prepare serum. Blood was left for15 min at room temperature, then the tubes were centrifugation for 15 min at 3000 rpm and the clean supernatant serum was kept frozen at -20 ºC until the time of analysis. Serum total cholesterol (TC.), high density lipoprotein (HDL), low density lipoprotein (LDL), VLDL- cholesterol and triglycerides (TG.) were determined by using the methods described by [25, 26, 27, 28 and 29, respectively]. Liver function in serum: Alanine aminotransferase (ALT) and aspartate aminotransferase (AST) activities were assayed by the method of [30]. Alkaline phosphatase (ALP) activity was measured at 405 nm by the formation of paranitrophenol from para-nitrophenylphosphate as a substrate using the method of [31]. Total protein, albumin and total bilirubin were determined by using the methods described by [32, 33 and 34, respectively]. The activity of lipid peroxidation level (Malondialdehyde, MDA) was determined in serum by the colorimetric method described by [35]. Superoxide dismutase (SOD), catalase (CAT), glutathione peroxides (GSHPx) and glutathione reduced (GSH) were measured calorimetrically in erythrocyte according to the method of [36, 37, 38 and 39, respectively].

Sample from the liver was collected from rats in all groups at the end of experiments (60 days), fixed in 10% neutral buffered formalin, dehydrated in alcohol, cleared in xylol and embedded in paraffin. 4µ thick sections were prepared and stained with Hematoxylene and Eosin [40].

The obtained results were subjected to statistical analysis using the standard analysis of variance as outlined by [41].

The present study was carried out to elucidate the chemical composition of oils, nutritional and protective effect of fish oil and virgin olive oil in normal and on diethylnitrosamine (DEN) induced cytogenicity and liver injury, using fish and olive oils for 60 days in male Wister rats. The tested parameters were chemical constituents and histopathological examination of liver in normal rats and rats injected with DEN. Their effects and constituents are registered in tables and Photographs.

Means, within the same column, followed by the same letter are not significantly different at < 0.05.

Means are followed by the corresponding standard deviation

Effect of fish oil and virgin olive oil on the serum lipid profile levels in experimental injected with den rats: Total cholesterol and triglyceride concentrations did not induce changes in the serum of rats given fish oil, virgin olive oil and mixed with fish oil and virgin olive oil at concentration 5g/100g diet for 60 successive days than the control (N1) group. The oxidation stress (injected with DEN) significantly increased elevation (114.12 , 359.75 , 179.83 and 178.32 %), respectively in serum total cholesterol (TC), low density lipoprotein (LDL-C) , very low density lipoprotein cholesterol (VLDL - C) and triglycerides(TG) .While HDL- cholesterol was significantly decreased elevation (28.14 %), as shown in Table ( 3 ). Administration of the tested antioxidants improved or returned these values to the normal ones. These results are agreement with [10]. [47] who reported that TC and TG were significantly increased after treated rats with Diethylnitrosamine (DEN).

Means, within the same column, followed by the same letter are not significantly different at <0.05.

Means are followed by the corresponding standard deviation.

Table (4). Effect of fish oil and virgin olive oil on the liver functions levels in experimental injected with DEN rats.

Means, within the same column, followed by the same letter are not significantly different at <0.05

Means are followed by the corresponding standard deviation

In the current study, level of serum MDA injected with DEN groups supplemented with fish oil, virgin olive oil and mixed with fish oil and virgin olive oil at concentration 5g/100g diet for 60 successive days showed a significant reduction which indicates a decreased rate of lipid peroxidation [19 and 51]. In general, superoxide dismutase (SOD) is an important antioxidant enzyme which catalyzes the conversion of toxic superoxide radical to less reactive hydrogen peroxide [54] .SOD is known to be reduced markedly in DEN induced hepatic injury [55] . While oxidative stress could be ameliorated via the elevation of hepatic SOD level [56] .In addition, glutathione peroxidase (GPx) is another antioxidant enzyme commonly used to investigate the oxidative stress [3]. It has been indicated that antioxidant-like compounds produce hepatic protection through an increase in GPx to scavenge the free radicals [19].

Means, within the same column, followed by the same letter are not significantly different at <0.05.

Means are followed by the corresponding standard deviation. 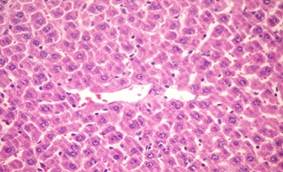 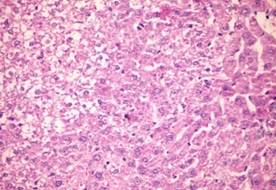 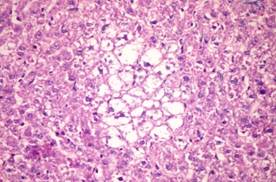 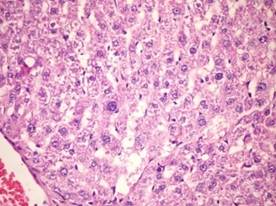 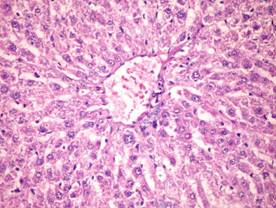 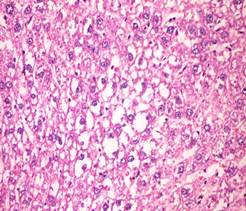 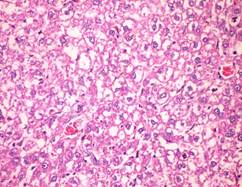 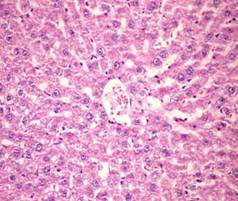