Abstract: A carotid body tumour (CBT) is rare and most commonly arises from the neural crest tissue. It accounts for less than 0.5% of all neoplasm.1 It may also originate from the chemoreceptor organs which are found in the adventitia layer of the carotid arteries bifurcations. They often present with asymptomatic neck masses, and precaution should be made in the attempt to excise the tumour as it is closely related to vital structures. We present a case of carotid body paraganglioma, its difficult surgical excision and outcome.

A 26 year old Chinese male previously fit and healthy presented with a 10 months history of left neck swelling which is slowly increasing in size. He was referred to the Ear, Nose and Throat Department in our centre for further evaluation and management. The swelling was not painful or associated with any other symptoms. There were also no constitutional symptoms. There was no family history of paraganglioma.

On examination, there was no stridor noted and the cranial nerves were all intact. There was a 4cm x 4cm x 4cm pulsatile mass in the upper third of the left sternocleidomastoid which was firm and mobile anterior-posteriorly but not vertically, without any audible bruit. It was occupying the left angle of mandible. It was not associated with any punctum, fluctuancy or transluminency. It was not displacing the pinna and there was no other swelling of the neck noted.

In addition, an angiogram with embolization was performed in our centre via right femoral puncture. The angiogram revealed a vascularised tumor with multiple feeder vessels, all from the external carotid artery branches. The mass was 70% embolized with the remaining area not well embolized were the superior and anterior aspect of the tumor. There were no complications from the procedure.

Evaluation of the clinical examinations and the radiological findings pointed to the diagnosis of Shamblin group II carotid body tumour (CBT) and the patient subsequently underwent a surgical resection of the tumor. The procedure was carried out using the standard method where the incision was deepened subplatysmally before retracting the sternocleidomastoid. The carotid sheath then identified with the 4cm x 4cm x 4cm tumor within it. The tumor was extending from the bifurcation of the left common carotid artery inferiorly until the level of the hyoid bone superiorly. It was splaying the left external carotid artery anteriorly and the left internal carotid artery posteriorly.

The estimated blood loss was 700mls and patient received 1 pint of packed cells perioperatively. The post transfusion hemoglobin was 9.9g/dL. Otherwise, the patient recovered unremarkably postoperatively without any neurological deficit. The voice was also normal. The pathological examination confirmed the diagnosis of paraganglioma. It was positive for synaptophysin and chromogranin and negative for S100. Tumor necrosis was noted in areas of the specimens. The patient’s follow-up in the clinic has been uneventful with no evidence of recurrence or neurological deficit. 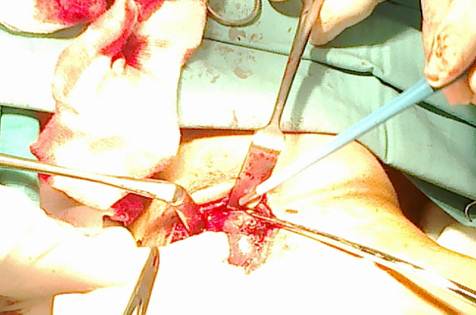 Figure 1. Intraoperative photo of en bloc resection of the CBT. Deepening the incision subplatysmally and retracting the sternocleidomastoid. 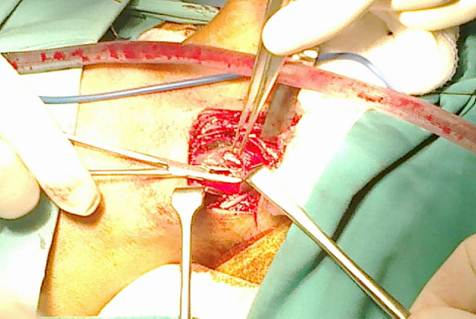 Figure 2. Intraoperative photo of en bloc resection of the CBT. The CBT at the carotid bifurcation.

Carotid body tumors also known as paraganglioma are rare neoplasm derived from neural crest tissue arising from carotid body. Usually these tumors are benign and slow growing, with an overall incidence of 0.01% of the population.3 It is 10% familial, with bilaterality seen in 30% of the familial form, while only 5% of the sporadic form displays multicentricity.4-5 However, this tumor could still be malignant with the incidence of metastasis in less than 10% of cases. Since the histologic pattern of the primary lesion is not a reliable indicator of malignancy, lymph node evolvement or present of distant metastasis remains the hallmark for the diagnosis of malignant CBT.6

Most patients would present with painless and slowly enlarging neck mass while some would experience neck tenderness, dysphagia, Horner’s syndrome, hoarseness or syncope. Malignant CBT on the other hand would be associated with constitutional symptoms such as malaise, weight loss and fatigue. The etiology of CBT is not clear. Chronic hypoxia, succinodehydrogenase mutations, and long period of living at high attitudes are considered relevant with tumor etiology.7 On examination of the mass, there will be a rubbery, non tender mass along the anterior border of the sternocleidomastoid muscle. Classification of carotid body tumor is defined by the criteria set forth by Shamblin et al and summarized by Thabet and Kotob.4, 8 (Table 1)

About 5% of CBT are functional since the paraganglionic cells contain very small amount of catecholamines. This neurosecretory function may be the cause of palpitations, headaches, diaphoresis, dizziness and flushing.9 Our patient didn’t have any of these symptoms. CBT may grow and the one in our patient had grown to 4cm x 4cm x 4cm Shamblin group II, posing some surgical resectability difficulty and for this reason we preferred preoperative embolization aimed at reducing the intraoperative blood loss and also the original size of the tumor.

Embolization has been used as an adjunctive procedure to reduce bleeding intraoperatively, decrease tumor size, facilitated surgery, shorten operative time and lessen the overall operative risks.10-11 Multiple single-centre studies have shown that preoperative embolization is helpful in reducing the operative time, the amount of blood loss and the potential surrounding tissue injury.11-12 The tumor in our patient was 70% embolized prior to the operation with the superior and anterior portion of the tumor was not well embolized. The supply to the anterior aspect of the tumor derived from more proximal branches of the external carotid artery which impose a high risk of reflux of embolic particle into the internal carotid artery.13 The complications associated with embolization includes stroke which is reported as high as 17% in a single-centre study.14

In this case, we could not identify the plane between the subadventitial layer and the major vessels next to it where the CBT is usually located. This could be due to partial transmural tumor invasion which has caused the significant intraoperative bleeding during the excision. The decision to call the vascular team was appropriate to control the bleeding. In a study done for significant transmural tumor invasion, ligation and excision of the external carotid artery together with the tumor is preferred.15 In another study involving 47 patients, an intraoperative shunt was performed in 10 patients with complicated CBT involving the carotid artery wall. The intraoperative shunt has been shown to maintain cerebral circulation, decreased the size of tumor by excluding the vascular supply of the external carotid artery, and guided the resection of CBT.16This is helpful since preoperative diagnosis by CT angiography cannot determine precisely the degree of adhesion between the tumor and the carotid artery.17 As a mater of discussion, the first known reported case of successful Shamblin III excision using combines traditional and endovascular strategies can be applied.18

Despite the complexity and surgical risk posed by CBT such as the one in this report, excision continues to be the best treatment after optimal preoperative preparation including embolization. This case clearly illustrated that although careful and thorough preoperative radiological imaging has been employed, it still cannot accurately determine the precise association between the tumor and the major vessels. In conclusion, we have reported a case of CBT with unexpectedly difficult excision and the appropriate management.