Abstract: DNA topoisomerases are unique enzymes which play a major role in solving the topological problems associated with DNA molecule. Topoisomerase enzymes are highly expressed in cells which undergo rapid and uncontrolled cell divisions. Inhibition of this enzyme represents a major potential therapeutic approach for cancer. The computational tools that have allowed understanding the biological functions of Topoisomerase-II are being applied to understanding drug action. In this study, we have developed a quantitative pharmacophore model based on topoisomerase inhibitors collected from the literature. Molecular Docking Analysis was performed with AutoDock4 Software. Topoisomerase II (PDB-id 2RGR) was selected for finding its potent inhibitor. A comprehensive molecular modelling was performed to identify the pertinent features that could be used as a starting point for design of ligands with increased affinity and target selectivity. According to the pharmacophore mapping, the resulting pharmacophoric points could be used for the generation of new molecule that include all this point and hence will act as a better inhibitor for Topoisomerase II receptor.

Drug design is one of the most important fields of study in Bioinformatics. The perspective of discovering new drugs based on the knowledge revealed by the human genome and the protein database focused a lot of work and new methods to improve the drug design process. Drug designing on the basis of ligand relies on knowledge of other molecules that can bind to the target of interest from biological origin. These molecules can be used to generate a pharmacophore model having minimum necessary structural characteristics. At the same time, structure-based drug designing relies on knowledge of 3-Dimensonal structure of the biological target obtained through analytical methods like x-ray crystallography or Nuclear Magnetic Resonance (NMR) spectroscopy. If the 3-Dimensonal structure of a target is not available, it is possible to formulate a homology modelling of the target in accordance with the experimental structure of related proteins. Using the structure of the biological target, the model drugs with high affinity and selectivity to the target can be designed. Presently, there are various automated computational methodologies are used to predict a new drug for a new target [1, 2].

Many drugs work through interference with the topoisomerases. The broad-spectrum fluoroquinolone antibiotics work by inhibiting the function of bacterial type II topoisomerases. These small molecule inhibitors work as a potential anti-microbial by hijacking the natural ability of topoisomerase to break the chromosomal DNA [3].

In silico methods can help in identifying drug targets via bioinformatics tools. They can also be used to analyze the target structures for possible binding/ active sites, generate candidate molecules, check for their drug likeness, dock these molecules with the target, rank them according to their binding affinites, further optimize the molecules to improve binding characteristics. The utilization of computers and computational strategies permetes all aspects of drug discovery now a days and forms the core of structure-based drug design [4, 5].

The selected ligands begins the searching methods randomly outside the binding site. It will eventually reach the certain conformation by exploring the values of translations, rotations and its internal degree of freedom [6]. Selection and Sorting between good and bad docked conformations are applied through the scoring function.

Pharmacophore mapping is one of the major elements of drug design in the absence of structural data of the target receptor. The tool initially applied to discovery of lead molecules now extends to lead optimization [7, 8]. Pharmacophores can be used as queries for retrieving potential leads from structural databases (lead discovery), for designing molecules with specific desired attributes (lead optimization), and for assessing similarity and diversity of molecules using pharmacophore fingerprints [9].

RasMol was used as molecular graphics visualisation tools meant and used primarily for the depiction and exploration of biological macromolecule structures, such as those found within the macromolecule knowledge Bank.

Q-SiteFinderwas used as ligand binding site prediction (http://www.modelling.leeds.ac.uk/qsitefinder/). It works by binding hydrophobic (CH3) probes to the protein, and finding clusters of probes with the most favourable binding energy. It uses the interaction energy between the protein and a straightforward van der Waals probe to find energetically favorable binding sites [12]. Energetically favorable probe sites are clustered consistent with their spatial proximity and clusters are then hierarchal in step with the sum of interaction energies for sites within every cluster.

Pocket-Finder(http://www.modelling.leeds.ac.uk/pocketfinder/) was used as pocket detection algorithm based on Ligsite written by Hendlich et al (1997). Pocket-Finder works by scanning a probe radius 1.6 angstroms along all gridlines of a grid resolution 0.9 angstroms surrounding the protein [13, 14]. The probe also scans cubic diagonals. Grid points are defined to be part of a site when the probe is within range of protein atoms followed by free space followed by protein atoms. Since the protein is scanned in seven directions, each grid point can be defined to be part of site up to seven times. Grid points are only retained if they are defined to be part of a site at least five times. Pocket Finder uses the same interface as Q-SiteFinder.

2.5. Selection of Ligand on Reference Study

Lead like compounds were identified with IC50 values for Topoisomerase II from various research papers, 11 such compounds of the below listed compounds were sketched using Marvin sketch.

Docking study was performed by using Auto dock 4.The Glide algorithmic program approximates a scientific search of positions, orientations and conformations of the ligand within the enzyme-binding pocket via a series of ranked filters. information of the popular orientation successively could also be used to predict the strength of association or binding affinity between two molecules exploitation as an example scoring functions. the form and properties of the receptor are represented on a grid by many totally different sets of fields, which give increasingly} more correct scoring of the ligand pose [15, 16]. The binding site is outlined by an oblong box confining the translations of the mass centre of the ligand. AutoDock grip maps for each atom type in the ligand, calculated by AutoGrid, 2) a PDBQT file for the ligand, and 3) a docking parameter file("dpf") that specifies the files and parameters for the docking calculation.

These A, B and C are basic formula for the conversion of the IC50 into pIC50 value in nanomolar. The bioassay values are understood as completely different numbers, that take issue from one compound to a different compound even in same assay. pIC50 values is ever-changing the IC50 values towards interpretation for all QSAR and Pharmacophore analysis [17]. The log P of a compound is constant for a given specific combine of binary compound and organic solvents, and its value are often determined by trial and error by one among many phase-partitioning ways. However, the calculated log P price for a compound in water vs. a straightforward chemical compound like octanol or dissolving agent will offer a guideline for predicting its solubility characteristics in different aqueous and organic solvents.

By using Q-site finder best docking site was estimated as well as its residues in that site with additional information of, protein volume, site volume and binding site co-ordinates which is useful to set the grid during docking are found at this site. Protein molecules best cavity i.e 1st site was found and its corresponding residues are listed below (Figure 1). 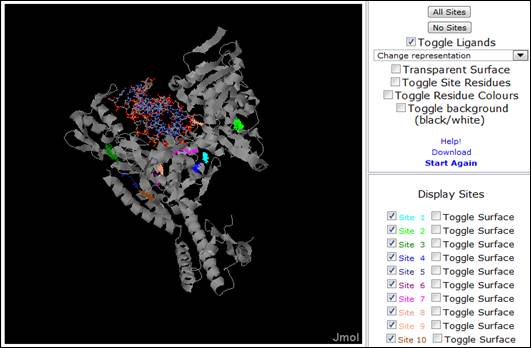 Figure 1. Q-site finder to find the information about binding site for the protein molecules/ 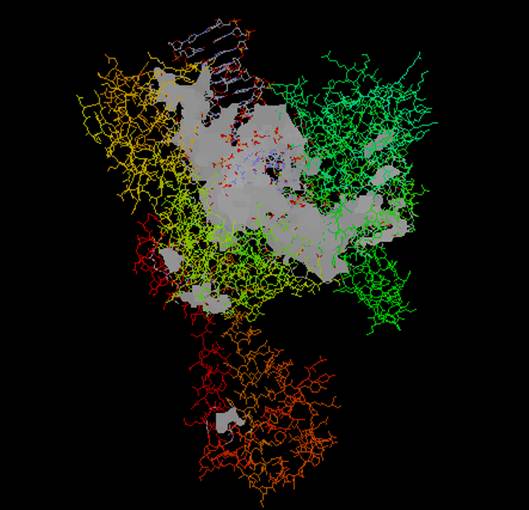 Graph between Conformations and Binding Energy is obtained from docking analysis, which shows results in the form of clusters (Figure 3). 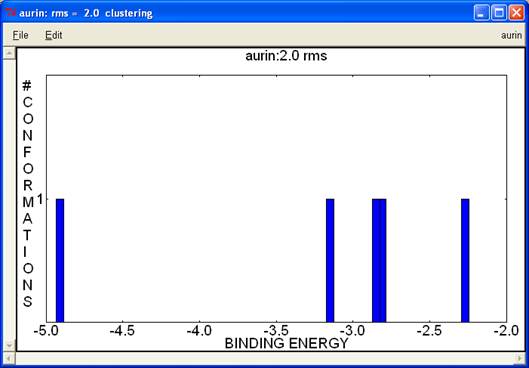 Figure 3. Relationship between Conformations and Binding energy of the lead molecule.

Topoisomerase inhibitors are agents designed to interfere with the action of topoisomerase enzymes (topoisomerase I and II), that are enzymes that control the changes in DNA structure by catalyzing the breaking and rejoining of the phosphodiester backbone of DNA strands throughout the normal cell cycle. In recent years, topoisomerases became widespread targets for cancer chemotherapy treatments. it's thought that topoisomerase block the ligation step of the cell cycle, generating single and double stranded breaks that damage the integrity of the genome. Introduction of those breaks afterward cause apoptosis and death. Topoisomerase II(2RGR) was taken as the target molecule. Study of its binding sites and cavity was done using Q-site Finder and Pocket Finder (Table 2).

Later, the inhibitors of Topoisomerase II were selected as Lead Molecules for Docking and Pharmacophore Mapping. Ten lead molecules were selected and further optimized using Marvin Sketch and the logP values for each were calculated using the same. The IC50 values for the leads were referred from different research [18, 19, 20, 21] papers which were further converted into pIC50 values using Sanjeev’s Lab [22].On the basis of their Docking Analysis and Pharmacophore Mapping performed using AutoDock4 software the binding Energy and number of Hydrogen Bonds, Length of Hydrogen Bonds, Residues involved and Energy of Hydrogen Bond were obtained. After the Docking Analysis the lead molecule Ellipticine was found with the least binding energy (-6.71) with no Hydrogen Bond. The lead molecule Actinomycin-D was found with the least binding energy -3.77.

According to the pharmacophore mapping, the resulting pharmacophoric points can be used for the generation of new molecule which will include all this point and hence will act as a better inhibitor for Topoisomerase II receptor. On the basis of the whole docking analysis performed a 3-dimensional QSAR (Quantative Structural Activity Relationship) can be generated which will be receptor as well as ligand Specific.

The authors want to acknowledge the financial support and laboratory facilities from Sreenidhi Institute of Science and Technology, Hyderabad and Rajiv Gandhi Institute of IT and Biotechnology, Pune to carry out this research work.

The authors declare that they have no conflict of interest.