Abstract: The experimental research on hydrogen production by water electrochemical splitting is presented in the article. In the study low temperature electrolytic unit with 26th% KOH liquid solution and small-scale photovoltaic module (PV-module) were used to convert solar energy into molecular hydrogen. Speeds and volumes of average monthly hydrogen production are defined for Kyiv insolation using experimental facilities. The method applied can be proposed to estimate hydrogen amount generated when combining the conventional electrolysis process and photovoltaic module for compensating the long term fluctuations of solar photovoltaics.

Stabilizing future atmospheric CO2-levels at less than a doubling of pre-industrial levels will be a difficult task because it requires a continuous flow of new carbon-free power 2-3 times greater than today’s energy supply to sustain economic development for a global population approaching 10 billion people by the middle of 21st century [1].

The sun and wind are the two largest sustainable sources of carbon-free power. However, to realize their potential, they must overcome a key hurdle – a challenge of their intermittent nature. Unlike other forms of renewable energy such as hydropower and geothermal energy, the energy generated by wind and photovoltaics fluctuates. This fluctuation poses a sizable challenge to their power grid integration and a widespread adoption as the mainstream power sources [1,2].

There are several potential answers to the intermittency challenge and one of the more viable solutions is a credible form of electricity storage [2].

To have a highly effective and efficient renewable-hydrogen system, hydrogen should be used at the chosen time. When renewable resources are available, e.g. the sun is shining, and electricity is needed, the electric current should be used immediately. To meet even higher electricity demands, energy can be supplied directly from renewable resources as well as from hydrogen stores. As demands decrease, the extra electricity from renewables can be converted and stored as hydrogen.

Additionally, hydrogen provides a connecting point between renewable electricity production, transportation, and portable energy needs. In transportation applications, hydrogen provides a way to convert renewable resources to fuel for vehicles. In portable energy, hydrogen with fuel cells can be used as an important power source for mobile electronic devices, offering key advantages over conventional batteries. It will increase operating times, it will reduce the weight, and it can be recharged easily. At the same time, hydrogen can store energy for a long period without any power dissipation.

This entire portfolio of options makes renewable hydrogen systems more effective in providing flexible and reliable energy in the most necessary forms [5].

Electrolysis is a process that occurs when direct current passes through the electrolytic system composed of an anode, a cathode and electrolyte. The resulting reaction is as follow [8,9]:

In turn, the electrical charge is defined as follow [10]:

with I – electrical current, τ – operating time of electrolyzer.

Hydrogen production by conventional electrolysis process has the following advantages over other hydrogen producing methods [6,11]:

Ÿ the produced hydrogen is about 99% pure,

Ÿ the electrolytic cell is simple, continuous, automatic, and without gear motion,

Ÿ the most widespread chemical substance notably water is used in electrolysis,

Ÿ and finally, there is possibility of using renewable energy sources for hydrogen production.

Objective of the research is to study the average monthly hydrogen productions by water electrochemical photolysis using PV-module for Kiev insolation.

Principle circuit of the experimental facility that was used for hydrogen production by the conventional water electrolysis is presented in fig. 1.

In the experiment 26th% KOH liquid solution was used as the electrolyte for electrolysis process.

Characteristics of the used PV-module and electrolyzer are presented in the table 1 and table 2 respectively.

Table 1. Characteristics of the photovoltaic module [12].

Table 2. Characteristics of the electrolyzer [12].

Photo of the used experimental facility is illustrated in fig. 2.

When determining the PV-module average monthly current-voltage curves, the standard procedure was used. However instead of a constant light source, the light source with adjustable radiation intensity was utilized. It enabled to influence the PV-module sloping surface by controlling radiation intensities, which were equal to the Kiev average monthly solar intensities (table 3). 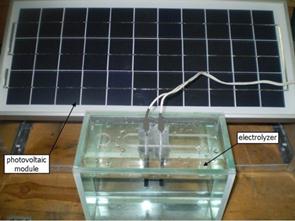 Figure 2. Photo of the experimental facility. [12].

As a result, the average monthly current-voltage curves were determined for Kiev insolation (fig. 3). Thus, in this diagram the larger average monthly solar intensity (June) satisfies the greater amount of electrical current.

The slope angle of the photovoltaic module was equal to 50° (latitude angle of Kiev). 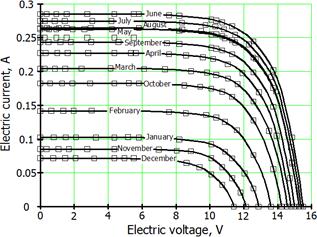 For determination of the hydrogen producing operating points in the electrolysis process, the experimental current-voltage curve of electrolyzer with 26th% KOH liquid solution was tested (fig. 4). Here, with low electrolysis voltage less than 1.23 V, hydrogen production does not occur. Practical zero value of the electrical current confirms non-hydrogen generation. Increasing the voltage to more than 1.23 V generates hydrogen exponentially. 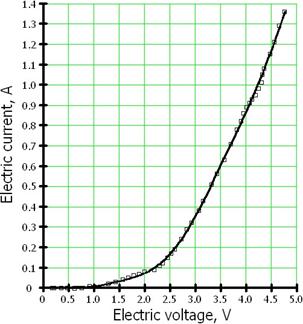 The intersections of the electrolysis current-voltage curve and the average monthly current-voltage curves of the photovoltaic module determined the operating points of hydrogen production for each month (fig. 5). In this diagram, operating electric currents are equal to the short-circuit currents of the photovoltaic module. Thus, the PV-module operation with an electrolyzer corresponds to the short-circuit conditions. 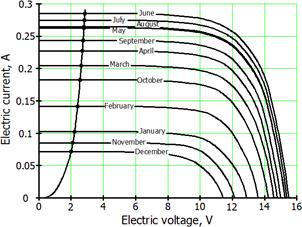 Figure 5. Operating points of hydrogen production by the experimental facility for Kiev insolation.

A photo of the hydrogen producing process is shown in fig. 6. 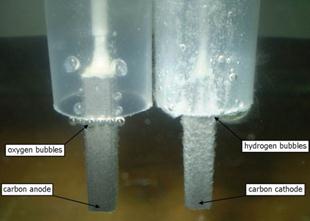 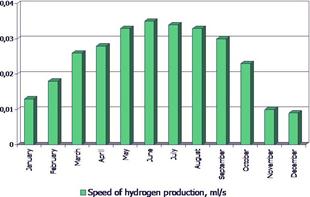 Figure 7. Speeds of hydrogen production by the experimental facility for Kiev isolation.

Volumes of produced hydrogen by the experimental facility for Kiev insolation are shown in fig. 8. 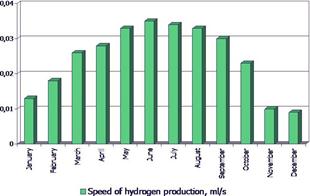 Figure 8. Volumes of hydrogen production by the experimental facility for Kiev insolation.

Thus, in June and July volumes of produced hydrogen undoubtedly are the highest (about 0.092 m3/month).

The average energy required for producing a normal cubic meter of hydrogen and 0.5 cubic meter of oxygen by the experimental facility is about 5.7 kW-hours.

The method proposed can be applied for estimation of speeds and volumes of hydrogen production combining the conventional water electrolysis and photovoltaics, e.g. when compensation of long term fluctuation of solar PV is needed.