On the other hand, two-sided generalized a class of the distributions is introduced by Korkmaz and Genç (2015) by following cdf

is the cdf of the base distribution and

its inverse. The corresponding pdf is

. We  also note that

is the reflection point of the distribution.

In the rest of this paper, we obtain the special cases and explore density shape of (6). We examine hazard rate function. We derive formulas for the rth moment. We also consider the maximum likelihood estimates of parameters. Finally we end the paper with a real data application.

, that is Lehmann type 1-Gumbel distribution denoted by

, that is Lehmann type 2-Gumbel distribution denoted by

distribution truncated above at

and the distribution of the

distribution truncated below at the same point, with the mixing parameter

distribution with truncation points a and b, and similarly for

. Hence TSGG has properties of both

First and second derivatives of

These derivatives show that

has a mode at

support. On the other support it also may have a mode at solution point of the

. As a result we can say that TSGG distribution can be bimodal. Further

Plots of the pdf (6) for some parameter values are given in Figure 1. 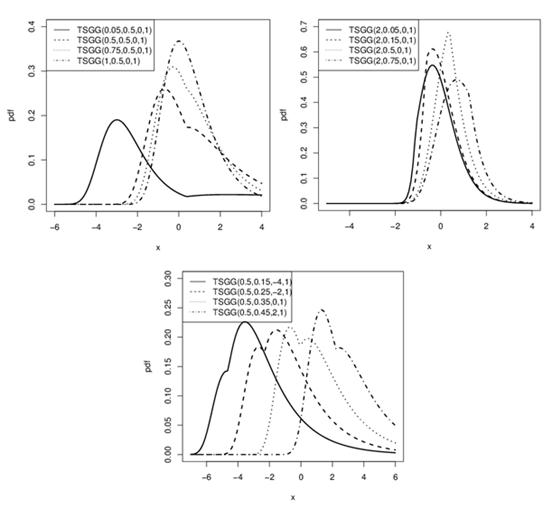 Figure 1. The pdf of the TSGG distribution for selected parameters value.

The hazard rate function defined by

and its important issue in the lifetime modeling. For TSGG distribution hazard rate function is given by

. With this property, the TSGG distribution is much more advantageous than ordinary Gu distribution. Moreover 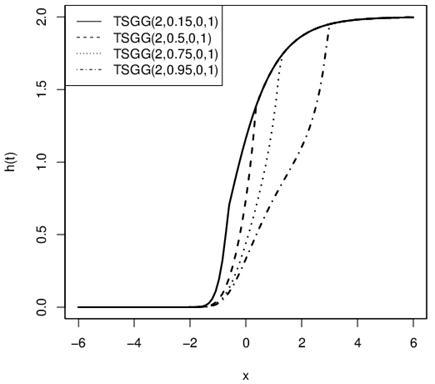 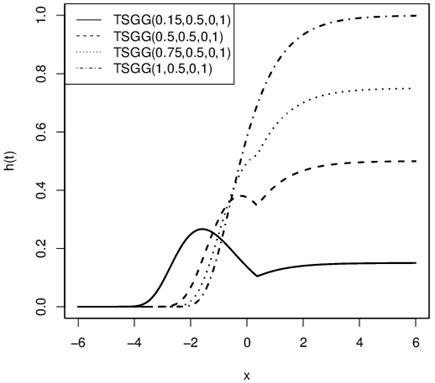 Figure 2. The hazard rate of the TSGG distribution for selected parameters value.

Using the moment definition and setting

we write the rth moment of the TSGG distribution.

Using the binomial expansion for

rth moment can be obtained by

denotes these integrals with

denotes the exponential integral and is

We sketch the skewness,

, measurement in Figure 3 where

We can observe empirically that the TSGG distribution can be left skewed, symmetric or right skewed. So it is much more flexible than the Gu distribution. 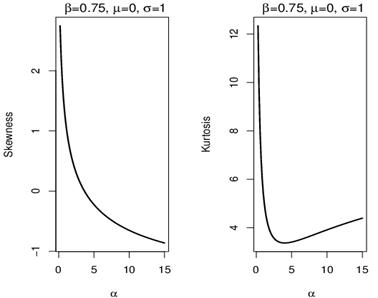 Figure 3. Skewness and kurtosis of the TSGG distribution for selected parameters value.

denote the corresponding order statistics. Then the log-likelihood function is given by

From Van dorp and Kotz (2002) and Korkmaz and Genç (2015), the estimating of the reflection point

is one of the

order statistics. Accordingly, we have the maximum likelihood estimate (MLE) of the

. We need some iterative procedure to find the estimates for

parameters. We may explain this procedure with an algorithm:

and put an initial values

is less than a given tolerance, say

We note that the usual regularity conditions, which belong to the asymptotic normality of the MLEs, are not ensured for the TSGG distribution since the support of the pdf of the TSGG depends on parameters

and the pdf is not differentiable at

. In addition to the estimator of the

is based on the order statistics. So, the observed information matrix, which used to obtain the asymptotic variances of the MLEs, can be found numerically via optimization procedure in packet programme such as R, Maple, Matlab.

In this section, we give a real data application. The computations of the MLEs of all parameters for all the distributions are obtained by using the optim function in Rprogram with L-BFGS-B method. This function also gives the numerically differentiated observed information matrix. The data are from the New York State Department of Conservation corresponding to the daily ozone level measurements in New York in May-September, 1973. Recently, Nadarajah (2008), Leiva et al.(2010), Cordeiro et al. (2013) and Korkmaz and Genç (2014) analyzed these data. To see the performance of the TSGG, we fit this data set to TSGG. After fitting the TSGG distribution to this data set, we find the following MLE results:

where standard errors are given in parentheses.

Also we give the value of the Kolmogorov-Smirnov goodness of fit test statistic as 0.0175 with a p-value 0.5995. Hence we accept the null hypothesis that the data set is come from the TSGG distribution. We give the fitted TSGG density and empirical cdf plots in Figure. 4. These conclusions are also supported by Figure 4. Therefore, we show that the TSGGdistribution has the real data modeling potential. 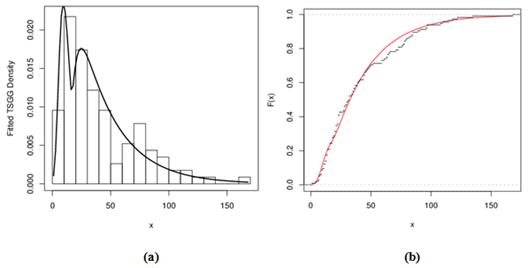 Figure 4. (a) Fitted the TSSG density of the ozone level data. (b) Empirical and fitted cdf’s.