In recent times, the concept of wireless communication in the lower atmospheric layer has become very essential to radio communications due to increasing demand for such technologies [1,2,3]. The wide spread application is brought about by the sophistication and ever changing trend of radio communication. However, due to the enormous demand and wide spread applications of wireless communications, there is the need to look closely into those properties which contribute to fading during signal propagation [4]. Considering signal transmission under clear air condition, especially on terrestrial line of sight links, several atmospheric actions leads to signal loses on the transmission link [5,6,7,8]. Clear-air fading mechanism due to extreme refractive layers in the atmosphere includes beam spreading, antenna decoupling, surface multipath and atmospheric multipath [9]. In the terrestrial line of sight link, it has been shown that multipath fading is among the most recurring fading phenomenon in tropospheric propagation [10].

In this paper, the focus is to determine point refractivity gradient and geoclimatic factor using radiosonde data on meteorological parameters obtained in Calabar. Calabar is the major city in cross River state located in the South South part of Nigeria. The geo-coordinates of Calabar is 4.9757° N Latitude and 8.3417° E longitude. Calabar has two different seasons, the rainy and the dry seasons. The rainy season occurs April to September whereas the dry seasons occur October to March. In some cases, Calabar witness rainfall during the dry season because it is surrounded by rivers and the Atlantic Ocean [13]. The study will also examine the temporal variations in the values of point refractivity gradient and geoclimatic factor for Calabar.

Where e stands for water vapour pressure (in hpa) where [9]:

H is the relative humidity (%)

t is the air temperature (Kelvin)

The value of N varies with attitude since all of the climatic parameters, namely, relative humidity, temperature and pressure vary with height.

Also, it is important to consider the point refractivity gradient which the geoclimatic factor is dependent upon. The vertical gradient of radio refractivity in the lowest layer of the atmosphere is an important parameter for the estimation of path clearance and propagation effects such as ducting, surface reflection and multipath on terrestrial line of sight lines. The refractive gradient at the upper atmosphere is calculated by [19].

N2 is the upper atmospheric refractive index and

can be represented as dN1. Hence, the geoclimatic factor for quick planning can be calculated from the approach given by International Telecommunication Union [20, 21];

In this work, three years data on meteorological parameters, namely, air temperature, pressure and humidity are obtained from Nigerian Meteorological Agency (NIMET). The NIMET meteorological parameters data are obtained using radiosonde, which is an radiosonde is an airborne weather station with inbuilt radio transmitter. The radiosonde is lunched on daily basis and as it ascends from ground level it measures the meteorological parameters at given time interval. At the same time, it transmits the measured values to the appropriate ground station where the data are further processed [14]. Notably, radiosonde do not measure and report climatic parameters at definite heights, rather it measures at preset time intervals. Due to the spatial resolution problem in the radiosonde data obtained, Inverse Distance Weighting (IDW) technique is used for interpolation of the radiosonde data to obtain the missing data at specific heights required in the study. The IDW technique is expressed as [22,23]:

is the approximated value at the point of interest

Z is the known value at the sampled point

λi is the weighting parameter and

n denotes the number of sampled points used for approximation.

) in equation 6 can be represented by as,

di is the distance between x0 and xi,

p is a power parameter, and n is as denoted previously.

The IDW technique is applied in the spatial interpolation of the radiosonde data on air temperature (Temp), pressure (Pres) and humidity (Humd) as follows;

be the height of interest. Particularly, 65m is one of the height the value of the temperature, pressure and humidity are required.

) be the approximated value of air temperature, pressure and humidity at the point of interest

are computed. Also, for each i, equation 6 is used to compute the value of

After determining the values of air temperature, pressure and humidity at all the essential heights, including, 65m, the water vapour pressure (e) and the radio refractivity (N) are computed using equation 2 and equation 1 respectively. Next, the point refractivity gradient (

Fig. 1. Point Refractivity Gradient (dN) for the various months of the year.

Conversely, the variation in the value of geoclimatic factor in Calabar (table 1 and figure 2) is such that the largest value of 0.000167582 occurred in November whereas the smallest value of 2.94282E-05 occurred in May.

Fig. 2. Geoclimatic Factor (K) for the various months of the year.

The distribution shows lower values in the rainy period between May and September while higher values occur in dry season with November having the highest. 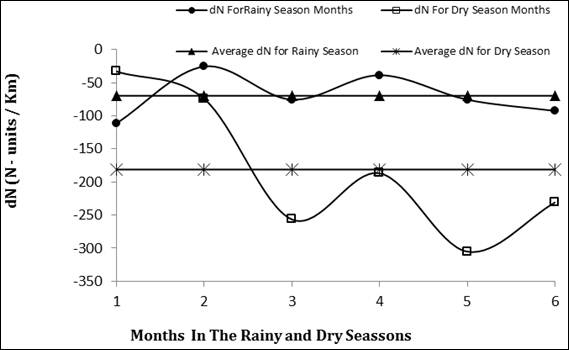 Fig. 3. dN for the Rainy and Dry Seasons Months In Calabar. 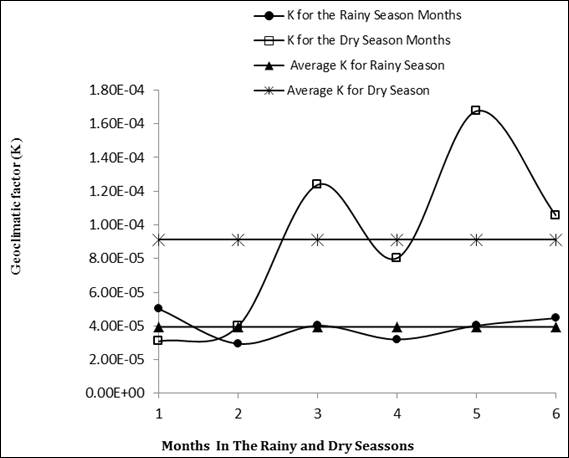 Fig. 4. Geoclimatic factor (K ) for the Rainy and Dry Season Months In Calabar.

Table 3. Geoclimatic factor (K ) for the Rainy and Dry Season Months In Calabar.