The shell and tube heat exchangers are known as the work-horse of the chemical process industry when it comes to transferring heat. These devices are available in a wide range of configurations as defined by the Tubular Exchanger Manufacturers Association. The applications of single-phase shell-and-tube heat exchangers are quite large because these are widely used in chemical, petroleum, power generation and process industries. In essence, a shell and tube exchanger is a pressure vessel with many tubes inside of it. One process fluids flows through the tubes of the exchanger while the other flows outside of the tubes within the shell. The tube side and shell side fluids are separated by a tube sheet. In these heat exchangers, one fluid flows through tubes while the other fluid flows in the shell across the tube bundle. The design of a heat exchanger requires a balanced approach between the thermal design and pressure drop. The performance parameters include heat transfer, pressure drop, effectiveness etc. [1] 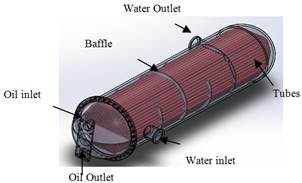 Type of baffle is used single segmental. Baffle spacing is the centerline-to-centerline distance between adjacent baffles. It is the most vital parameter in STHE design. The TEMA standards specify the minimum baffle spacing as one-fifth of the shell inside diameter or 2 in., whichever is greater. Closer spacing will result in poor bundle penetration by the shell-side fluid and difficulty in mechanically cleaning the outsides of the tubes. Furthermore, low baffle spacing results in a poor stream distribution. The maximum baffle spacing is the shell inside diameter. Higher baffle spacing will lead to predominantly longitudinal flow, which is less efficient than cross-flow, and large unsupported tube spans, which will make the exchanger prone to tube failure due to flow-induced vibration. [3]

Figure 2 depicts a single-segmental shell-and-tube bundle geometry with fixed tube sheets at both heads in which the shell-side flow makes one shell pass from one end of the tube bundle to the other with the flow directed across the tube bundle by the baffles. The inlet, central and outlet baffle spacing are shown and are identifies as Lbi, Lbc and Lbo, respectively. 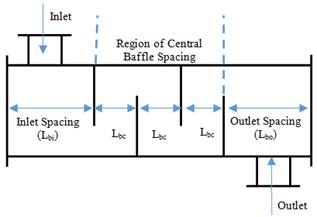 Baffle cut is the height of the segment that is cut in each baffle to permit the shell-side fluid to flow across the baffle. This is expressed as a percentage of the shell inside diameter. Although this, too, is an important parameter for STHE design, its effect is less profound than that of baffle spacing. Baffle cut can vary between 15% and 45% of the shell inside diameter. Both very small and very large baffle cuts are detrimental to efficient heat transfer on the shell side due to large deviation from an ideal situation, as illustrated in Figure 4. 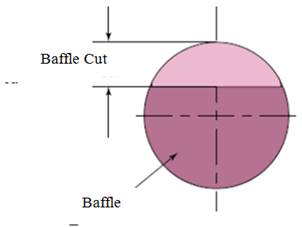 A selected shell and tube heat exchanger must satisfy the process requirements with the allowable pressure drops until the next scheduled cleaning of plant. The methodology to evaluate thermal parameters is explained with suitable assumptions. The following are the major assumptions made for the pressure drop analysis;

1. Flow is steady and isothermal, and fluid properties are independents of time.

2. Fluid density is dependent on the local temperature only or is treated as constant.

3. The pressure at a point in the fluid is independent of direction.

4. Body force is caused only by gravity.

5. There are no energy sink or sources along streamline; flow stream mechanical energy dissipation is idealized as zero.

6. The friction factor is considered as constant with passage flow length.[2] 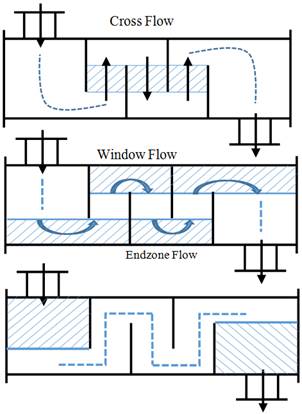 Step 1: Calculated the number of tube rows crossed in one crossflow section Nc.[5]

Step 5: Estimate the correction factor on pressure drop for by pass flow Rb.

Step 8: Calculate the pressure drop in the two end zones of the tube bundle ∆pe. 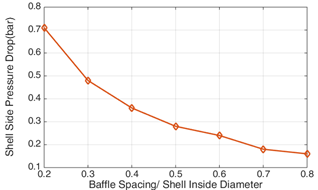 Figure 6. Pressure Drop in Shell Side on Baffle Spacing.

In all of the preliminary simulation, flow inside the shell is observed to be turbulent viscous model is selected to be K-ε turbulent model. [8] The result is investigated using the heat exchanger model with 0.4Ds to 0.6Ds baffle spacing for 25% baffle cut. In Figure 8, 10 and 12, velocity path lines for four baffles are given for the shell side velocity flow of 1.2m/sec, inlet boundary condition and outlet boundary condition is pressure, no viscous stress. 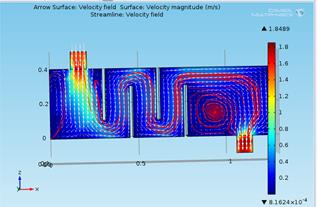 Figure 7. Velocity on Shell Side when Baffle Spacing 0.4Ds. 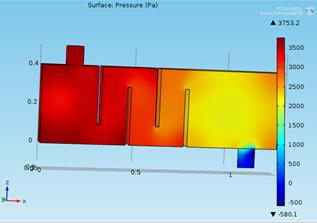 Figure 8. Pressure on Shell Side when Baffle Spacing 0.4Ds.

The flows hits the baffle plate, and the direction of the flow is changed.In Figure 7, the shell space behind the baffle is not effectively used for cross flow, as marked with a circle. For this reason, the pressure drop occurs high mark in Figure 8 and total pressure drop is 0.3 bar. 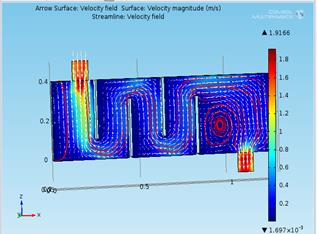 Figure 9. Velocity on Shell Side when Baffle Spacing 0.5Ds. 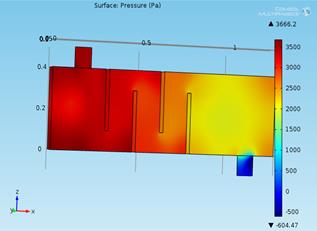 Figure 10. Pressure on Shell Side when Baffle Spacing 0.5Ds.

In Figure 9, the flow is obseved to be well developed.The cross flow throughout the shell volume and the recirculation zone appears little. So, pressure drop is effectively average in Figure 10, the simulation result gain 0.3 bar. 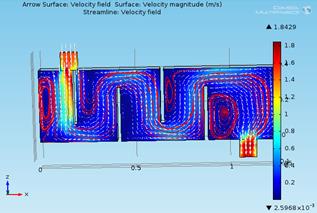 Figure 11. Velocity on Shell Side when Baffle Spacing 0.6Ds. 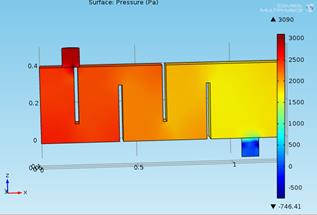 Figure 12. Pressure on Shell Side when Baffle Spacing 0.6Ds.

In Figrue 11, the velocity stream line of recirculation two zones appear and also occur decreasing pressure drop result in Figure 12 and is 0.23 bar.

In this research, in current numerical analysis, entire geometry to shell and tube heat exchanger including entrance and exist regions were considered as a domain of calculation, theoretical and numerical results have been compared a wide range of baffle spacing. Thus, as baffle spacing is reduced, pressure drop increases at a much faster rate than does the heat-transfer coefficient. This means that there will able baffle spacing to shell inside diameter that will result in the highest of pressure drop to heat transfer. This optimum ratio is normally between 0.4 and 0.6Ds for oil cooler of Locomotive.