Investing on the stock market is poised with high risks and high gains, hence, it attracts a great number of investors. Also, as far as information regarding stocks is concerned, it is often complex and has a lot of uncertainty, making it difficult to select attractive stocks. Even though the selection of attractive stocks is not easy for investors, Principle Component Analysis (PCA) can guide an investor in telling attractive stocks from unattractive ones. The PCA is more suitable in studying the covariance structure of a vector time series. It is appropriate when one have obtained measures on a number of observed variables and wish to develop a smaller number of artificial variables that will account for most of the variance in the observed variables; a variable reduction procedure.

Again, the decomposition of interrelated variables into uncorrelated components makes it convenient to use in analyzing the complex structure of financial markets. It has been applied to the study of market cross-correlation and systemic risk measurement (e.g., [5]) and to produce market indices in (e.g., [1]. [7]), also used principal component analysis technique reducing from the 19 stocks to 9 stocks for Nigerian stock exchange. The main task of feature extraction is to select or combine the features that preserve most of the information and remove the redundant components in order to improve the efficiency of the subsequent classifiers without degrading their performances. The result exhibited principal component analysis merit of quantifying the essentials of each dimension for describing the variability of a data set. In (e.g., [7]) further supported the use of principle component analysis for the identification of the most essential factors and in the process, considerably reducing the number of input variables to an efficient and sufficient sets (e.g., [6]), also applied principle component analysis on daily frequency observations on stock market indexes, long term and short term rate and interest rate spot exchange for nine countries (e.g., [6]) also showed that principal components analysis may be used to reduce the effective dimensionality of the scenario specification problem in several cases in (e.g., [10]) applied principle component analysis to the Korean composite stock price index (KOSPI) and the Hangseng Index (HIS) to reduce the data points into two components and observed that the co movement stocks clusters.

Moreover, the eigenvalue one criterion (e.g., [3]) is an approach for retaining and interpreting any component with an eigenvalue greater than one (1). That is, each observed variable contributes one unit of variance to the total variance in the data set. Hence any component that shows an eigenvalue greater than one (1) is accounting for a greater amount of variance than the rest of variables and components with eigenvalue less than one (1) is accounting for less variance than had been contributed by one variable. This criterion is very useful for its ability to always retain the correct number of components especially when a small number of variables are being analyzed and the variables communalities are high (e.g., [9]) investigated the accuracy of the eigenvalue one criterion and recommended its use when less than 30 variables are being considered and communalities are greater than 70 or when the analysis is based on over 250 observations and the mean communality is greater than or equal to 60. Again, the components can be selected using the screen test, with the screen test, the eigenvalues are plotted with their associated components. The breaks between the components that appear before the break are assumed to be meaningful and are retained. Also those appearing after the break are assumed to be trivial.

The purpose of this paper is to apply the principal component analysis in selecting attractive stocks from seven sectors on the Ghana Stock Exchange. This is to provide investors with a simple technique in selecting winning stocks for investments.

2.1. Source of Data and Methods of Data Analysis

This paper used secondary data of 34 stocks from the Ghana Stock Exchange (GSE) and Annual Report Ghana databases comprising the daily closing prices from the period 02/01/2004 to 16/01/2015.

The daily index series were converted into compound returns given by;

is the continuous compound return at time

is the current closing stock price index at time

This paper employed two quantitative unit root tests namely; the Phillip-Perron (PP) unit root test and the Kwiatkowski, Phillips, Schmidt and Shin (KPSS) test in other to establish the existence or non-existence of unit root in the time series under study so as to be able to ascertain the nature of the process that produces the time series.

The KPSS test was used to test the null hypothesis that the data generating process is stationary, Ho: I(0) against the alternative that it is non-stationary, H1: I(1). It assumes that there is no linear trend term and is given by;

is a random walk,

is a white noise series. The previous pair of hypothesis is equivalent to;

is true, the model becomes

is stationary. The test statistic is given by;

is the number of observations,

is an estimator of the long-run variance of the process

The PP statistic test of the hypothesis:

Under the Ho of p = 0, the PP test Zp and Zτ statistics have the same asymptotic distributions as the ADF t-statistic and normalized bias statistics. The PP test is categorized into two statistics known as Phillips Zp and Zτ tests given by;

is a maximum likelihood estimate of the error terms while

is the covariance between the error terms j-periods apart for

, when there exists no autocorrelation between the error terms,

This study employed this method in selecting stock(s) that characterized each sector. It involves a mathematical method that changes a number of correlated variables into a smaller number of uncorrelated variables known as principal components. The first principal component accounts for as much of the variance in the series (data) whereas each succeeding component accounts for as much variance in the series. Also, it is an eigenvector/value based approach employed in dimensionality reduction of multivariate data. It assists in finding patterns in data and expressing the data in a manner that highlights their differences and similarities.

Given a n-dimensional variable x =

, a few linear combinations of xi can explain the

structure. If x is the monthly lag return of n assets, then the Principal Component Analysis (PCA) can be used to study the origin of variation of these n asset returns. Also, PCA can be applied to either the covariance matrix

is a linear combination of the random vector x. If x consists of the returns of n stocks, then

is the return of a portfolio that assigns weight

stock. By standardizing the vector

. From properties of linear combination, so, random variables:

are uncorrelated for i

j and the variances of

are as large as possible.

The first principal component of x is the linear combinations

subject to the constraint

. The second principal component of x is the linear combination

subject to the constraints

. The ith principal component of x is the linear combination

subject to the constraints

. Since the covariance matrix

is non-negative definite, it has a spectral decomposition.

) are the eigenvalues and eigenvectors pairs of

. Then, the ith principal component of x is given by

are equal, the choice of the corresponding eigenvectors

and Xi is not unique. In additionally we have

Thus, the proportion of the total variance in x explained by the ith principal component is simply the ratio between the ith eigenvalue and the sum of all eigenvalues of

, the proportion of variance explained by ithprincipal component becomes

when the correlation matrix is used to perform the PCA. The results of the PCA is that a zero eigenvalue of

, indicates the existence of an exact linear relationship between the components of x. If the smallest eigenvalue

is a constant and there are only k − 1 random quantities in x, therefore the dimension of x can be reduced.

Moreover, it was clear that most of the sectors and stocks for that matter recorded much gains than losses for investors since most of them recorded positive of their mean returns. For the entire sample period, most of the stocks had their skewness positive or asymmetric in nature indicating that the upper tail of the distribution of the returns was ticker than the lower tail and that there were more chance of gains than losses. The excess kurtosis for all the stocks were greater than three (3) meaning the underlying distribution of the returns were leptokurtic in nature and heavy tailed and that there was more frequently extremely large deviations from the mean returns than a Gaussian distribution. This confirms that investors have been experiencing high levels of volatility on the GSE.

Table 2. PP Test and KPSS Test of the Return Series. 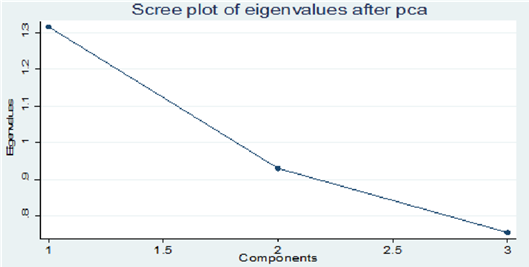 Figure 3. Screen plot of the Food and Beverage Sector.

* Selected stock under each component.