Abstract: In this paper will be discussed Napoleon’s Theorem on rectangles that has two parallel pair sides of the square case that built inside direction. The theorem will be proven by using congruence approach. At the end of Napoleon's theorem was discussed the development of Geogebra application in case of inside direction.

Look at picture 1, on the AB side was constructed

ABD equilateral triangle, and on the BC side was constructed

BCF equilateral triangle, and on the AC side was constructed 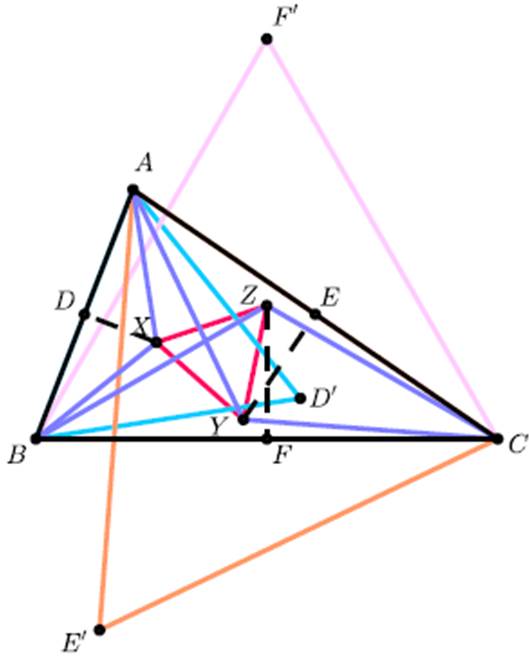 Figure 1. Napoleon’s Theoremon traingle in case of inside direction.

Theorem 1. On this case explained equilateral trianglethat constructed on each side of

ABC quadrilateral to inside. For example X, Y, and Z are center point of

BCF’, the points form equilateral triangle that can be called as Napoleon’s inside triangle, the illustration is showed on figure 1.

Proof: Picture 1 is the illustration of the proof of Napoleon’s theorem on the triangle that leads inside direction.

XYZ is equilateral triangle, will be shown that XY=YZ=XZ in accordance with trigonometry. By using basic trigonometry formula as follow

Then, by using cosinus directionon

3. Napoleon’s Theorem on the Quadrilateral

Theorem 2. It is provided quadrilateral that form as parallelogram ABCD. On each of parallelogramside is constructed ADEF, ABGH, CDKL, and BDKLsquares that lead into inside. For example M', N', O', and P' are each of square centre point that constructed into inside direction. If they are connected they will form M'N'O'P' square.

Then for the example W point is deduction point BC and AF line. Look at picture 2,

BTS, then the three angles are equal

TSB. Because of ADEFsquare is rotated 180°, so the ADEF square is straight with BCIJ so it is caused 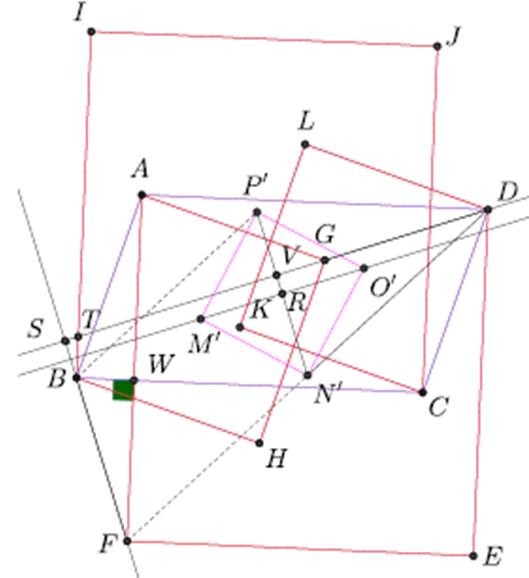 Figure 2. The Proof of Napoleon’s Theorem on the Quadrilateral.

4. Development of Napoleon’s Theorem on the Quadrilateral

Development of the quadrilateral Napoleon’s theorem developed based on quadrilateral parallelogram to a square in case of leads into inside direction.

Theorem 3. Given a quadrilateral parallelogram ABCD, and on each side leading into the square built. Then draw a line FG, EL, KJ, and HI. For example point Q, R, S, and T is the midpoint of the fourth line. If the four points are connected, the square formed QRST. 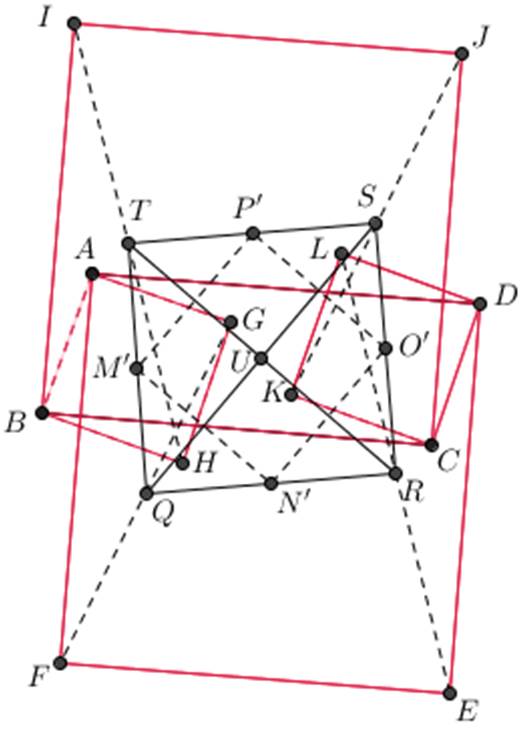 Figure 3. Development of Napoleon's theorem on the quadrilateral.

Furthermore, to make the square leads into, select the Regular Polygon can be seen from the way of construction, hover the cursor back to the image and select quadrilateral. To make a point of the center of each square choose Midpoint or center can be seen from the way mengkontruksinya, hover the cursor on the second point of the square diagonal [2, h.7]. Then connect the four points of the square center, forming a quadrilateral in. Note ilutrasi Geogebra application in Figure 4. 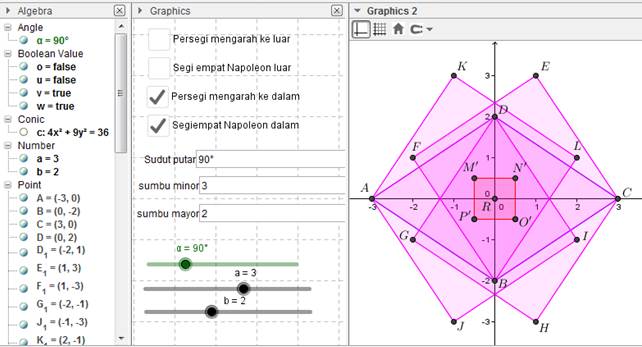 After several experiments Napoleon’S theorem in the quadrilateral thus obtained Napoleon's theorem applies only to the quadrilateral which possess two pairs of parallel sides like a square, rhombus, rectangle, parallelogram. Napoleon's theorem on the line leading inside the case is if the square was built on each side, the fourth point square center will be forming a square called the Napoleon quadrilateral. Proof of that is done by using the concept of congruence. Development of Napoleon on a quadrilateral theorem can be developed to form a square on the midpoint of the line so as to form a new square.