Abstract: When a ship moves in water with acceleration or deceleration, quantities of fluid moving around the hull creating additional hydrodynamic forces acting on the hull. It is imagined as the added mass which increases the total system mass and inertia moment. In order to establish the mathematical model for ship motion, the added components need to be determined. For a particular ship, these hydrodynamic components can be obtained by experiment. However, for ship simulation especially at the initial design stage it is necessary to calculate and estimate by theoretical method. This study aims to find out a general method to calculate all components of added mass and inertia moment in 6 degrees of freedom for simulating ship movement.

According to potential flow theory, no force exists when a rigid body moves at a steady speed through ideal fluid. However, once it accelerates, an hydrodynamic force experiences proportionally to the acceleration. The hydrodynamic force (FH) can be described [1]: 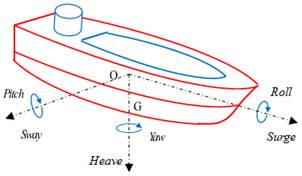 Where MS is mass and inertia moment matrix of the ship which is derived:

MA is added mass and added inertia moment matrix. Assuming that mij is a component in the ith direction caused by acceleration in direction j. It is defined as hydrodynamic force due to unit acceleration and consists of 36 components:

Added mass was first introduced by Dubua in 1776 [9] then was expressed mathematically and exactly by Green in 1883 and Stokes in 1843 [10] by expression of added mass of a sphere. Later many researchers generalized the notion of added mass to an arbitrary body moving in different regimes [4].

In the past, there were many studies determining the added mass including experiment and theoretical prediction.

For a particular ship, it can be obtained by experimental method. However, the experimental method is limited and cannot solve all added mass components. For simulating the ship motion especially in initial design stage, M has to be calculated by estimation method.

The principal for calculating of added mass is based on work of Ursell in 1949 [11] and Frank in 1967 [12] for arbitrary symmetric cross section. Then Keil introduced method for any arbitrary water depth based on a variation of the method of Ursell with Lewis conformal mapping in 1974 [13]. In 1967, Frank described the pulsating source method for deep water [12].

2.1. Elimination of Added Mass Components Due to Symmetry of Ship Hull and Added Mass Matrix

With marine ships, the body is symmetric on port-starboard (xy plane), it can be concluded that vertical motions due to heave and pitch induce no transversal force:

Due to the symmetry of the added mass matrix, it can concluded that mij = mji,:

The same consideration is applied for the longitudinal motions caused by acceleration in direction j = 2, 4, 6:

Thus, for a ship moving in 6DOF, 36 components of added mass are reduced to 18:

The problem is to determine all remaining components of the matrix MA by predictive method.

Basing on theory of kinetic energy of fluid mij is determined from the formula:

Where S is the wetted ship area, r is water density,

is potentials of the flow when the ship is moving in ithdirection with unit speed. Potentials

To calculate mij, the ship can be relatively assumed as a 3D body such as sphere, spheroid, ellipsoid, rectangular, cylinder etc. (fig. 2) 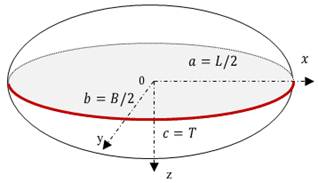 Figure 2. Ship assumed as an Ellipsoid

For simplifying the calculation, each component can be represented by correspondent kij called hydrodynamic coefficient.

d and L are maximum diameter and length overall. Inertia moment of the displaced water is approximately the moment of inertia of the equivalent ellipsoid:

The limitation of this method is that the calculating result is only an approximation. The more equivalent to the elongated ellipsoid it is, the more accurate the result is obtained. Moreover, this method cannot determine component m24; m26, m35; m44, m15 and m51.

Basing on this method a ship can be made up of a finite number of transversal 2D slices (fig. 3). Each slice has a form closely resembling the segment of the representative ship and its added mass can be easily calculated. The added mass of the whole ship is obtained by integration of the 2D value over the length of the hull. Components 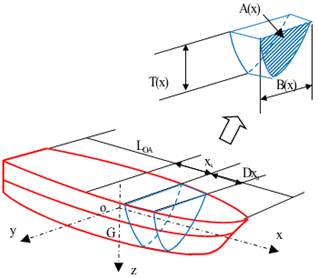 Figure 3. The hull is divided into slices.

Where mij(x) is added mass of 2D cross section at location xs.

In practice the form of each slice is various and complex. For numbering and calculating in computer Lewis transformation is the most proper solution.

and the unit semicircle is derived:

. By substituting into the formula (2.15), descriptive parameters of a cross section can be obtained: 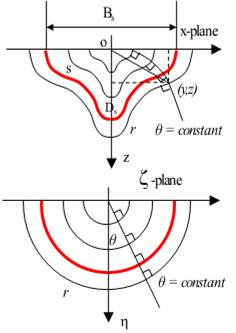 Where B(x), T(x) are the breadth and draft of the cross section s. Parameter p, q are described by means of the ratio H(x) and β(x).

Parameter θ is physical meaningless. It corresponds to the polar angle of given point prior to conformal transformation from a semicircle: π/2 ≥ θ ≥ -π/2.

of each section is determined by formulas:

is correction for the added mass which can be used the Pabst correction as the most well-known experimental correction:

is correction for the added moment of inertia using the theoretical formula:

It also necessary to note that specific forms of ships consisting of re-entrant forms and asymmetric forms are not acceptable for applying Lewis forms [4], [6].

To have a section accepted for Lewis forms, the area coefficient

It is understandable that

are relatively small in comparison with total added mass and can be ignored. Thus,

The Ellipsoid and Strip theory methods do not determine component m15. It is approximately considered that the component m15 and m24 are caused by the hydrodynamic force due to m11 and m22 with the force center at the center of buoyancy of the hull ZB [2]. Therefore:

Thus, the formula to calculate m15 and m51 is obtained:

When m24 and m42 can be obtained by the Strip theory method. 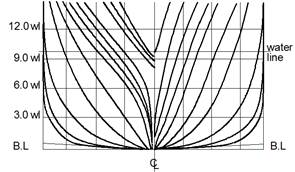 Numbering values of mapping are calculated and displayed in curves on computer in figure 6, 7 and 8. The results indicate that the transformation is relatively proper in comparison with the actual forms. 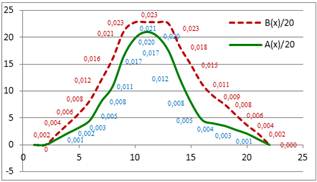 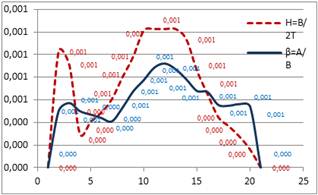 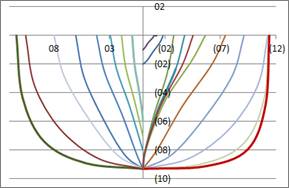 The calculating results of above suggested methods and experimental data are summed up and presented in table 3. The column "proposed" is the value suggested for application.

Basing on the above results, it is concluded that Strip theory method with Lewis forms can determine most component mij with high accuracy due to equivalent transformation. However, this method cannot determine component m11, m55 which can be solved by considering the ship as an elongated ellipsoid.

As for the component m15 = m51, this value is not so high, the estimation in the formula (2.54) is satisfied and acceptable.

All components of added mass and added moment of inertia can be calculated by combination of different methods. This study suggests a method to determine all components mij of the added mass matrix as in table 4 below: 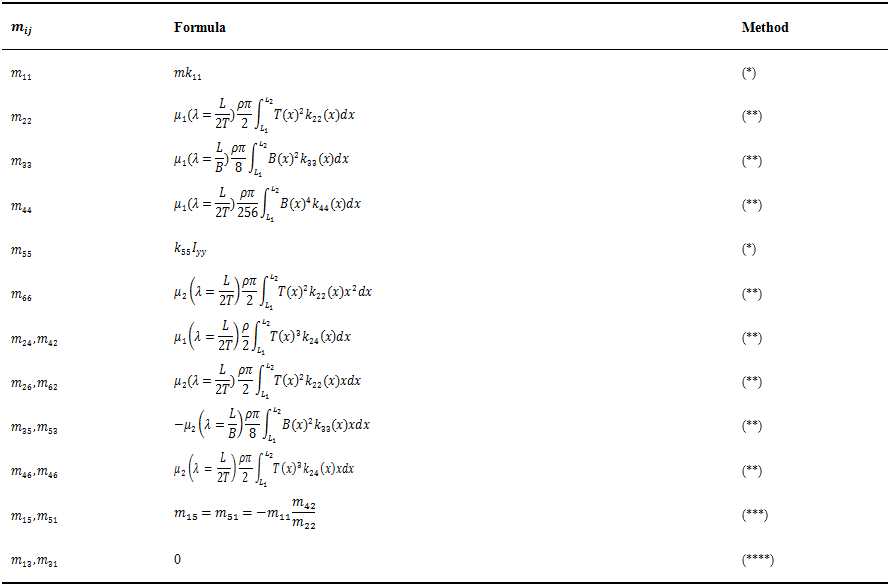 (*) determined by assuming the ship as an equivalent elongated ellipsoid.

In order to determine added mass and added moment of inertia, various methods are necessary to use for particular groups of component mij. The suggested combination method can determine all mij necessary to establish the mathematical model for motion of marine ships in 6DOFs used for computerizing simulation especially at the initial design stage.

However, for a hull with port-starboard asymmetry or re-entrant forms the Lewis shape of ship frame is inapplicable, further assessment for proper calculation should be taken into consideration for obtaining satisfied results.