Abstract: This study aims to discuss the possibility of developing a public bike – sharing system in Ho Chi Minh City, Viet Nam (HCMC). It focuses on two key issues: first are the advantages and disadvatages of promoting the use of bicycles and district 1, the central district of Ho Chi Minh City in implementing a bike - sharing system, and second are a number of solutions to address existing challenges regarding the development of this system. This study employs three methods: survey, in-depth interview and observation. The findings present seven advantages and five disadvantages in promoting the bike-sharing system and three solutions for improving the conditions of District 1 in adopting this system.

Since the beginning of 21st century, the number of vehicles in Ho Chi Minh City, Vietnam has growth rapidly, reaching a total of 7.5 millions in 20161. As a result, traffic congestion has become one of the city’s biggest problems (Figure 1). To address the problem, public transportation such as bus, train, taxi and water-taxi has been suggested as one of the potential solutions (see [2, 3, 6, 11].)

However, bike – sharing system is not new to Vietnamese people but most of them were established for tourism purpose and very few studies examine how public bicycle could contribute to relaxing the city’s traffic congestion [8].

This study was conducted in District 1, one of the central and historic districts of Ho Chi Minh City. As of June 2013, the district has 202,405 people in an area of 7.73 square kilometers, divided into four wards: Tan Dinh, Ben Nghé, Da Kao, Pham Ngu Lao (Fig. 2). 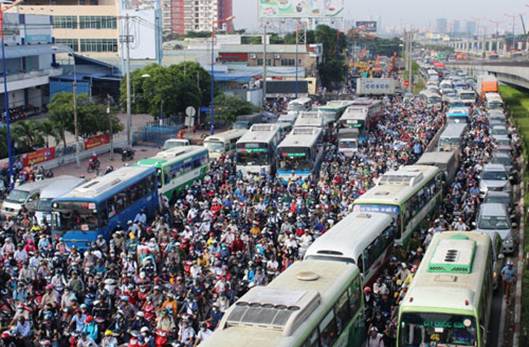 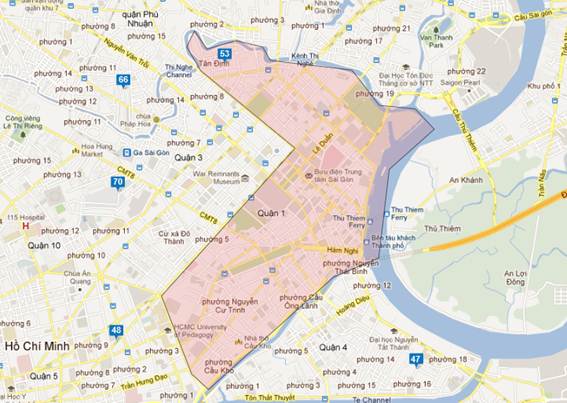 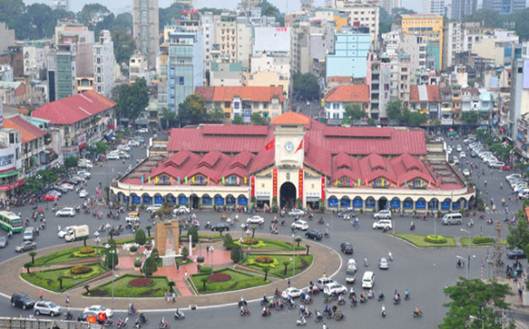 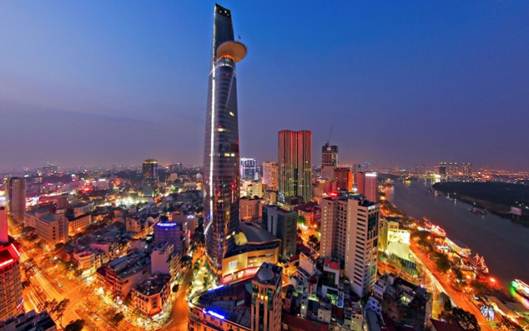 As a central district where the French placed their political quarter during the colonial area from 19th century to the middle of 20th century, district 1 nowadays is still home to a number of majorhistoric buildings and the heart of the city’s business and cultural activities [8]. In the future, the Metro system under current construction, once completed, will strengthen the connection between this district with surrounding areas and gives more options to passengers in terms of choosing their modes of travelling [1] (Fig. 6).

District 1’s traffic net is formed by thousands of alleys and streets which is not suitable for big vehicles, such as bus or car [9]. In opposite, small vehicles are suitable for district 1 traffic net, convinience is one of the biggest reason why motorbike is the most popular vehicle in district 1 (Fig. 5) [10]. Due to the similar structure between bike and motorbike, bike becomes the effective choice for District1’s traffic congestion. 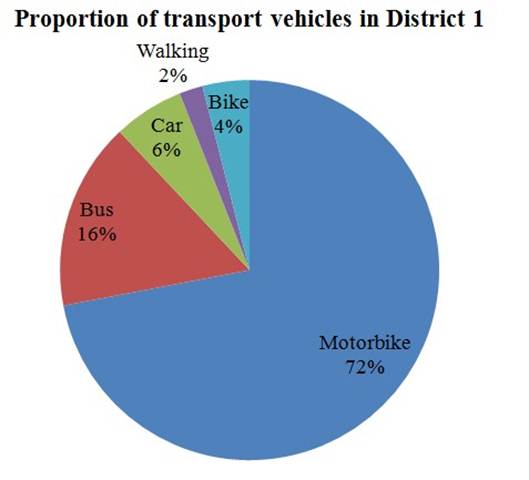 Based on Transit – Oriented Development (TOD) planning model which Ho Chi Minh City is headed to, this model need two or more public transportation services to integrated together. Due to bike’s characteristics is suitable for District 1 traffic congestion situation, bike – sharing system becomes the best public transportation model to be integrated with the Main Metro station in HCMC CBD, along with the public bus system [9]. 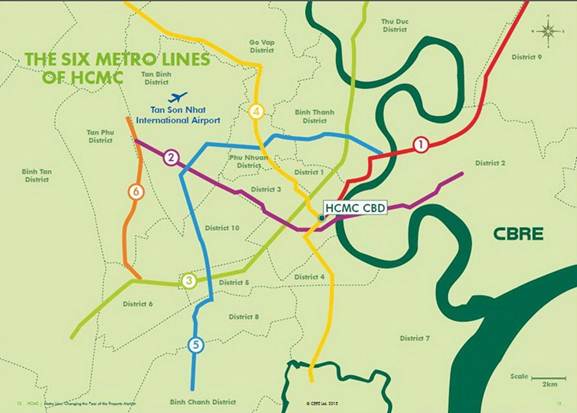 Face to face interviewing 100 people who are working and staying in district 1 including students, teenagers, officers, workers, etc in order to clarify not only residents awareness about benefits and harms of private vehicles, public transportation and advantages, disadvantages of bike – sharing system but also traffic situation in District 1.

There are six advantages could be mentioned in implementing the public bike – sharing project in district 1, number of public places which can be used as bicycle stations, high demand of changing vehicles and participating in the public bike – sharing system, the flat terrain of district 1, the best developed infrastructure in the place, bicycle user – friendliness, and the relevance of this place in developing such a system in accordance with Vietnamese government’s policy [1,5].

Firstly, district 1 has many public places with empty spaces that can be used as bicycle stations or parking lots such as the Youth Culture Center’s parking lot, Bach Dang Port Park, and April 30th Park, etc. Moreover, almost all the streets in district 1 have pavements which are friendly to bicycle users and easy for developing the bike - sharing system (Fig. 7 and 8). 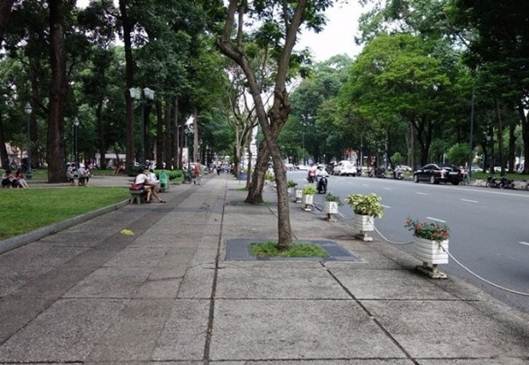 Figure 7. The 30th april Park pavement can be used for bike parking station. 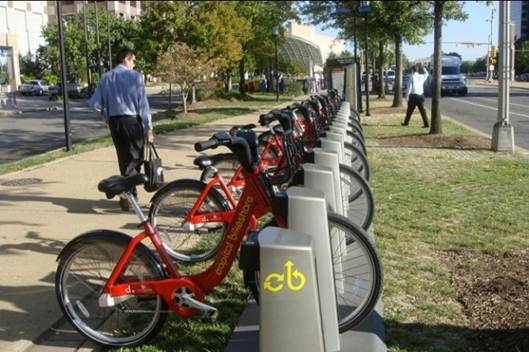 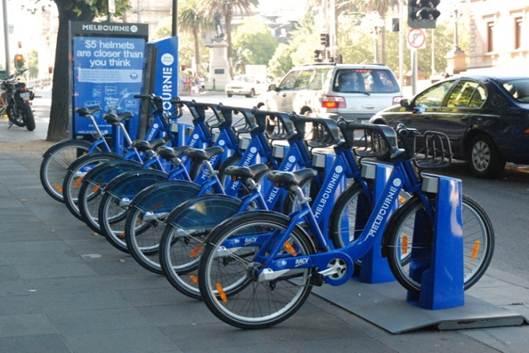 Secondly, district 1 have hundreds of public places, offices, financial buildings, and service shops which draws thousands of people come to district 1 for work, shopping and visit everyday. Moreover, population density of district 1 is 26.215 people/km2 and HCMC population density is about 3.925 people/km2 in 2013, population density of district 1 is 6.8 times higher than HCMC. Results show that 72% people want to change their vehicles to a different kind, 23% want to use public transport instead of private vehicles, and 74% people agree to use the public bike service if this system operates effectively. Therefore, bicycles and public bike very suitable to solve the traffic problem in district 1 (Fig. 9 and 10). 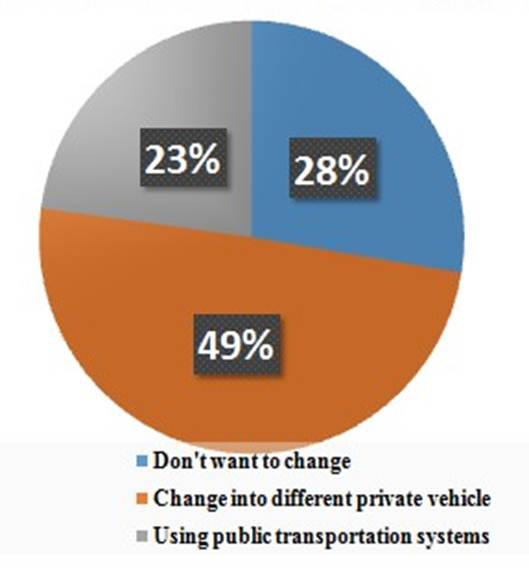 Figure 9. The demand of changing vehicles. 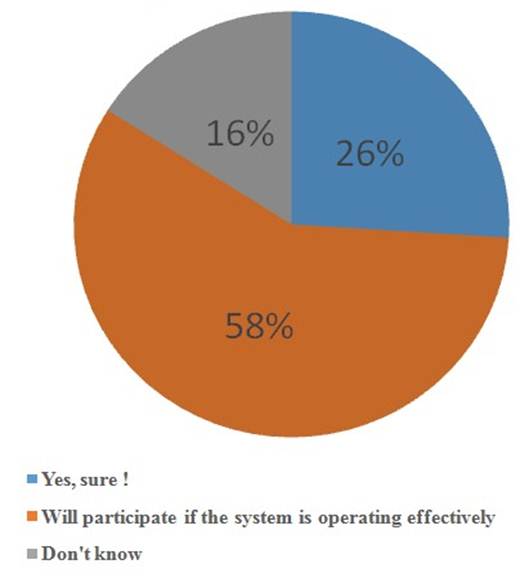 Figure 10. The demand of participating in public bicycle system.

Thirdly, HCMC has a relatively flat terrain, lower from the Northwest to the Southeast, which makes HCMC and district 1 very easy for people to ride bikes around the city (Fig. 11). 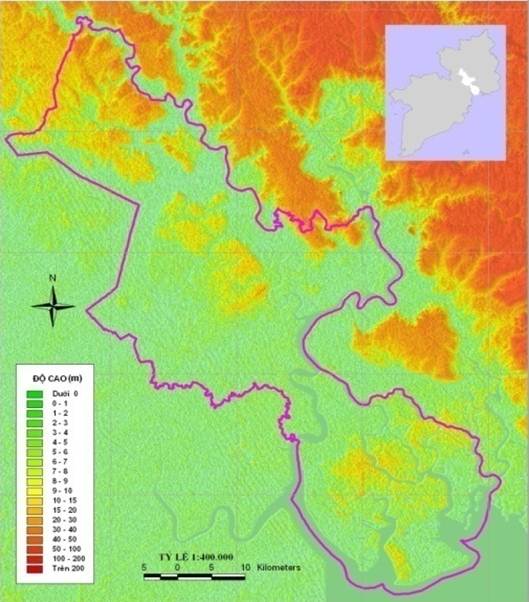 Fourthly, in district 1 travel condition, bicycle is the easy – to – use vehicle due to its mobility, fuel saving and environmental friendliness. Based on those characteristics, bicycles could be commonly used even in the rush hour when there usually is traffic congestion in district 1 in particular and HCMC area in general.

Fifthly, bicycle is a familiar vehicle to Vietnamese people for cause of two reasons: It is the vehicle used by Vietnamese children to go from one place to another and it is very similar to motorbike. Therefore, bicycle can be used as the main transport vehicle in Ho Chi Minh City.

Another advantage is the Vietnam’s policies supporting investment in public transportation to decrease the number of private vehicles, especially motorbikes to mitigate harmful impacts caused by such vehicles on the environment. Examples of these policies include the bus price subsidy policy, metro development policy and support policy [5] for developing public transport systems, etc.

Five disadvantages in implementing the public bike – sharing project could be identified: bicycle simple design which is easily affected by HCMC unusual weather, HCM citizens’ habit of using motorbikes, difficulty in asking for permission to regenerate and redesign urban spaces, theft and vandalism, consensus between stakeholders and city’s departments in applying this model in district 1, Ho Chi Minh City [1].

First of all, bicycle is relatively the same as motorbike, which is easy to be affected by unusual weather. According to depth interview, people feel inconvenient when using bicycles on bad weather day such as blazing sun or heavy rain.

Secondly, generally HCMC and district 1 residents have used – motorbike as the main mode of transportation as shown in chart 3 with 72% people who ride motorbike (Figure 12). Moreover, motorbike is the main vehicle for many people to go to work, hang out with friends, and go shopping due to its convenience in HCMC streets. Preference to using – motorbikes is one of the biggest difficulties to promote the public bike – sharing project. 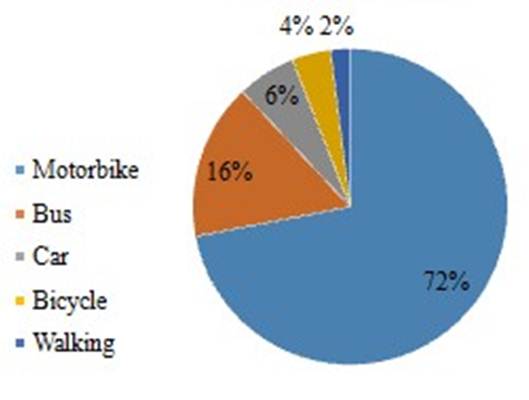 Figure 12. The proportion of motorized vehicles in district 1 of HCMC.

The third disadvantage of district 1 is its historical significance in HCMC, with many historic buildings. Therefore, it is hard for project managers to ask for permission to redesign pavements, buildings, and public constructions to suit the development of the bicycle system. In addition, public bike – sharing system will need a lot of money to be activated as it is to be implemented at a wide scale [7].

Theft and vandalism is another disadvantage of developing the public bike – sharing system. According to France 24, "Paris’ bike-share system, Vélib’, is reportedly set to significantly reduce its fleet due to rampant theft and vandalism, with 9,000 bikes reported mangled or missing in 2012 alone"; because of the bicycle simple design, it is easy to be stolen by theives or damaged by accidents or use process and it used to cost Vélib a huge loss of money [4].

There are 3 main solutions that can be used to support HCMC government in deploying and operating the bike – sharing system: encouraging people to use bicycles, applying modern technology integration, and socializing bicycles programs [1].

Firstly, encouragement of bicycle use can be made through propagandas on newspapers, books, banners, social networks, and internet, etc; announcing supportive policies for bicycle users; incorporating the content of public bicycle systems into school syllabi and extracurricular activities (Figure 13 and 14.)

Second key solution is the integration of modern technology including management and bicycle stations. Modern technology integration in the management of the3 public bike – sharing system is the use of modern technology to manage assets and user information such as setting up GPS chips inside bicycles to track their location; using electrical or magnetic cards as membership cards including user and system information when people want to use bikes; modern bicycle pattern withbetter materials which make bicycle lighter, more flexible and durable. In addition, integrating modern technology in bicycle station is neccessary because bicycle is easy to be stolen by theives or damaged if they were not stored carefully. 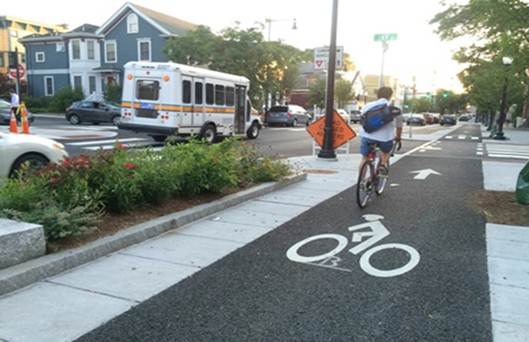 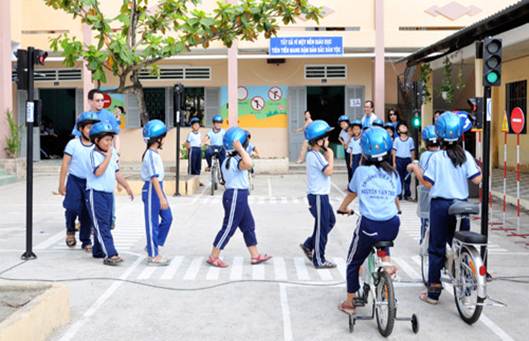 After 9 months of research on the public bike – sharing system and characteristics of district 1 and Ho Chi Minh City, it can be seen that the demand of using public transportation and public bicycle – sharing system is high, which can be an answer for HCMC’s transportation problems. Moreover, district 1, HCMC has many advantages for implementing the public bike – sharing system project; besides, there are some problems which need more time to be solved before implementing the project such as encouraging people to change their habit of using motorbikes or redesign urban spaces to suit the use of bicycles.

This research is supported by the Ho Chi Minh city University of Social Science and Humanity in the Project [10] on "Study on the feasibility of developing a public bicycle program and utilizing bicycles in the downtown area of district 1 in Ho Chi Minh City" in 2016.

Author wants to pay gratitude to his supervisor, Dr. Truong Hoang Truong, Dean of Faculty of Urban Studies, University of Social Sciences and Humanities USSH, for providing continuous support and guideline to perform this research work.