Abstract: Micronutrient deficiency has profound effects on physical and mental development eroding the quality of human resources. Micronutrient deficiency can lead to potentially harmful infections. Hence a study was done to combine the food groups to reduce the micronutrient deficiency. Purpose of the study was to formulate the nutri-dense burfi and assess the physico-chemical components of formulated nutri-dense burfi. Ingredients were procured from the local market. They were cleaned, peeled and washed. Weights were recorded, grated/ sliced, blanched and kept for dehydration. The dehydrated ingredients were ground, packed and sealed. Burfis were prepared using standard procedures. Results revealed that, the length of the burfi products ranged from 4cm to 5cm whereas the width measurement maintained at 3.5cm and thickness ranged from 0.5cm to 1cm.The chemical components of protein, fat, carbohydrate, beta-carotene in the incorporated products were higher as compared to the control products.

Micronutrient deficiency has profound effects on physical and mental development eroding the quality of human resources.

Micronutrients such as vitamin A, iron and zinc are also involved in the function of the immune system, their deficiency can lead to potentially harmful infections, and enhancing vitamin A intake may reduce maternal mortality (West et al., 1999). Hence, the combination of food groups helps to reduce the micro nutrient deficiency. This study was taken up to combat the micronutrient deficiencies which are the main public health problems. Hence, it was decided to incorporate the food groups to produce nutri-dense products.

Cereal grains contain relatively little protein compared to legume seeds, with an average of about 10–12 per cent on dry weight. Cereals are deficient in lysine and rich in methionine. Pulses are deficient in methionine and rich in lysine. Hence, there is an improvement in protein quality of both proteins. Therefore, amino acids can be balanced by a combination of cereals and pulses. Fruits and vegetables are available in large quantities. They are characterized by a high dietary fibre content resulting with high water binding capacity (Kumar et al., 2010). Vitamin A is an antioxidant which is key to the growth and repair of tissues and helps the body to fight with infections, keep eyes healthy, nourish epithelial tissues in the lungs, as well as of the skin. Therefore, maximum retention of beta-carotene is of utmost importance for the preservation of the attractive appearance and dietary value of the product. Apart from being high in carotenoids, carrots are also high in dietary fiber. Carrot is rich in insoluble fiber, could reduce cholesterol levels and can be should be exploited as an ingredient (Singh et al., 2006). Oil seeds and nuts are rich in protein and in addition they contain a high value of fat. Hence, they are not only good sources of protein but are concentrated source of energy, Srilakshmi, (2006).

There are many varieties of burfi, depending on theingredients mixed with it, viz., besan burfi (made with gram flour), kaaju barfi (made with cashew nuts), and pista burfi (made with pistachio) etc., and fruits/ spices added to it, viz., mango burfi, coconut burfi, and cardamom burfi etc. (Navale et al., 2014) However, burfi prepared with the combination of food groups have not been tried so far.

Objective of the study was to formulate nutrient dense foods by incorporating cereals, pulse, oilseeds, fruits and vegetables and to assess the physico-chemical components of formulated nutri-dense burfi products. 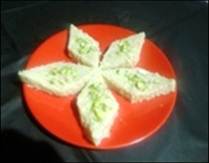 2.1. Procurement of the Materials

Ingredients were cleaned, peeled and washed. Weights were recorded, they were grated/ sliced, blanched and kept for dehydration. The dehydrated ingredients were ground, packed and sealed and would be used for development of products. Burfi preparation was done by boiling the sugar till it obtained a single thread. The other ingredients were then added to the boiling sugar syrup and mixed. The mixed batter was removed from the fire and spread on a plate and flattened. It was cut into a desired shaped and kept in a room temperature.

2.3. Formulation of the Nutri-Dense Burfi

The procured ingredients were standardized, incorporated and nutri-dense burfi was prepared by standard procedure and presented in Table- 1. Four types of nutri-dense burfi were formulated and standardized viz. BC, B1, B2 and B3 and were prepared using different proportions of cashewnut, amaranth flour, germinate green gram flour, dehydrated carrot, dehydrated beetroot and dehydrated papaya with groundnut, vanapati, sesame seeds, sugar and condensed milk to improve the taste, flavour and colour of the product.

2.4. Physical Characteristics of the Nutri-Dense Burfi

Diameter of burfi was measured by laying six burfis edge to edge with the help of a measuring tape rotating them 90oC and again measuring the diameter in cm and then average value was taken.

Thickness was measured by stacking six burfis on top of each other and measuring average thickness (cm). Weight of products was measured as average of values of four individual products with the help of digital weighing balance.

3. Chemical Analysis of the Nutri-Dense Burfi

Chemical analysis of the products was carried out by using AOAC (1980) standard methods.

Samples weighing 100g were taken and dried in oven at 60ºC. Then the dried samples were weighed and this value was subtracted from the fresh weight of the sample to obtain moisture content.

V1= Volume to which digested sample was made up.

Fat was estimated as crude ether extract using moisture free sample. The solvent was removed by evaporation and the residue of fat was weighed.

Five to 10 grams of sample was taken in a mixer grinder and 25 ml of acetone was added. It was transferred to a beaker, ground allowed to stand for 15 min and filtered. The residue was decanted and again subjected to acetone extraction. The procedure was repeated 3-4 times till the residue was colourless. The filtrate from each extraction was pooled and was transferred to a separating funnel. Fifteen milli liter of petroleum ether and 100 ml of 5% Na2SO4 solutions were added to the extract and the funnel was thoroughly shaken before allowing it to stand. The carotenes got transferred to petroleum ether layer. The extraction of carotenes using petroleum ether from acetone solution was repeateduntil acetone layer became colourless. Petroleum ether extracts were then pooled, volume was made up to 50 ml and beta-carotene was determined by measuring at absorbance 452 nm.

The mineral solution was prepared by dissolving the ash obtained after ashing the sample in a muffle furnace and ash was mixed with dilute hydrochloric acid.

Total ash was estimated by taking about 5g of the sample into a crucible (which has previously been heated to about 600ºC and cooled). The crucible was placed on a clay pipe triangle and heated first over a low flame till all the material was completely charred followed by heating in a muffle furnace for about 4 to 5 hours at about 600ºC. It was then cooled and weighed. This was repeated till two consecutive weights were same and the ash was almost white or grayish white in color.

The iron content of the sample was estimated by using atomic absorption spectrophotometer and the results were expressed in mg per 100 grams of the sample.

Mineral solution prepared from samples of products were fed to the AAS (Atomic Absorption Spectrophotometry) having appropriate hallow cathode lamps after getting values for standard solutions. Calculation of elements was done as follows:

Energy was calculated by differential method

3.8. Consumer Acceptability of the Nutri-Dense Products

A score sheet was prepared and developed burfi products were distributed to forty five members viz. staff members (25 nos.) and girl students (10 nos.). They were asked to write their opinions about the products. (Only B1 and B3 were selected for consumer acceptability because in sensory evaluation, among the three improved burfis, B1 and B3 were more accepted than B2).

B1- Carrot Burfi, B2- Beetroot Burfi, B3- Papaya burfi, BC- control

4.1. Physical Characteristics of the Nutri-Dense Burfi

Table 2 shows the physical characteristics of nutri-dense burfis. The length of the burfi products ranged from 4cm to 5cm whereas the width measurement maintained at 3.5cm and thickness ranged from 0.5cm to 1cm. B-1 had the maximum thickness (1cm) and B-3 had the minimum thickness (0.52cm). The thickness was the highest due to the rapid solid formation of the sugar present in the burfi paste when removed from the heat. It may also be due to the fact that, carrot contains more fibre and fibre has a higher capacity of binding with the liquid to form a shape and in this way solid formation happened in a short time.

Table 3 represents the chemical composition of Nutri-Dense Burfi Products. BC had the highest moisture content (6%).Protein content was the highest in B-1 (19.25g) and the lowest in BC (10.5g). Fat content was found to be highest in BC (20.2g). Since, BC was prepared from cashewnut fat content was more because cashewnut contains a higher amount of fat content. Total dietary fibre was the highest in B-1 (7.9g) and beta-carotene content was found to be the highest in B-1 (1250µg). It was also reported that, the moisture content in burfi significantly increased in the different levels of pineapple pulp due to the pineapple pulp content. The control plain burfi (T1) had highest protein content (14.91%). While pineapple burfi prepared with 25 per cent pineapple pulp had lowest (12.10%) protein content (T6). The average fat content in the burfi was significantly affected due to addition of pineapple pulp. Fat content in burfi was highest in T1 (21.95). Fat was decreased as the preparation of pineapple pulp in burfi increased. This might be due to low fat content in pineapple (0.14%) (Kamble et al., 2010). The beta-carotene content in blended flour was in the range of 0.56mg to 2.39mg (560 µg to 2390µg) with increase in carrot blend Mridula (2011). Hence, the result obtained in the present study was almost on par with the findings of the other researchers. However, in a study conducted by Navale et al., 2014, indicated that fat (%) and protein (%) significantly (P≤0.05) declined, while moisture (%) increased (P≤0.05) with the increase in the concentration of wood apple pulp in the product.

4.3. Mineral Composition of the Nutri-Dense Burfis

Mineral Composition of the Nutri-Dense Burfis is shown in table 4. Calcium content was the highest in BC (39mg). Iron content was the highest in B3 (8.9mg). It was observed from the table that, there is a high content of zinc (B1-21.58mg, B2-35.75mg, B3-45.24mg, B4-31.72mg) in all the four kinds of burfi. This is due to the high content of zinc in amaranth flour, green gram flour, sesame seeds and ground nut powder. Iron was undetected in B2. B2 contained beetroot which has 1.19 mg/100g of iron (Gopalan et al., 2007). Therefore, B2 would have contained some amount of iron. The reason that iron was not detected in B2 might be due to the error in reading the sample by a spectrophotometer.

Table 4. Mineral composition of the burfi products (per 100g) on dry weight.

B1- Carrot Burfi, B2- Beetroot Burfi, B3- Papaya burfi, BC- Control burfi

A combination of food groups will improve the nutritive value of a product and it may help to improve the micronutrient deficiencies of the public. After formulation it was found that nutritional improvement viz. protein, dietary fibre, beta-carotene, calcium, iron, zinc was noticed. However, beta-carotene in B2 was absent since beet root does not contain beta-carotene. In order to improve the health of the public, distribution of these products must be initiated Out of 100 percent, 64 per cent liked B1 and 73 per cent liked the product B3, which is a good result. It can be suggested that, taste can be improved more by a little addition of chocolate and texture can be made soft by not over heating the sugar syrup and taking out from the fire soon on preparation. Thus, the micronutrient enhancement in the products may help to improve the nutritional security.