Abstract: Stimulated by the recent work on quarks-gluons plasma we present E-infinity theory in the form of Cantorian monadic plasma and proceed from there to a general explanation of the Casimir effect and dark energy as a zero point vacuum energy which could be utilized via advanced nanotechnology to build a clean energy reactor with near to unlimited capacity.

Contents
1. Introduction 2. The Dimensional Function 3. The Monadic Quantum Mechanics and Quantum Spacetime 4. The Spacetime Cantorian Plasma Picture 5. From Cantorian Monadic Plasma to Ordinary and Dark Energy Density of the Cosmos 6. The E-Infinity Cantorian Plasma and the Zero Point Vacuum Energy 7. Discussion of a Paradigm Shift towards Empty Spacetime Vacuum 8. Conclusion

"When the cosmos was young, it was too hot for atoms or even stable protons and neutrons to form. Quarks and gluons buzzed around freely in a roiling swarm. Accelerators on Earth recently succeeded in replicating this state, called a quark-gluon plasma by smashing atomic nuclei together at near light speed. By studying the plasma as it cools, physicists can learn not just about the behaviour of quarks and gluons but also about the early evolution of our universe"

Here the present author may add that this is as near as mainstream physics [1-3] can come to a similar view point to that of our Cantorian spacetime [4-9] and our approach leading to the ordinary and dark energy density of the cosmos and that in a superb agreement with measurement and cosmic observations [8].

The present work aims at putting the highly intuitive picture of quark –gluon plasma [1] into a relation to Cantorian spacetime which obviously has the advantage of a stringent mathematical formulation of inert transfinite set theory [9]. Thus in a sense we are translating the rather mainstream but highly intuitive picture of the said plasma [1] to the language of self similar random Cantor sets and its associated highly structured golden mean rings of E-infinity theory [4-9]. The road we are taking here stretches from quantum set to the theories of extra spacetime dimensions and noncommutative geometry [10-15].

*) This paper is dedicated, in deep belated respect, to the memory of the imaginative inventor N. Tesla who died in 1943.

In anticipation of the next section we should mention that in the Cantorian E-infinity space picture, elementary particles and spacetime are made of each other via the zero set representing the first image of the quantum particle monad and the quantum wave monad which is the cobordism, i.e. the surface of the quantum particle monad [9]. The common cobordism of particle and wave then arises naturally as a random multi fractal with the same expectation topology equal to the cobordism of the quantum wave [4-9]. This multi-fractal is thus nothing else but the quantum Cantorian monad which gives rise to Cantorian quantum spacetime itself [4-6] (see also Fig. 1). This situation may seem superficially complex but it is not once it is elaborated upon via von Neumann-Connes dimensional function of noncommutative geometry [4-9], which we do next.

which in turn represents the quantum wave. This wave is then surrounded by an infinite hierarchy of smaller (fractal) spheres (surfaces) which may be seen as the emptier set

, i.e. the surface of the empty set quantum wave. Remarkably the average set of all zero and empty sets is an expectation value equal

exactly as should be. The preceding explanation amounts to a paradigm shift in physics where the totally empty vacuum of spacetime is taken as fundamental and everything else is derivable from it. To prove this point was a dream of Serbian American inventor N. Tesla who died in 1943 as well as Soviet physicist A. Zakharof. In fact in his later years Nobel Laureate J. Schwinger was a champion of cold fusion which comes very near to our present concept of a Casimir-nano energy reactor. 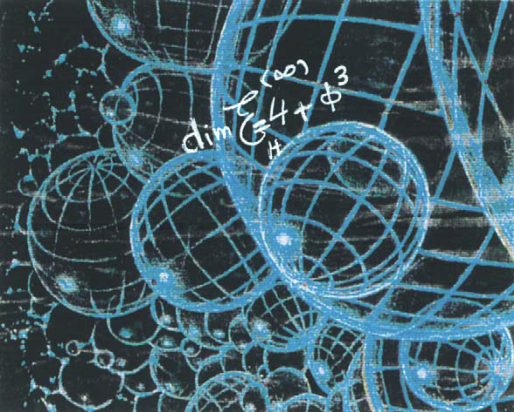 Fig. 1. Cantorian spacetime of E-infinity theory which is considered here to model our actual spacetime may be envisaged advantageously as in this artist impression.

Following A. Connes [7,9,10] one finds that the dimensional function of a Klein-Penrose compactified space [10,12] which is representative of the holographic boundary of our superstring |E8 E8| exceptional Lie groups universe [4,7], [10-13] is given by [10]

We move next to the monadic interpretation of this result which is basically an extension of the pioneering work of D. Finkelstein on quantum sets [15] and A. Connes on noncommutative geometry [10].

Quantum mechanics was initially developed, and contrary to relativity, without any reference to spacetime [12]. However in our E-infinity theory as well as noncommutative geometry and superstrings and M-theory, spacetime is fundamental [4-8], [11-13]. It was reasoned in various previous publications that the monad of the quantum particle is the zero set D(0) = (0,

) while the quantum wave monad is basically the surface of D(0), namely by Menger-Urysohn deductive dimensionality theory and von Neumann-Connes theory

[4-]. Now we conclude that the surface of the quantum wave or empty set monad must be an emptier set

. This is remarkable because the average Hausdorff dimension of a quasi multi-fractal made of the zero set and all empty sets, that is to say

because of the well known fact that [4-8]

is the zero set Hausdorff dimension in the bijection version of von Neumann-Connes dimensional function [4,7,10] (see Fig. 1). The intuitive interpretation of this result will be discussed next.

From the preceding analysis one could develop the following spacetime picture (Fig. 1) and we restrict it to a two dimensional projection of our space with the zero set particle represented by a

circle living in an empty set represented by

which is our Cantorian quantum space [4-7]. This is in a sense a Cantorian plasma corresponding in a fuzzy intuitive way to the quark-gluon plasma [1]. Next we look at the application of the previous analysis to dark energy [8].

5. From Cantorian Monadic Plasma to Ordinary and Dark Energy Density of the Cosmos

it is easily reasoned that the corresponding energy density

may easily be understood in this case as [14]

and consequently one finds in a similar way [14]

exactly as before [7,8]. Next we discuss the application of our theory to the Casimir effect and more general cases of zero point vacuum energy.

6. The E-Infinity Cantorian Plasma and the Zero Point Vacuum Energy

The Casimir effect is probably the most theoretically and experimentally documented manifestation of the zero point quantum vacuum energy. We take this Casimir effect very seriously which was linked to dark energy via a higher dimensional Möbius-like boundary of the holographic boundary [8]. As a result of this view it is not difficult to see that

exactly as found in earlier publications [8].

7. Discussion of a Paradigm Shift towards Empty Spacetime Vacuum

In the present paper we addressed many subjects that were wrapped together into a unity. This may be in some sense a paradigm shift taking Einstein’s insight of gravity being more or less the curvature of spacetime to its ultimate conclusion. Let us explain these main points in successive order:

A.  The most abundant matter in the universe is the non-materialist void around everything which we call empty space or real vacuum and which Einstein generalized to a geometrical manifold called spacetime.

B.  Spacetime is not just a stage where particles or particles and waves can perform their act nor is it a Pirandello play where audience, actors and Director interact together but far more than that. Cosmic spacetime on the quantum scale as well as on the Hubble scale is a unique theatre where everything is a by product of spacetime. In less prosaic terms, spacetime produces the quantum particle and the quantum wave and in turn the quantum particle and quantum waves produce spacetime and that in the most stringent mathematical meaning and not only as a metaphor.

C.  From our previous work and analysis we know that the photon has a fractal weight equal to

is not only only the Hausdorff dimension of a cosmos made of a single random Cantor set, but it is also the topological velocity of light and the fractal weight of the photon.

is nothing but Hardy’s quantum entanglement which was proven to be accurate both theoretically as well as experimentally. In other words the probability of finding a ‘quantum’ point in 11 +

is clearly the reciprocal value, namely

. On the other hand the probability of not finding any is clearly equal

. This shows that the average probability is simply the definite probability of one of the two outcomes of any measurement, namely

is the topological dimensionless dark energy of the cosmos leading to

and the ordinary energy density

). The average of both leads us again to Einstein’s formula.

F.   We surmised long ago that gravity is due to the passing of fractal time. Add this to the concept that there can be a Casimir force due to a gravity field and we end with a unified picture of all fundamental forces and the origin of all types of energies being spacetime vacuum and nothing else.

G.  Noting that cyrstalines increase the Casimir attraction we note that Fullerene nano particles can do this even better because the flat faces resemble mini Casimir channels and are currently our conjectured candidate for a nano Casimir reactor pending some actual experimental trials.

The above conclusions are presented once more in a condensed pictural and mathematical fashion in Fig. 1 and its lengthy legend.

Self similar quasi-crystal fractals manifest themselves to us on the largest as well as the smallest scales in nature. The cosmic fractal spacetime plasma and the quarks-gluon plasma are but an expression of this scale relativity theory [1-9]. These ideas are not entirely new and were considered before by many authors including Nottale, Ord, Finkelstein and Penrose [4,7,10,12]. What is new is our ability to calculate these vital physical effects connected to the big picture. Our model is really the simplest that there is because it starts with the basics of mathematics which is in turn the base of physics, namely set theory. Only three sets are needed in our present theory, the zero set, the empty set and the emptier still set. That way we have three concentric circles. The first is the particle with 0 and

as bi-dimensions, the second is the surrounding circle which is the empty set with

expectation values. That means our Cantorian plasma picture leads to a spacetime picture of a particle wave set floating in a space made of the surface of the particle wave in monadic form. Putting this "flat" universe in five dimensions leads us to the correct ordinary and dark energy density of the cosmos as well as to understanding the zero point vacuum energy to the extent that we can start thinking seriously about harnessing it using nanotechnology [8].