Abstract: One thousand two hundred and fourteen students (593 boys and 621 girls) from Shendi basic schools were subjected to study the goiter incidence among schoolchildren. Shendi area was divided into four geographical zones; north, south, east and west because there is a difference in the water sources. Pupils were subjected to clinical assessment by team of doctors from Shendi hospitals to determine the presence of goiter and it is grades. The assessment was done by palpation procedure according to world health organization (WHO,1990) and The International Council for the Control of Iodine Deficiency Disorders (ICCIDD) criteria. The distribution of goiter incidence among schoolchildren was 14.6% and 54.6% of them were females (15.8% in females and 13.3% in males). Grade 1A goiter was more prevalent (75.2% of goitrous cases). High incidence of goiter was observed in southern Shendi (23.4%) and low incidence in eastern (11.3%).

The adult thyroid is composed of two lateral lobes joined across the midline by an isthmus; it is firm, reddish brown and smooth. Histologically, the thyroid gland is composed of follicles which store the thyroid hormones (Danish, 2005). The thyroid cells have 3 functions: they collect and transport iodine; they synthesize thyroglobulin and secrete it into the colloid; and they remove the thyroid hormones from the thyroglobulin and secrete them into the circulation (Ganong, 1995). The relationship between the iodine intake level of a population and the occurrence of thyroid diseases is U shaped with an increase in risk from both low and high iodine intakes (Laurberg, et al, 2001)

Goiter is an enlargement of the thyroid gland that often produces a noticeable swelling in the front of the neck (Prescott, 1992). The iodine deficiency is the main etiological factor of endemic goiter worldwide (Andersson,et al, 2005) Goitrogens are foods, which suppress thyroid function by interfering with the thyroidal uptake of iodine (NHIC,2005).

5% in SAC indicates a publichealth problem (WHO, 2001). Goiter has traditionally been assessed by palpation, particularly in field studies. In the last decade, ultrasonography, which allows precise estimation of thyroid volume, has become the preferred method of assessment (Delang, et al, 1997). Goiter is treated according to the cause; if the thyroid gland is producing too much T3 and T4, radioactive iodine is given to the patient to shrink the gland and if goiter is caused by iodine deficiency, small doses of iodide are used (WHO, 2008).

The aim of this study is to determine the incidence of goiter among Shendi basic school children.

This study has been conducted in Shendi province that extends alongside the Nile River in the Southern part of Nile River State to the North of Khartoum on the eastern verge of the Nile.

Random sampling technique was used. Shendi town was divided into four geographical zones: north, south, east, and west. From each zone two schools (boys& girls) were selected randomly. This study was carried out during the period of January to February 2009.

Questionnaire including personal data was used.

Clinical assessment: A team of doctors and laboratory technicians were helped us in clinical assessment of the study sample children. Examination of the thyroid gland was by palpation procedure according to criteria endorsed by the World Health Organization (WHO,1990) and International Council for the Control of Iodine Deficiency Disorder (ICCIDD).

Classification of goiter size in this system is as follows:

According to geographical zones of the study area 27.8% of the sample were from eastern Shendi and 20.1% were from southern Shendi, representing highest and lowest percentages respectively. It is quite clear when the study sample was distributed according to sex and study zones, that the females were predominant in the four areas and formed 51.2% of the total sample (Figures 1&2).

The incidence of goiter among Shendi schoolchildren was shown to be 14.6% of the total sample. According to (WHO, 1990) goiter grades it is observed that grade 3 goiter was not detected in the study sample. Grade 2 goiter was recorded only in 2.8%, grade 1A in 75.2% and grade 1B in 22.0% of goitrous cases in study sample. The distribution of goitrous cases in the study sample according to sex showed that the highest incidence was in females (15.8%) as compared to males (13.3%) and this is represented in (Figures 3, 4&5). By distribution of goiter according to the geographical zones and sex among Shendi schoolchildren examined, it is quite clear that the highest incidence was in southern Shendi (23.4%) and the lowest was in eastern Shendi (11.3%). This is illustrated in (Table 1). The distribution of goitrous cases among Shendi schoolchildren examined with reference to age. The incidence was found to be increasing with age. It was lowest (11.0%) at 6 years and highest (16.0%) at 9 years and this is clearly evident in (Figure 6).

Figure 2. Sample distribution according to sex. 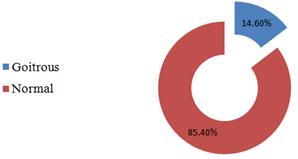 Figure 3. Incidence of goiter in the study group.

Figure 5. Incidence of goiter according to sex.

Table 1. Incidence of goiter according to Shendi areas. 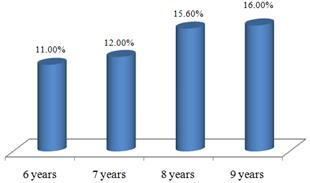 Figure 6. Incidence of goiter according to children age.

Shendi area was divided into four geographical zones; north, east, south and west according to the difference in water sources, to facilitation of sample selection and because most of the east Shendi population had different ethnic roots with different dietary habits. From four zones samples were selected randomly for determination of goiter.

Goiter was affecting both sexes with incidence of 13.3% in males and 15.8% in females with no statistically significant difference (p = 0.216) and this often, because there is no difference between both sexes in at this stage. The highest goiter incidence was detected in older children recording (16.0%) for those at 9 years and the lowest was at 6 years (11.0%). The difference in goiter incidence per age was statistically not significant (p = 0.093) and this may be related to the previous reasons.

According to regional distribution, the highest incidence was recorded in southern Shendi (23.4%), while the lowest was in eastern Shendi (11.3%). The difference in goiter incidence for zones was statistically significant (p<0.05) and this may be due the different sources of drinking water in the four areas where they may be containing elements (goitrogenic) which reduce the absorption of iodine in the body.

The increased goiter incidence during childhood in study area can be explained by the insufficient dietary iodine, less usage of iodized salt and goitrogenic effects in foodstuffs. Most of Shendi area population lack the knowledge about the role of iodized salt in prevention of thyroid gland disorders and this is reflected in high percent (77.5%) of Shendi people did not used iodized salt in their salt table and most of them (77.4%) did not hear about it.

The dealing with iodized salt differed according to culturing level; the people with graduate and post graduate level did know what's the iodized salt and were understanding its role and importance in prevention of goiter and thyroid problems but less of them (16.1%) were using the iodized salt regularly. According to International Council for the Control of Iodine Deficiency Disorder (ICCIDD), Shendi city falls in group 4; in which less than 20% of the households have access to iodized salt.

More health education of iodinated salt usage importance to inhabitants in study area is recommended. The authorities should assess the current situation of its salt iodization program in the area to identify the problems and to update its strategies and action plans.