Until recently, human resources have been overlooked during the course of health sector reforms (2, 3). A number of factors ranging from the individual to national level operate together to influence how health workers take up interventions to improve their work practices. Often this influence works through the local, personal, educational, professional, community, or institutional environment in which work takes place or the social, cultural, economic, and political environments more generally (4).

During the past 15 years in sub-Saharan Africa, many countries have been undergoing health sector and civil service reforms that directly influence the design of the public health care system and the use of human resources (6). For more than a decade, Ethiopia has been implementing health sector reform which is now in its fourth phase of strategic planning but studies revealed that the ability of any institution attract, retain and maintain competent and satisfied staff into its employment is very challenging (7). And to strengthen this idea, the World development report 2004 state, without improvements to the human resources situation, the health-related Millennium Development Goals cannot be achieved (8).

A study conducted on 499 health workers in four Nigerian’s hospitals revealed that about 64% of respondents disagreed or strongly disagreed that their hospitals had adequate staff in all key positions for health sector reform, 53% of the respondents disagreed or strongly disagreed that compensation were adequate for attracting, 57% of the respondents agreed or strongly agreed that opportunities exist for staff professional development and on-the-job training and keeping key staff, 69.9% perceived that there were inadequate facilities, and 39.5% line of reporting and authority are clear (1). Likewise, a study conducted in 551 health care workers of Ghana showed that 75% perceived lack of essential equipment, tools and supplies as a workplace issue affecting staff performance, and 94% perceived low salary as a workplace obstacle affecting staff performance (9). Another study in klang valley, Malysia showed that perception of health workers was influenced by age that older employees have favorable perception towards organizational culture. As well Jobs position, education and income also affect the perception of health workers (10).

Most studies suggested that increasing salaries and benefits, better working and living conditions, management and supervision, career advancement and training and keeping staff healthy are significant to keep staff and to have favorable perception. (12, 13). And Employees desire to feel that they are a part of something substantial. When this occurs, employees find enthusiasm for their future and that of their organization. One method of achieving this is through a united vision where employees are empowered by their leaders to work toward the vision and within a value system that is congruent with their own (14).

However, what is happening in developing country is, contrary to this. There is poor level of health worker perception, which has a negative impact on the performance of individual health workers, facilities and the health system as a whole. Moreover, it adds to the push factors for migration of health workers, both from rural areas to the cities and out of the country(12, 13).

Healthcare worker perception and its influence on changing clinical practices of health workers in low-income settings was rarely explored as a major factor that may mediate or modify the effects of interventions (15). Furthermore, the area well not studied and no published studies found that clearly describes the level of health workers perception and its determinants, despite the fact that Ethiopia is among under developed country by which staff attrition is very high . Thus this study will serve for researcher as baseline information and for managers to be aware and take a decisive measure that help to build a satisfied and motivated healthcare worker.

The objective of this study was to assess and determine factors that affect the perception of healthcare workers towards the institutional structure and Leadership.

Chiro and Gelmso Hospitals are located 320 and 372 km away from the capital Addis Ababa, west Hararghe zone, East Ethiopia. Facilities have 107 and 113 health workers respectively. The hospitals render services approximately 2,300,000 population of the zone and are the only hospitals found in the zone.

A cross sectional quantitative survey was undertaken. The study was conducted among 204 health workers. The sample size was estimated based on single population proportion (p). The formula:

Since there were no local data available for the value of P the sample size was estimated based on the assumption that 50% of health worker have good perception for organizational leadership and institutional structure with 5% margin of error, and 95% confidence level, the required sample size n had been 384. As the sources population was (< 10,000) correction formula were used, 218 were a total number of Healthcare workers of the two hospitals in 2012.

=139+10 %( non response rate) the total sample size was=149, but to increase the power of the study, it was conducted on all health workers who were eligible.

The collected data waschecked for its completeness, and then cleaned, coded, edited, and entered, using SPSS version 16. For descriptive analysis Response strongly agrees and agrees had taken as positive response and responses undecided, disagree and strongly disagree considered as negative response. To explore factors that affect perception of health workers, the assigned weights "1" for strongly disagree to "5" for strongly agree were added together. Then by using the summated scale multiple linear regressions were used in order to identify the predictors for the outcome variable. Variables with p-value less than 0.05 had taken to fit the model.

Leadership: the ability of administrative body of the two hospitals to influence, motivate, and enable others to contribute toward the effectiveness and success of the organizations of which they are members and have the following quality

• Communicates the vision or goal with employees

• Makes space and equipment available as needed for the provi­sion of care, treatment, and services

• Have a knowledge needed for their role

Health worker Perception: a process by which individuals organize and interpret their sensory impressions in order to give meaning to their environment and not necessarily based on reality, but is merely based on perspective of health worker towards

• Leadership of Chiro and Gelemso hospitals’

Perception of Institutional structure: is defined as perception of health worker of Chiro or Gelemso towards

Perception of Organizational climate: denotes perception of health workers of Chiro or Gelemso Hospitals whether the Hospitals are pleasant place to work, Values their employees , give enough emphasis on the quality of service it provides and open to their ideas.

Perception of Human resource: denotes perception of health workers of Chiro or Gelemso Hospitals whether the Hospitals have adequate staff , Compensation is fair, recruitment and hiring policy is clear and Staff are held accountable for getting work done according to clear performance standard.

Ethical clearance was obtained from Ethical Review Board of Jimma University College of Public Health and Medical Sciences. Permission was also collected from both hospitals. Verbal Informed consent was taken from all study participants. Name of the study subjects remain anonymous or any identification had not written on questionnaire.

A total of 204 health workers agreed to participate in the study out of 218, yielding a response rate of 93.6%. About 84% of the respondents were between 21 and 30 years. The median age of the participants was 25 years with a range of 21 to 54 years. About 80% of the participants were less than six years service having 3 years of median services with a range of 2 to 25 years of services.

3.2. Perception of Health Workers Towards Institutional Structure and Leadership of Gelemso and Chiro Hospitals

The percentage ratings of the healthcare workers’ responses classified in to four dimensions as of three for Institutional structure and one for Perception of Intuitional leadership. The dimensions are perception towards Organizational climate, Human resource, infrastructure and leadership as indicated in the tables below. Besides, the instrument used to asses perception of health worker towards institutional structure and leadership had a good internal consistency with a Cronbach’s of alpha =0.927 and 0.906 respectively.

Table 5. The perception of health workers towards Leadership of Chiro and Gelemso Hospital, East Ethiopia, 2012.

3.7. Factors That Affect Perception of Health Workers Towards Institutional Structure and Leadership

Since, the distribution residual is normal as shown in the Histogram and P-P plot, the relationship between outcome and explanatory variable is linear and observations are Independent, multiple linear regression were applied. 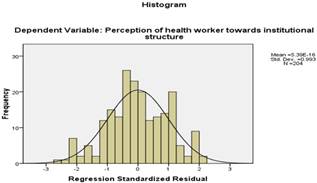 Figure 1. A Histogram that show the distribution dependent variable against the predictors. 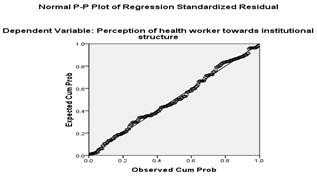 Figure 2. A P-P that show the distribution dependent variable against the predictors.

4.1. Perception of Health Workers Towards Institutional Structure and Leadership

This finding is quite similar with countries like Nigeria and Ghana. In Ghana, one of the most significant complaints pointed out by most categories of health professionals were lack of competitive salary, which makes them very dissatisfied and enable them to develop unfavorable perception towards institutional structure (1, 16).

The overall Perception of health workers towards institutional leadership in this study was 31.6%, only 32.8% of the respondents perceived that there is a formal problem solving in the hospital. Only 27 % (mean=2.61, SD=1.09) of the respondent had perceived that the governing body have adequate knowledge needed for their roles in the hospitals. And it was also revealed that the health workers perception regarding mangers leadership capability was very poor, these might be due to knowledge deficit on effective health system management. Additional to this lack a shared plan had also been a major problem in this study which accounts about 69.1%. at large greater proportion of health workers (68.7% ) did not perceive that the hospitals have a clear structure and decision-making process this finding was much lesser t from a study of Nigeria that revealed only 33.6% of the respondents perceived that the span of control and supervision was not reasonable (1).

4.6. Factors That Affects Perception of Health Professionals Towards Institutional Structure and Leadership

From this we recommend, for the mangers to promote health workers primarily based on their performance and formally provide the role and responsibilities of health workers in order to make staffs accountable for the thing they did it. Beside The management has to create equal opportunity to their employees on staff training and development. Above all government and management of hospitals have to do a lot to strength and equip hospitals infrastructure.

We warrant that this article is original, does not infringe on any copyright or other proprietary right of any third party, is not under consideration by another journal and has not been previously published.

We are most grateful to staffs and Managers of Chiro and Gelemso Hospitals and Administrators of West Hararghe Zonal Health department for their magnificent cooperation.