Urban rivers are originate from urban areas, some of which have a history of artificial excavation and evolution with characteristics of natural rivers and canals [1]. With the rapid expansion of urban area and the constant intervention of human activities, there have some serious problems in urban rivers such as consume a lot of water resource, decline in biodiversity, emit large amounts of pollutants, and so on. Urban river natural and economic functions have seriously decreased and social and economic sustainable development has restricted.

Human has realized the importance of urban river health and improved higher requirement about integrated functions of urban river. In 1990, the US Environmental Protection Agency (USEPA) started a series of environmental testing related to the evaluation plan which monitored and evaluated the status of rivers and lakes [2]. In recent years, the United Kingdom, Sweden, Australia and other countries conducted extensive research on urban river health, such as the British River Habitat Survey (RHS) [3]. Meyer considered urban river health should combined with social systems and take into account factors about human welfare [4]. Vugteveen reckoned river health not only to consider the function and structure of ecosystem, but also included the social and human values [5]; Australia provided the Index of Stream Condition (ISC) to evaluate the river health [6].

Zhengzhou, located in the northern China, has 124 rivers which include 11 big rivers in the city, such as the Yellow River’s tributary Ku river, Jialu river, Suoxu river, and so on. The city has 12 reservoirs and main channel in the middle route of the water transfer project from south to north, Long lake which constituted the Zhengzhou City river system. However, there are many urgent problems in the city river health, such as: flood control standard was low, irrational of water pollution and water quality function degradation. This paper researched the Jialu river which was highlighted in bold in the figure 1. Jialu rive length is 118.3 km, the drainage area is 2750 km2 and the average annual runoff is 299 million m3 in Zhengzhou [13]. It is the main drainage channel of Zhengzhou city. 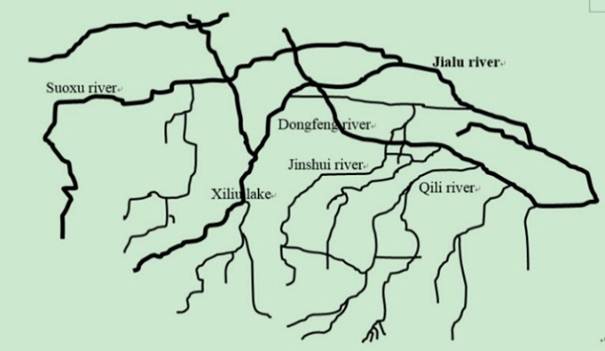 Table 1. The health assessment system and indexes criterion of the urban river.

Urban river health involved many factors about the nature and society which based on the actual situation of urban rivers. According to the national standards and reference urban river health criteria, the thesis proposed the grade criteria based on the health level {I, II, III, IV, V}={health state, good tend, sub healthy state, unhealthy state, sick state}, corresponding to the allocation interval: [0, 1], (1, 2], (2, 3], (3, 4], (4, 5].

Some traditional evaluation methods, such as analytic hierarchy process, fuzzy comprehensive evaluation and the gray theory influenced are based on the expert subjective factors. In this paper, projection pursuit and variable fuzzy set theory evaluated the indicators based on the objective data. The comprehensive method was suitable for the urban river health which involved multiple indexes and interdisciplinary study of factors. In this paper, projection pursuit [19] was a method that can be used in high dimension data analysis, both exploring analysis and certainty analysis. Projection pursuit can imitate experienced data analysis to make clustering and sorting by a new item which combine whole spread degree and partial agglomeration degree. Projection pursuit including the following steps:

Suppose the sample collection of each index was

is the value of index j, n, p are the number of samples and indices respectively. For eliminating the dimension of the indices and normalizing the variety range of each index, unitary numerical value can be carried by the following formula:

For the index that more big more excellent:

For the index that more small more excellent:

is the normalized sequence of eigenvalue index;

are the maximum and the minimum values of the j index respectively;

Calculating the comprehensive projection eigenvalue function. The n dimension data can be integrated to the single dimension projection value yi based on

where yi is the projection direction of projection values; b is a unite length vector.

is the average value of sequence yi; R is the window radius of the partial density, it must be considered that the average number of projection points in the window not very few when the R value choosing to avoid the big average deviation of slippage, and to avoid it increase too much with n increasing. R can be determined according to experiment, it is commonly

; rik is the distance of samples

f (t) is a unite rank spring function, it is 1 when

Projection values obtained by above, it can calculate the weight of different evaluation indexes in evaluation system:

Where wij is the weight for assessment indexes.

Variable fuzzy set theory [20] was based on both probability theory and fuzzy theory and provides a new idea and approach for solving multi-objective decision-making problem among uncertain system. The procedure of variable fuzzy evaluation is described as follows:

be a finite set of n feasible alternatives with m criteria to be considered, then the decision-making matrix can be denoted as

, where xij is the value of the i th criterion for the j th alternative for all

Assessed all values in X in the priority intervals between consecutive rankings and let the priority criterion matrix Iab be:

and let M be

M can be determined by midpoint value of intervals

Comparing xij and Mih, if xij locates at left side of Mih (xij < Mih), its difference function is

And if xij locates at left side of Mih (xij < Mih), its difference function is

According equation (9)-(11) and normalization processing, the relative membership grade set can be obtained and let the set be

The data of the Zhengzhou city river health assessment are mainly from the Zhengzhou City Water Resources Bulletin and Zhengzhou City Ecological River System Planning Report and River in Zhengzhou City Census [21, 22]. Other quantitative indicators of the status value was mainly related to consult expert advice which can conclude the value of status quo and data sources for each indicator on the basis of data collection.

Through the score of each first-class index and overall score of the river (or samples of the river) through weighting of the Comprehensive Evaluation. Calculated values and evaluation results are presented in the Table 2.

Table 2. The health evaluation factor weight and reference sources of the evaluation indexes of the Jialu river.

From the Table 2, the comprehensive scores of the first level weight were:

From the table data, the natural features was 0.327 which illustrated the natural ecological health was the basis of urban river. The scores of the landscape environment and environmental features were 0.23 and 0.245. The lowest weight of the first level index was the socioeconomic, 0.198 total of the first levels were the 22 secondary indicators, the river water quality pollution was the highest weight, 0.272 which meant that the river was a high degree of industrial pollution. The other 12 additional indicators were below the average value which accounted to the total indicators, 54.5%. These showed that the overall health of the river system was instability based on the urban river health assessment results of Jialu river and evaluation score of each indicator.

Table 3. The grade distribution of health evaluation indexes of the Jialu river.

From Table 3, the river health level was consistent to the results with the actual investigation by evaluation features at all levels. Results showed that the Jialu river is in sub healthy state, which environmental characteristics and social economy was in sub health tend to unhealthy state, the environment and natural landscape features was in good tend to sub healthy state. The set pair analysis method and the fuzzy analysis method calculated the urban river health to show that the results were the same to the paper method and correspond with the actual situation. Therefore, the urban river assessment model can provide guideline for the health assessment of urban rivers.