During the past decades, knowledge has emerged on the effect of vegetarian diet on nutritional status [1]. There is evidence that well-planned vegetarian diet provides numerous health benefits and is appropriate for all stages of life cycle [2]. Considering health hazards of consumption of protein rich diet deriving from animal sources, proportion of vegetarian or people consuming vegetable-based diet is increasing globally [3], [4], [5], [6]. Global health economy is recently experiencing high burden of chronic diseases as cardiovascular diseases, cardiovascular disease as well as endocrine disorders like diabetic mellitus with sufferings from malignancy [7], [8], [9], [10]. This situation has led the concept of vegetarianism to become much popular not only in developed countries but also in developing one [11], [12], [13]. On the other hand, vegetarians are often deficient in different macro as well as micronutrients especially vitamin B12 and the sufficiency mainly found in animal food sources [14]. Chronic deficiency often manifests with clinical syndrome and need appropriate medication or replacement through properly planned diet or vitamin supplements. In most of the cases, inadequate knowledge about the food sources of such essential micronutrient as well as the availability of the particular food items might be the underlying causes. Like other developing countries, Bangladesh is now burdened with pretty high rate of chronic diseases among the general population [15], [16]. As a result, vegetarian diet is now becoming familiar and considered as healthy diet as appropriate medication. A very recent study revealed favorable lipoprotein status among rural Bangladeshi vegetarians indicating the importance of consumption of vegetable-based diet [17].

Vegetarian diets, given their restricted nature, are different from omnivore, non-vegetarian diets in many ways. They tend to have higher proportions of whole grains, nuts, fruits and vegetables, and as a result have higher dietary amounts of fiber, antioxidants, vitamins C and E, potassium, and magnesium. They are also generally lower in calories, saturated fats, cholesterol, long-chain n-2 (omega-3) fatty acids, ecosapentaenoic acid (EPA), decosahexaenoic acid (DHA), iron, zinc and vitamin B-12. Meats and meat products are a rich source of these nutrients.

Vegetarian diets that restrict dairy or egg consumption are also lower in vitamin B2, Vit D, and calcium [21]. This lack of calcium may put vegans, who do not take supplement, are at risk for bone fractures; A comparative study of vegetarians and omnivores showed no difference in risk for bone fractures between omnivores and ovo-lacto vegetarians, but vegans had a 30% higher risk [22]. In fact lacto- and ovo-lacto vegetarians may consume more calcium in their diets than non-vegetarians.

The study was conducted among selected vegetarian and non-vegetarian respondents aged 20 to 40 years in Tangail region.

The study was conducted at Sabalia, Battola, Kagmari area to collect data from randomly selected vegetarian and non-vegetarian respondents.

The purpose of the pre-test was to test the content, wording, and expression, the topical sequence of questions and duration of the interview and the reliability of some items. After pre-test, the questionnaires which were related for quantitative data collection were improved and reformed to ensure content coverage, the reliability and validity of the study. The anthropometric data were collected based on standard methods.

Questionnaires were checked each day after interviewing and gain these were carefully checked after completion of all data collection and coded before entering into the computer. To minimize the errors after entering the data set into the computer, these are checked and resolved by correction.

All the statistical analysis and all other data processing were done by using SPSS 17.0 windows program. For tabular, charts and graphical representation Microsoft word and Microsoft excel were used.

Table 1. Distribution of the respondents by socio-demographic features.

Table-2 shows that various information about vegetarian respondents. Among them 64% respondent have been vegetarian for 1-10 years old, 26% respondent 11-20 years and 10% respondent 21-30 years old. There are various causes of become a vegetarian. Among them, 10% for health issues, 82% for religion and 8% for family up-bringing. 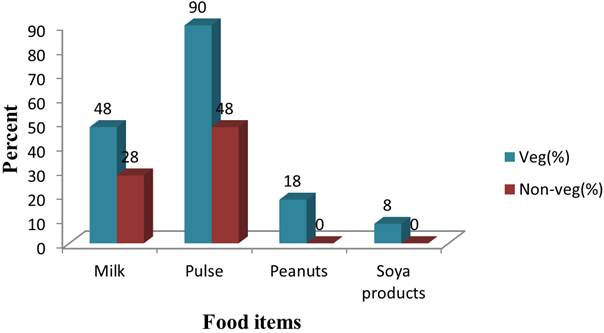 Figure 2. Daily Consumption of protein based food among vegetarian and non-vegetarian respondents. 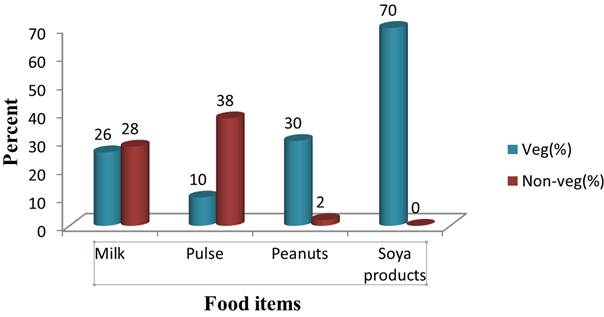 Figure 3. Comparison of weekly consumption of protein based food between vegetarian and non-vegetarian respondents.

Table 3. Comparison of anthropometric measures between vegetarian and non-vegetarian respondents.

Table 4. Distribution of the respondents’ nutritional status by using Body Mass Index (BMI) as an indicator.

Table 5. Disease condition of the respondents.

From the clinical information we found that there are some nutrient deficiency disorder due to low consumption of vitamin and mineral rich fruits and vegetable.

Nutritional status depends not only on food intake, but also on the body's ability to utilize these nutrients, which may be influenced by other health factors. In this study 26% vegetarian of the respondents were sufferings from some sort of illness during last 15 days while it was 54% among non-vegetarian respondents. A healthy plant-based diet requires planning and discipline.

Though socioeconomic situation of the studied sample were same, according to our anthropometric analysis, the prevalence of underweight among non-vegetarian were higher than that of vegetarian adults. There may be several socio-economic and hygienic factors associated with this phenomenon. Further studies needed to find out the effects of vegetarian diet and non-vegetarian diet on human health.